What’s The Deal With The Apollo Milkstool?

A Saturn IB perched atop a launch pedestal is an odd but iconic image of the end of the Apollo era. Here's why it existed. 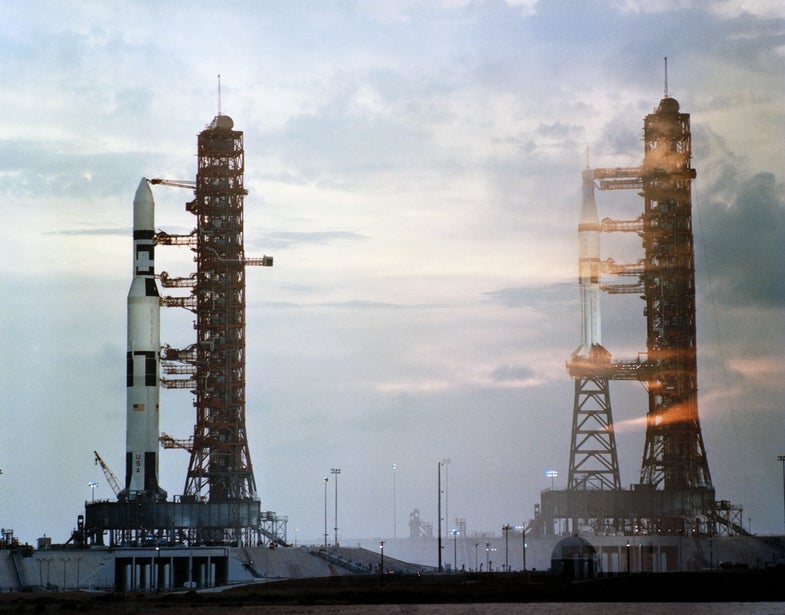 The sight of a rocket standing tall on its launchpad ready to carry men to the Moon is an iconic and powerful image of the Apollo era. The sight of a rocket sitting on a stool on the same launchpad is maybe a little less powerful and almost awkward for the Apollo era, but no less iconic. The milkstool was unconventional, perhaps, but nevertheless an vital piece of technology that helped NASA close out its last vestiges of the Apollo program. 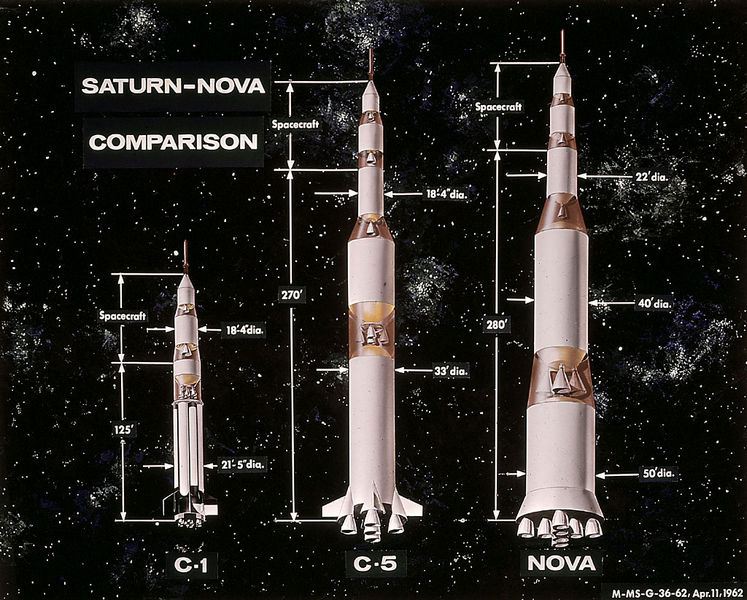 A Refresher on Saturn Rockets

The story of the milkstool goes hand in hand with the story of the Saturn family of rockets. These launch vehicles migrated to NASA from the US Army when Wernher von Braun and the Army Ballistic Missile Agency were transferred to the space agency in the spring of 1960. At the time, the would-be Saturns existed as a series of concept rockets whose exact configuration was somewhat in flux. NASA was still hashing out the details of what its followup program to Mercury would be, a conversation that only got more complicated a year later when President John F. Kennedy promised America the Moon. NASA had a goal but didn’t exactly know how to get there.

As the details of what became the Apollo program slowly fell into place, one thing that was immediately clear was that landing on the Moon would require a massive rocket. And so, in late 1961, NASA committed to developing von Braun’s C-5.

The C-5 was a three-stage rocket with five F-1 engines powering its first stage, five J-2 engines powering the second stage, and one J-2 in the S-IVB third stage. It was a rocket that could handle a number of different missions, delivering either 249,000 pounds into low Earth orbit or more than 90,000 pounds to the Moon, enough mass for a circumlunar flight or a manned landing mission.

But there were a lot of elements in this rocket that would need to be tested before it could launch these audacious missions. So NASA decided to use smaller versions of the C-5 as test beds. 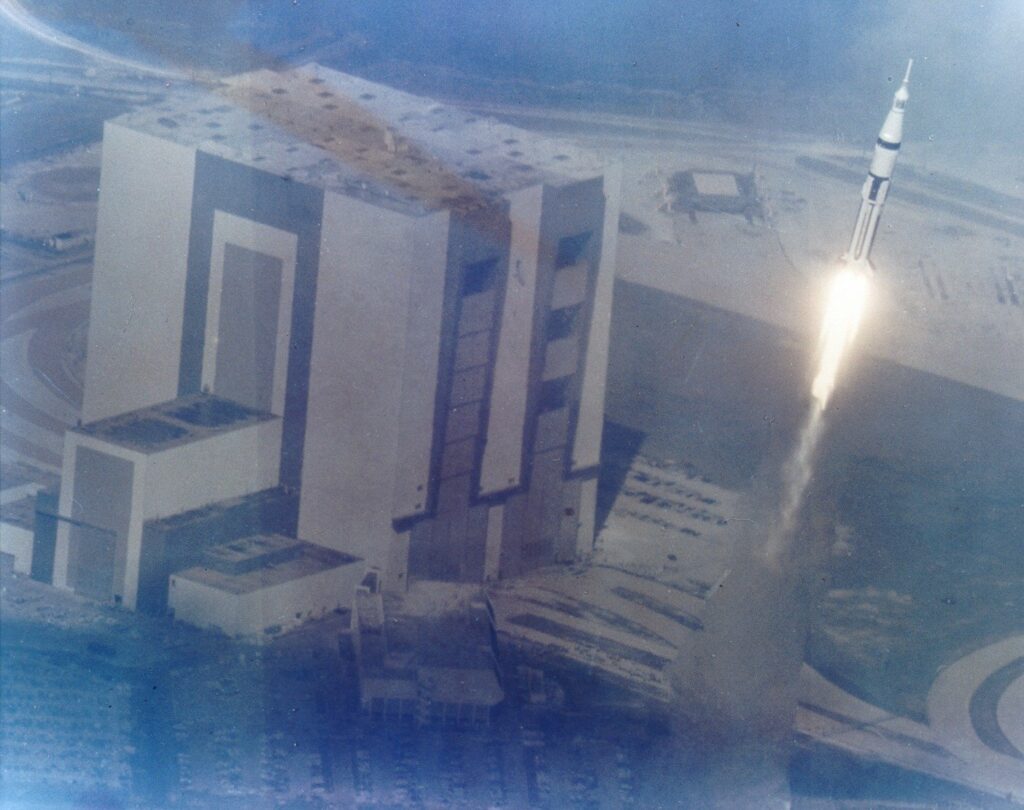 The first iteration was the C-I, which was a rocket designed for vehicle development missions. This two stage rocket with a S-I first stage and an S-IV upper stage would be able to test certain lunar spacecraft elements in orbit and the Earth reentry phase by default as they fell back to Earth. A second interim vehicle was the larger C-1B. This two stage rocket was almost the same as the C-I but it used the more powerful S-IVB upper stage in place of the S-IV. Not only would the C-IB test lunar-bound spacecraft hardware, it would also test the S-IVB’s orbital relight capability. This was hugely important. By design, the lunar landing missions would stop in Earth orbit before going to the Moon, which meant it needed a rocket stage that could reignite in orbit to send the spacecraft towards the Moon. Without this relight capability, Apollo wouldn’t leave orbit.

On July 11, 1962, NASA announced that the Apollo lunar landing program would go to the Moon using Lunar Orbit Rendezvous using one C-5 per flight. The same day it also formally endorsed the C-1B rocket as the Earth orbital test bed for C-5 hardware.

In early in 1963 against the backdrop of Apollo taking shape, NASA Headquarters announced a new nomenclature for this C-family of large rockets. Coming on the heels of the von Braun-designed Jupiter rocket, the numeric designations stuck but the series on the whole was renamed Saturn for the next planet out in the Solar System. The C-1 was renamed the Saturn I, the C-1B was renamed Saturn IB, and the C-5 renamed Saturn V. Nova, an even larger rocket with eight F-1 engines powering its first stage then under development, was never mentioned.

The Saturn I lived up to its originally set task of testing Saturn V and Apollo hardware in orbit. The Saturn IB did as well, though this rocket bore the added responsibility of launching the first manned Apollo mission.

On October 11, 1968, the Apollo 7 crew left the Earth atop a Saturn IB. They launched from launch complex 34, the pad on which the Apollo 1 crew had perished in a pre-launch fire the previous January, also atop a Saturn IB. The mission was an Earth orbital shakedown cruise of the Apollo Block II command and service modules, the one designed to support the lunar landing missions. The lunar module, still unfinished by that point, was absent. The Saturn IB couldn’t have launched the full stack into orbit anyways.

The lunar module was so far behind schedule that the next mission, Apollo 8, was also scheduled to fly with just a command and service module. But Apollo 8 would take both spacecraft to the Moon meaning the mission would be the first to launch on a Saturn V, and the larger rocket meant launching from complex 39 rather than 34, the complex built to handle the much larger rocket. 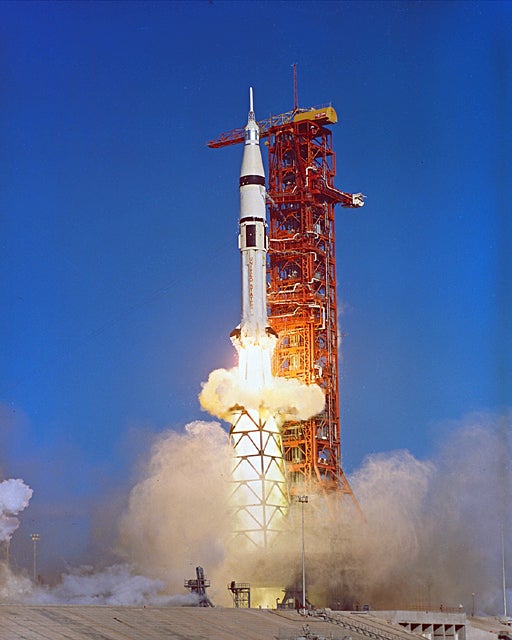 A Saturn IB launching from a milkstool

What To Do After the Moon?

With a slew of Saturn V-launched lunar missions on the horizon, NASA remained committed to the Saturn IB as a launch vehicle, not for Apollo but for the Apollo Applications Program, a program designed to push Apollo hardware beyond lunar missions. But AAP missions were on the docket for the early 1970s. Maintaining launch complex 34 and the pad crews during a multiyear hiatus was a costly venture, especially considering NASA’s funding was steadily decreasing.

Modifying complex 39 to launch a Saturn IB would be difficult, but not impossible. A February 1969 study into launching the Saturn IB from complex 39 came up with the novel solution of putting the smaller rocket 128-foot tall pedestal so the S-IVB stage and Apollo spacecraft would line up with the service arms and umbilicals designed for the Saturn V. The pedestal solution was estimated to cost about $5 million, which was about one-third the cost of developing a new complex. 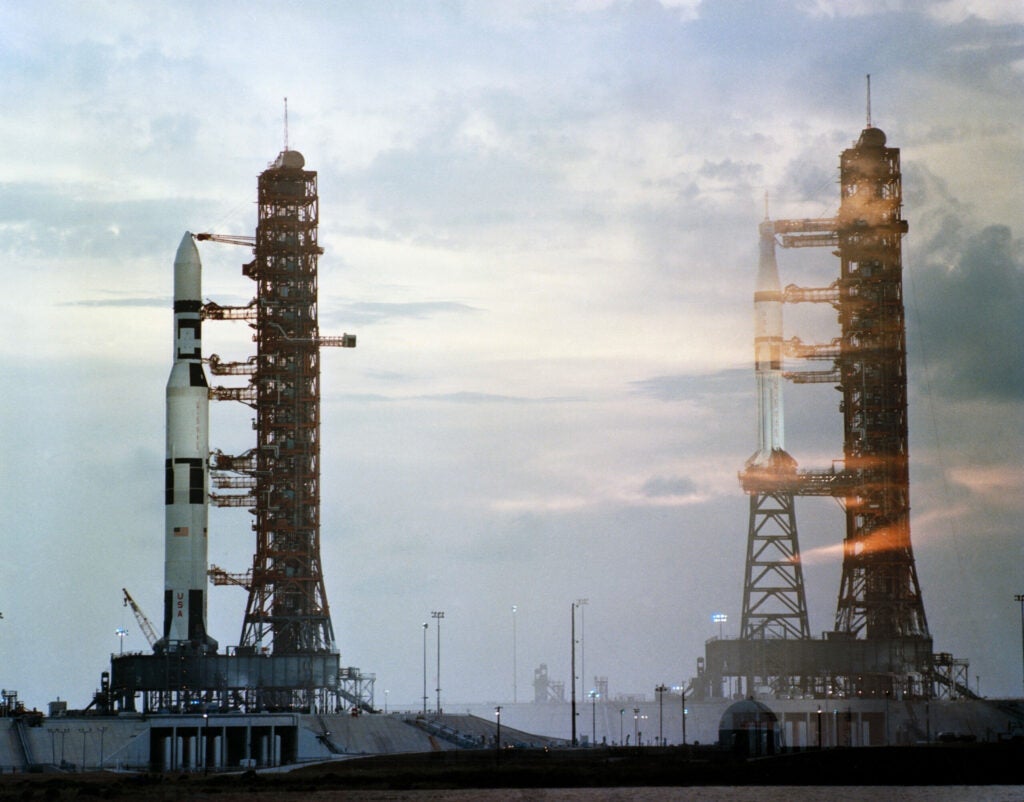 The bigger question was how the dynamics of the rocket would affect this launch pedestal, but it ultimately proved not to be an issue. A design evaluation into the pedestal’s tentative layout, structure, and stress analysis determined that not only could it be built, it wouldn’t delay any Apollo Application Program launches. Namely, the mission that would launch the first crew to the Skylab space station. On May 15, 1970, NASA got formal congressional approval to modify launch complex 39 for the Saturn IB.

The milkstool, as the pedestal became known, was a 250-ton steel structure with four legs and a series of horizontal and diagonal pipes supporting the main platform. This platform featured a nearly 28-foot diameter exhaust hole and all the support arms, fuel pipes, and electrical lines needed to prepare the Saturn IB for launch. And it was tricky to build. Not only did the milkstool have to be rigid enough to not buckle under the stress of a rocket launching on top of it, it could only weigh as much as the Saturn V’s S-I stage it was taking the pace of. Any heavier and the mobile launch platform wouldn’t be able to support its weight. Other modifications included switching out the five swing arms that had serviced the Saturn V’s lower stages for a single extended arm, bringing over umbilicals and a withdrawal mechanism from launch complex 34, and the use of the Saturn V’s liquid oxygen replenishment system over the main system that pumped more LOX per minute than the Saturn IB could handle.

The modifications worked. The Skylab space station was launched on May 14, 1973 on the last Saturn V ever to leave the Earth. The first Skylab crew followed right on its heels on May 25, 1973. The first Saturn IB to launch from a milkstool — there were no unmanned tests — did so without a problem. The two subsequent manned missions and the Apollo half of the Apollo-Soyuz Test Project also used the milkstool on their paths to a successful Earth orbital mission.