How The ‘Forces Of Nature’ Series Reintroduces Our Colorful, Dynamic Worlds 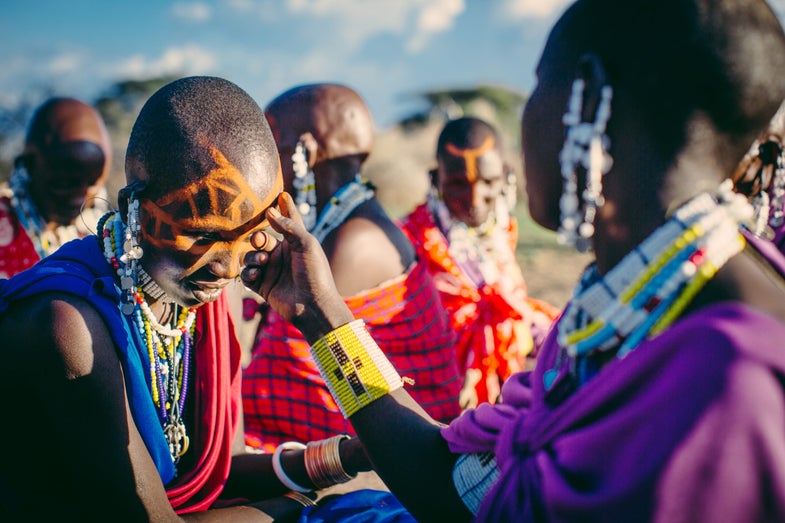 The Maasai women paint their faces with the ochre that they have collected. From the Forces of Nature "Elements" episode, premiering September 21, 2016 at 8:00 p.m. ET on PBS. Freddie Claire, ©BBC
SHARE

Many of the rules that dictate art–shape, color, motion–also rule our planet. Awesome in the truest sense of “awe,” these elements can be all at once complex, volatile and beautiful. Forces of Nature, a PBS and BBC co-production which premieres in the U.S. on Wednesday, September 14, 2016, at 8:00 p.m. ET., will give viewers a deeper glimpse into art such as this.

In four episodes, the documentary series will explore how natural elements paint how we understand the world. It will reveal how Earth’s wondrous sights, global communities, and even how insect habitats are created by the forces of the universe. Exploring motion, shapes and colors, the series connects things like snowflakes and the largest human-made towers to the laws of science and nature. Here, select stills from the documentary take us from Florida’s coastline to Papua, New Guinea, inside of a volcano, to the icy seas of Greenland and beyond.