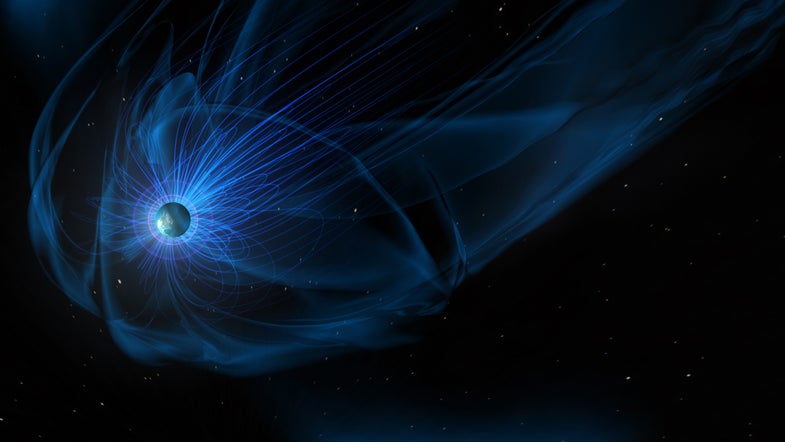 Every now and then, the Sun sends us a few excited visitors, in the form of supercharged particles. Whenever solar flares or other eruptions surge from our star, they often occur along with a coronal mass ejection–a gigantic burst of gas and charged particles that shoot out into space. These fast-moving solar particles carry an intense magnetic field, and if they launch toward Earth, their fields can slam into the magnetosphere surrounding our planet.

The result? A massive “magnetic explosion,” in which magnetic energy is quickly converted into kinetic energy, sending plasma particles shooting out at high speeds. It’s a phenomenon known as magnetic reconnection, and it’s responsible for amplifying the aurora borealis seen at the Earth’s poles. Reconnection can also trigger geomagnetic storms in our atmosphere, which can interfere with communications satellites and the power grid on our planet.

The problem is that scientists know very little about the conditions and mechanisms that initiate magnetic reconnection. But now, NASA is hoping to get up close and personal with the magnetosphere to decode the reconnection process. On Thursday, the space agency will launch four identical spacecraft as part of the Magnetospheric Multiscale, or MMS, mission. The probes will remain in space for up to two years, gathering data about the magnetosphere on opposite sides of the Earth. 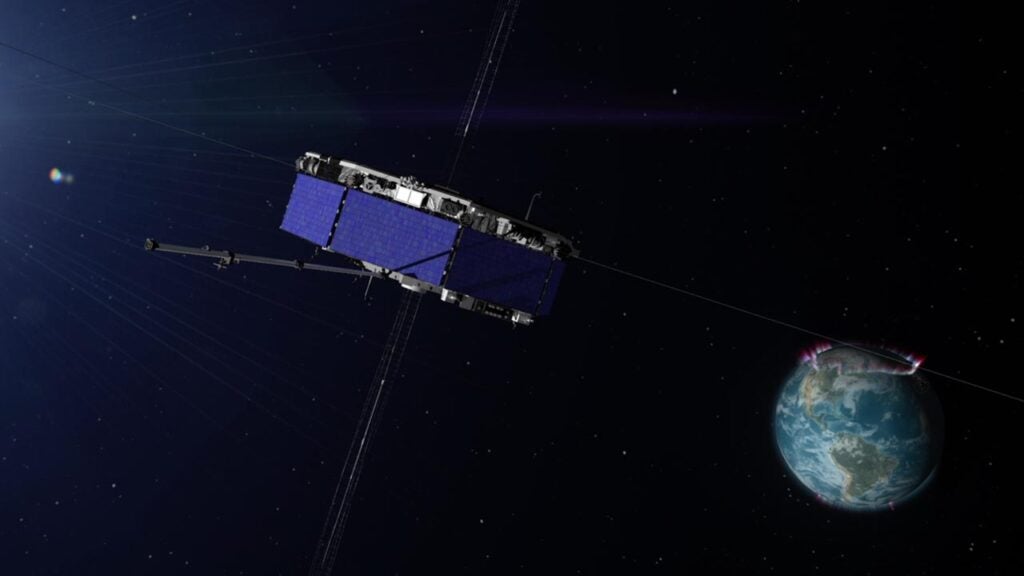 For NASA, four is the magic number, because that means the probes can form a tetrahedron–a pyramid with a triangle-shaped base–in space. When in formation (between 6 and 62 miles apart), the probes will provide a detailed snapshot of a small area of the magnetosphere, giving NASA researchers a 3D view of magnetic reconnection as it happens. Once in space, the 11.5-foot-long probes will spin at 3 RPM. They come equipped with deployable booms containing various electric field sensors and magnetometers.

The MMS mission is scheduled to launch aboard an Atlas V rocket on Thursday, March 12 at 10:44 p.m. EDT. 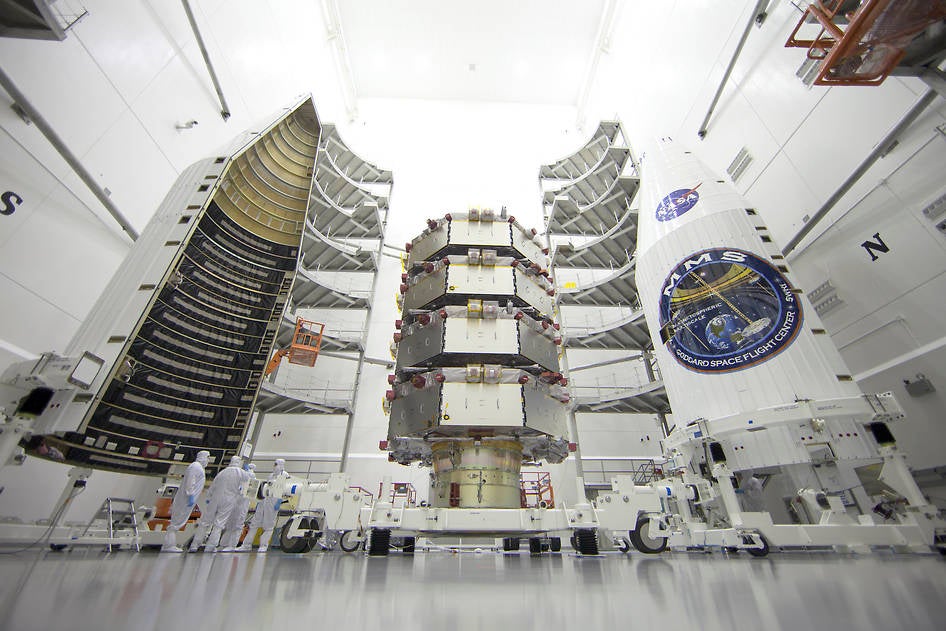