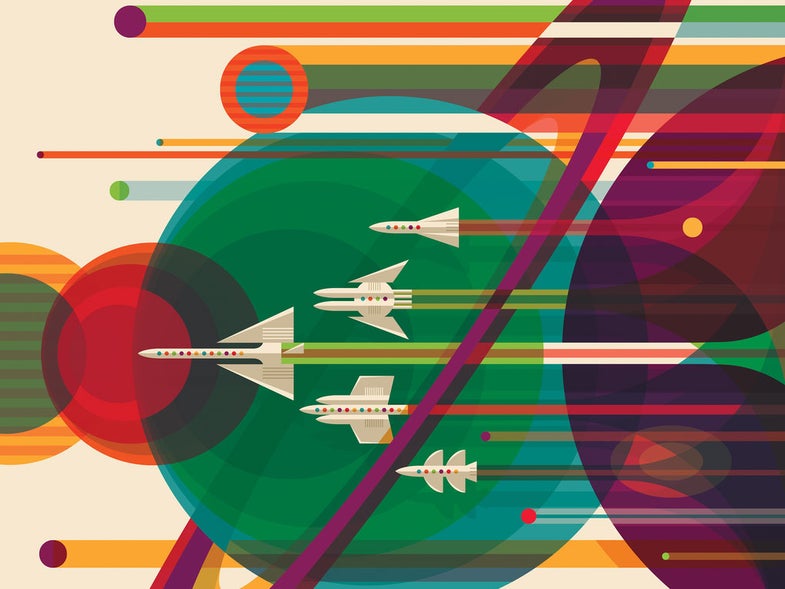 Planning your next vacation or a honeymoon? Perhaps you should look up. NASA’s Jet Propulsion Labs is “booking tours now”, according to three interplanetary travel posters they recently commissioned.

The posters were created by the design firm Invisible Creature, and you can buy them now.

Unfortunately, actually booking a trip to one of these destinations won’t be so easy. NASA missions to Mars aren’t scheduled to begin until the 2030s at the earliest, and those plans are fraught with problems. However, with private companies getting into the spaceflight scene, the goal is that (hopefully, maybe) someday we’ll all get to be interplanetary tourists. It’s never too early to start planning your dream vacation. 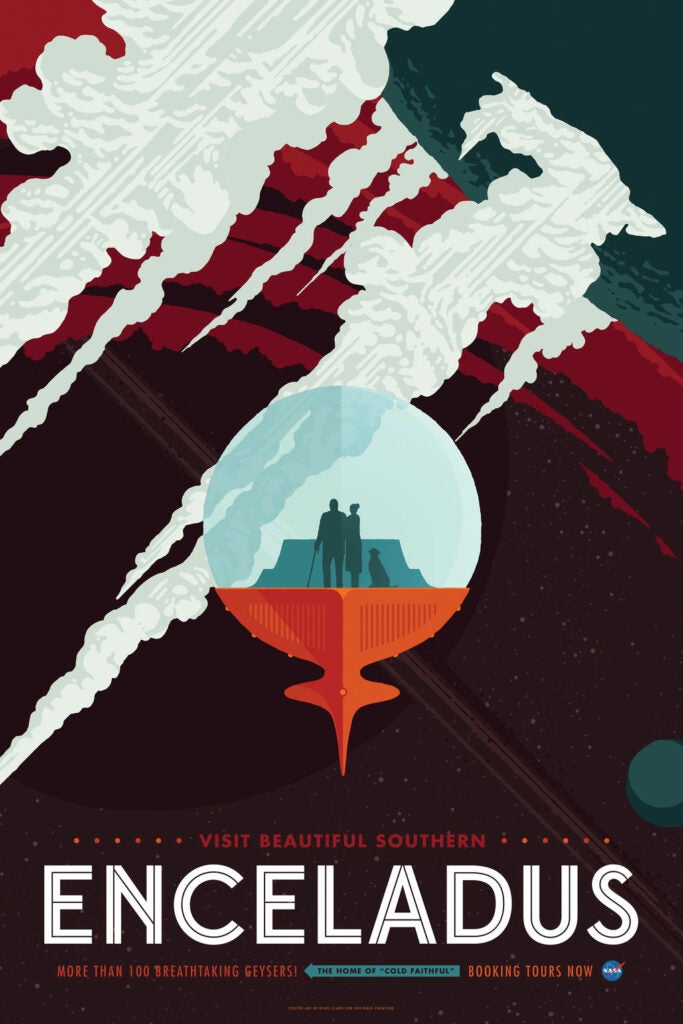 Or, for a slightly friendlier climate and a more bustling habitat, try Mars. 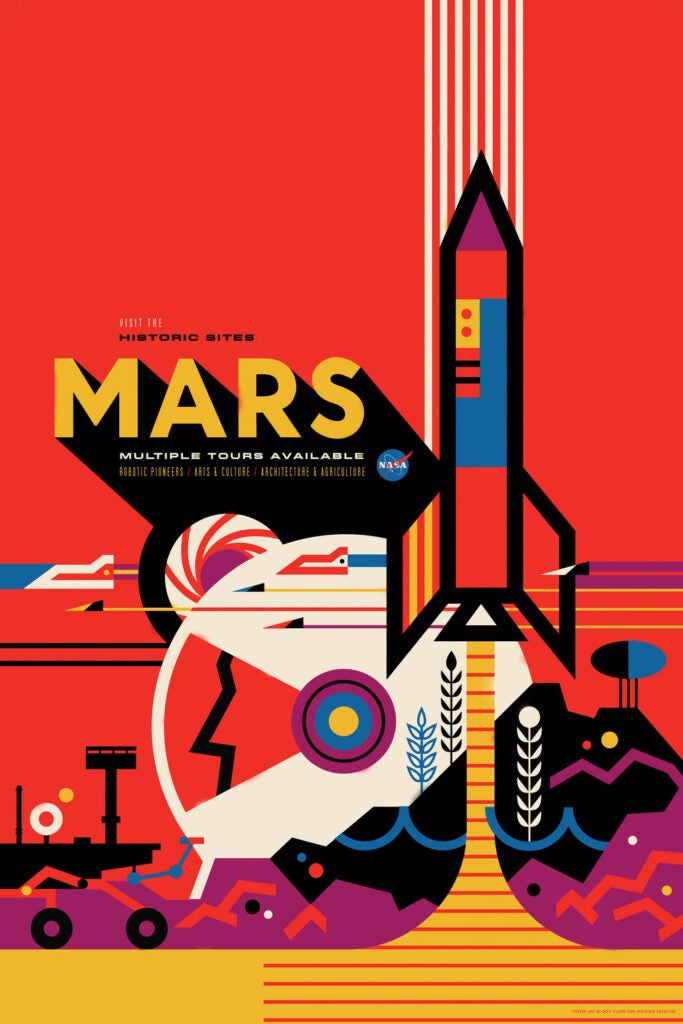 There’s lots to do on Mars

With NASA planning to set up permanent settlements there, Mars may one day be like a home away from home.

But why settle for just one planet or moon? In this package, you can get the “grand tour” of the solar system by following Voyager’s journey to Jupiter, Saturn, Uranus, and Neptune. If you stick around after the tour, maybe you’ll even get a ride into interstellar space. 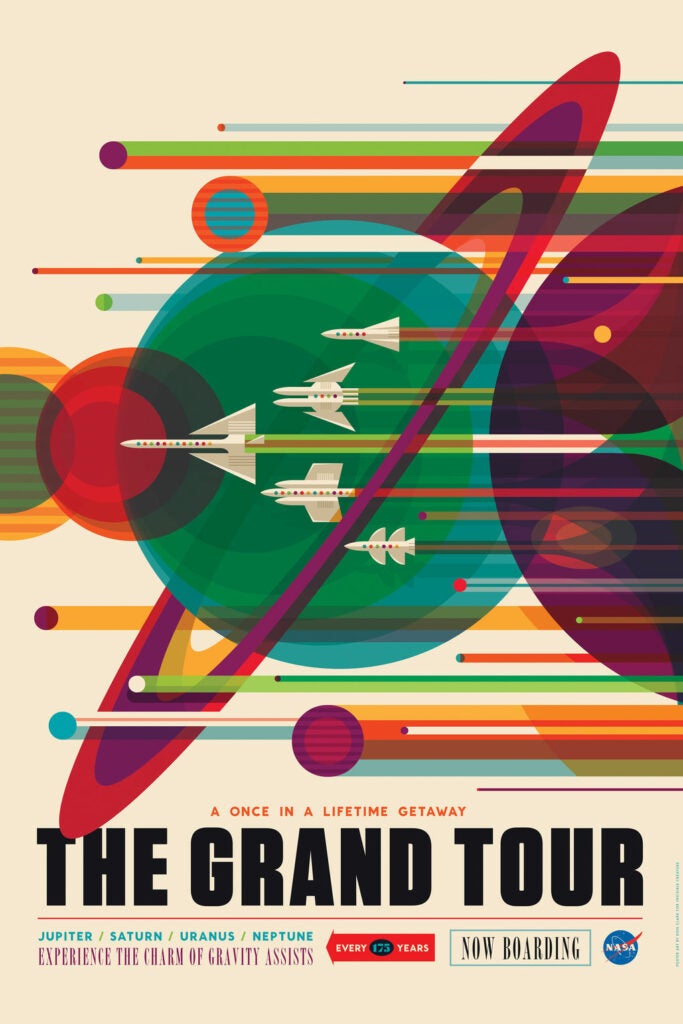 Why choose just one?

If staying cooped up in the solar system isn’t adventurous enough for you, consider visiting these exoplanets, which NASA commissioned posters for last year.