The father of evolution apparently played God with a tropical ecosystem 160 years ago, and the results could inform future... 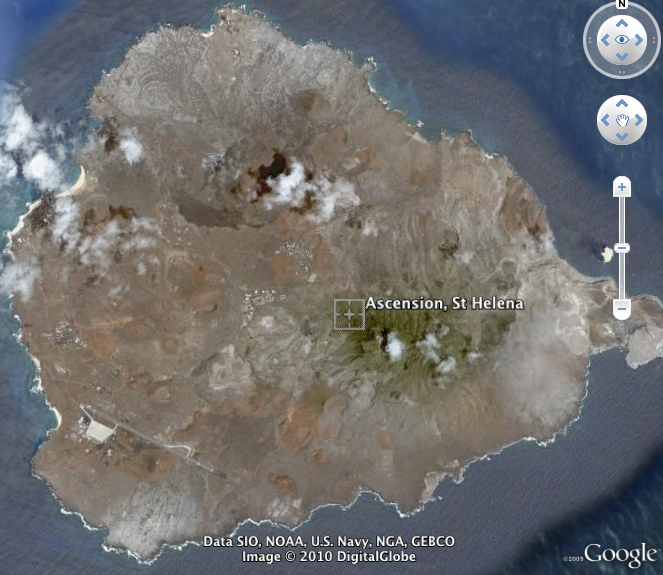 The father of evolution apparently played God with a tropical ecosystem 160 years ago, and the results could inform future experiments to terraform Mars, botanists say.

The BBC recounts how Charles Darwin helped build an artificial forest on Ascension Island, one of his subjects of study from his trips on the HMS Beagle. Today, the island is home to species of plants that would not naturally co-exist. Darwin and his friends put them there, and nearly two centuries later, their grand experiment is living proof that we can transform natural environments.

Originally used as an outpost to keep an eye on Napoleon in exile, Ascension Island, between South America and Africa, was a busy Atlantic waystation in Darwin’s day. It had meager fresh water supplies, however, so Darwin and his botanist friend, Joseph Hooker, set out to change things.

The BBC interviews Darwin biographer David Catling, a professor at the University of Washington-Seattle, who says he believes Darwin decided to build a lush “Little England” on the volcanic island after visiting it in 1836.

Darwin’s friend Hooker explored Ascension a few years later, and in 1847, Darwin convinced Hooker to get his father — director of the Kew Gardens — to send trees, hoping they would capture rain, prevent erosion and reduce evaporation.

Beginning in 1850 and continuing each year, ships brought an assortment of plants from botanical gardens in Europe, South Africa and Argentina, the BBC says. By the late 1870s, eucalyptus, Norfolk Island pine, bamboo, and banana had taken hold.

Today, Ascension is home to a cloud forest that would have taken millions of years to evolve naturally, according to Dave Wilkinson, an ecologist at Liverpool John Moores University in the UK.

It’s proof that humans can build a fully functioning ecosystem simply through trial and error, he said. As the BBC reports, the same principle could be used in future Mars colonies: “Rather than trying to improve an environment by force, the best approach might be to work with life to help it find its own way.”