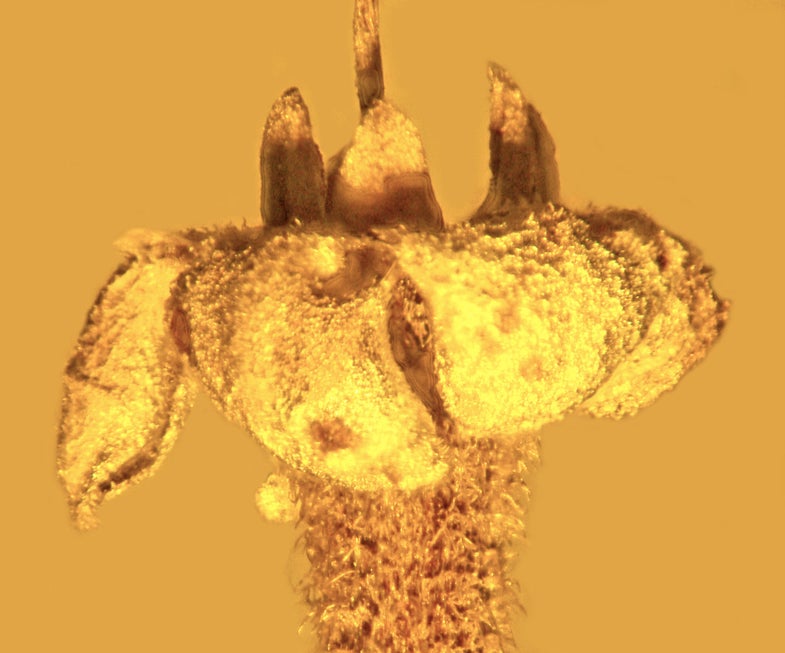 A closeup of the fossilized flower, with curving petals and preserved pollen in the center. George Poinar
SHARE

Flowers have a fleeting beauty, fading shortly after they are plucked. Pressing or preserving them can extend their beauty briefly, but a chance encounter with tree sap can stretch that time out by millions of years.

In a paper published in today in Nature Plants researchers described a new species of flower found in two pieces of amber excavated from a mine in the Dominican Republic.

Amber, which is solidified tree resin, preserved the flowers for either 15 million-25 million or 30 million-45 million years. The wide discrepancy between the two numbers is because amber is extremely difficult to accurately date. The first age range was reached by dating tiny single-celled animals called foraminifera, whose shells ended up near the resin between 15 million and 25 million years ago. The latter age range was proposed based on the age of cocolithophores, shelled phytoplankton that also ended up near the Dominican amber at a much earlier time.

But either way, the flowers are incredibly old. They are also very small, clocking in at just under a centimeter long.

The new species is named Strychnos electri and represents the oldest specimen of a plant group called asterids here in the Americas.

You’ve probably seen the modern relatives of Strychnos electri in a garden or on a menu–the asterids include mints, sunflowers, peppers and coffee. Yum. 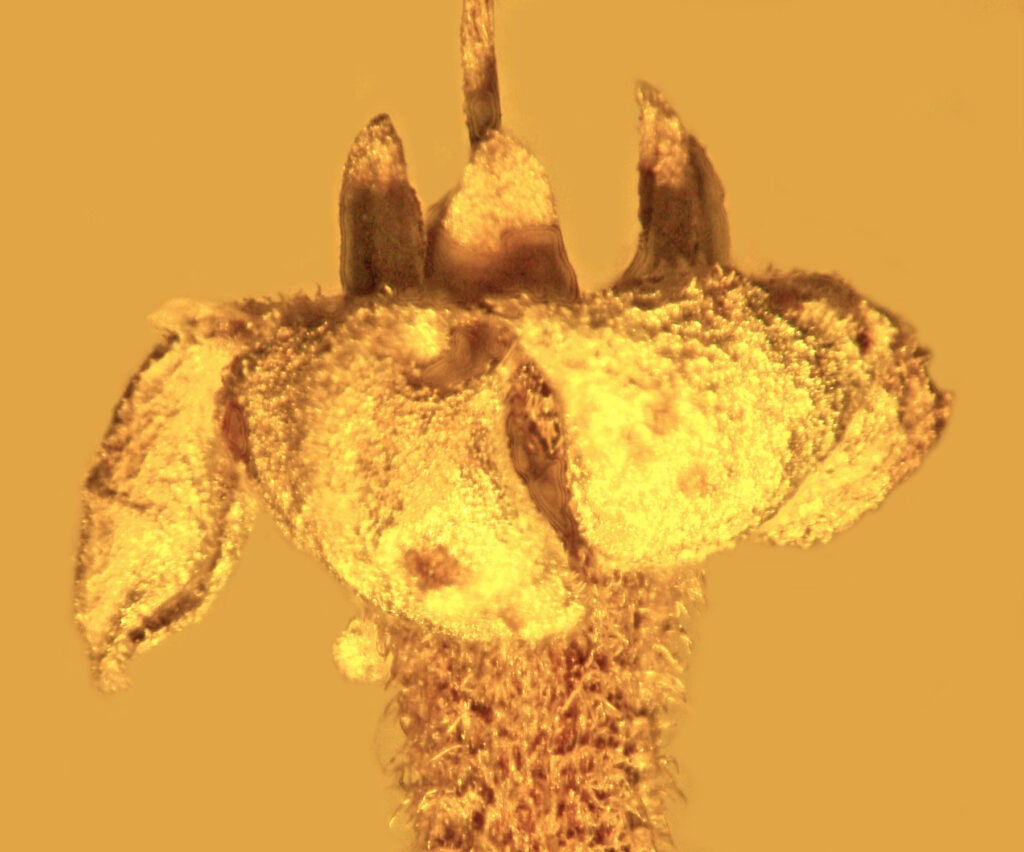 A closeup of the fossilized flower, with curving petals and preserved pollen in the center. 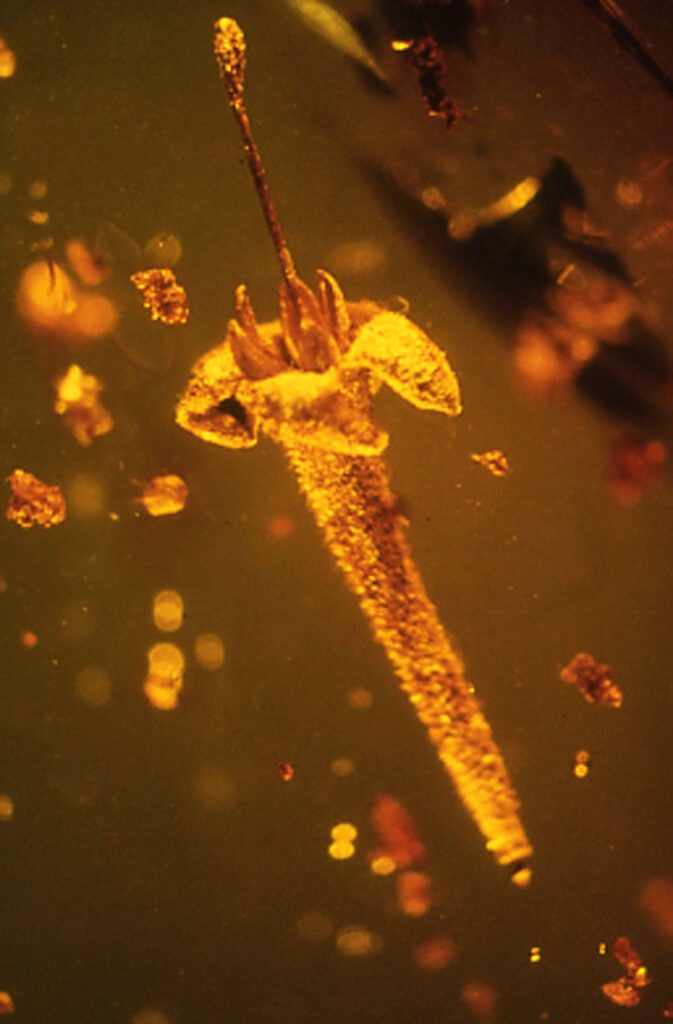 The fossilized flower in place inside the amber.

The long thin protrusion is a part of a flower known as a style.
amber
fossils
plants