In the 1950s, tourists visiting Las Vegas could sometimes look out into the desert to see mushroom clouds hovering in... 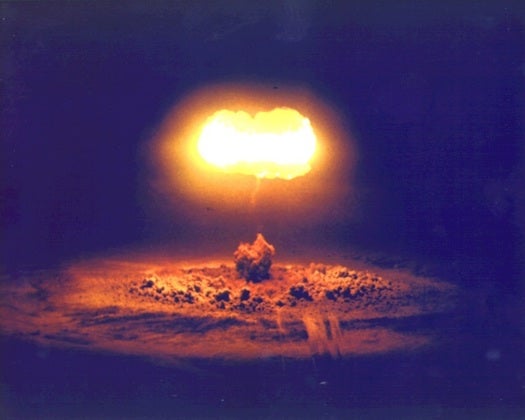 In the 1950s, tourists visiting Las Vegas could sometimes look out into the desert to see mushroom clouds hovering in the air. Sixty-five miles from the city was the Nevada Proving Grounds, a 1,375 square mile site near the Nellis Air Force Gunnery and Bombing Range that hosted a series of atomic weapons development and fallout tests. Among them was Operation Cue, a test within Operation Teapot designed to see how a nuclear blast would affect everyday objects. 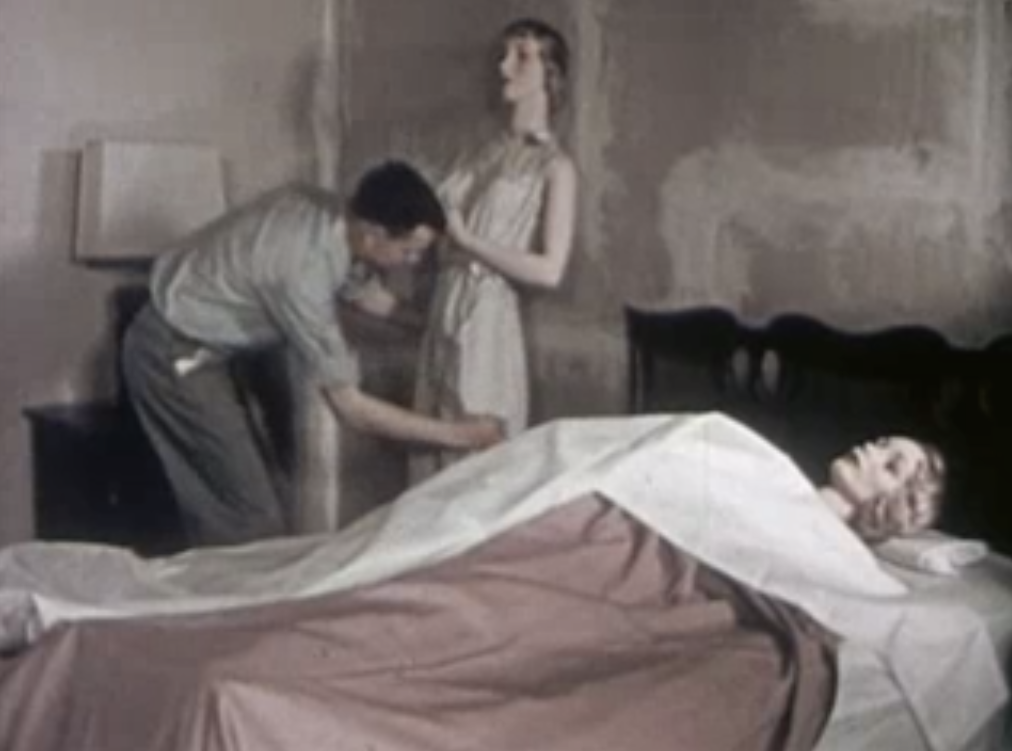 For the purposes of Operation Cue, “everyday objects” meant the things we use but might not think about as being useful: our houses, the clothes we wear, the appliances we cook with, and the food we store in our cupboards. These were the objects being tested; the Federal Civil Defense Administration needed to know what would happen to citizens in their homes in the event of a nuclear attack.

This very specific test demanded a very particular set up. Ten residential houses were built specifically for this test, each one a common type and built with common materials like wood, brick, lightweight reinforced concrete blocks, and lightweight precast concrete slabs. There were two of each type of house: two single story ramblers built on concrete slabs; two two-story brick masonry houses with basements; two houses made of concrete blocks; two single story ramblers made of precast concrete; and two reinforced two-story frame houses. Some houses also featured common types of shelters in bathrooms or basements. 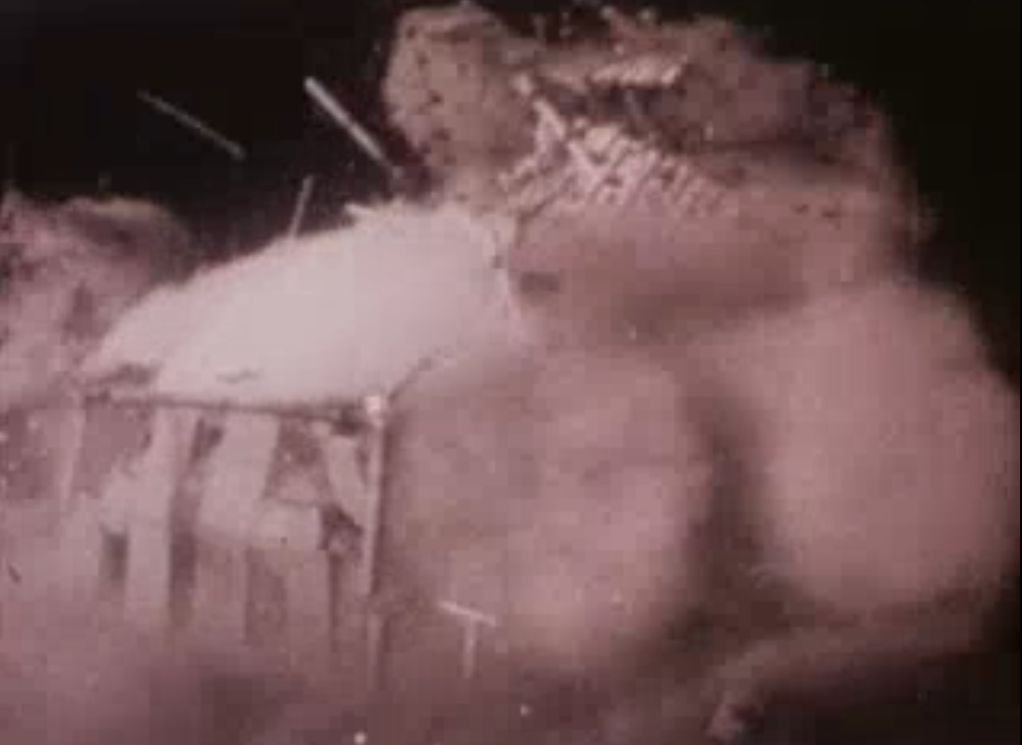 Within the test area, one house of each pair was placed closer to the detonation site in a pressure zone where major structural failure and collapse was expected. The second was placed further away in an area where damage was expected but wouldn’t cause a fatal collapse. But collapse was part of the goal. The point of testing these houses was to find their weak points so they could be reinforced before rather than after a nuclear bombing attack.

To add to the realistic environment of the test, each house was furnished and fitted with appliances. Mannequins dressed in clothes of all different types of materials were placed inside the homes, seated in front of TVs or being tucked into bed. Some were less lucky, placed in a line facing the blast to see what would happen to someone caught outside when a nuclear strike came. Canned and packaged food was stocked in the kitchen pantries and buried underground, the question being whether this food would be safe to consume after exposure to a nuclear blast.

Other structures on the test site included radio towers, power lines, transformer stations, and gas tanks. These were all things people would need for communication after an attack, so knowing how they would withstand the blast was vital.

Once everything was in place, the test was delayed for weather; strong winds made a detonation unsafe. The holds went on so long that personnel involved in the project nicknamed the blast Operation Mis-Cue, and it was during one of these holds that six Army personnel went into Las Vegas and crowned showgirl Linda Lawson Miss Cue in honour of what felt like endless delays on the program.

Finally, at 5:10 on the morning of May 5, 1955, the 30 kiloton bomb was detonated from the top of a 500-foot steel tower at the Yucca Flat at the Nevada Test Site. About 500 people were on hand that morning, including media who drank hot coffee and donned thick black goggles as they broadcast the test live to the nation.

Just 24 hours after the blast, media and military personnel alike were allowed to wander through the test area to survey the damage and begin gathering data.

The damage was extensive. The masonry house was little more than a heap of rubble. The reinforced concrete house fared pretty well, though the windows were blown out. The two story frame house was damaged but standing. Both the basement shelter and the reinforced bathroom shelter were standing beneath the rubble of their houses so anyone inside these structures could theoretically have survived. Of course, this is assuming they would have had enough time to move into the shelter.

On the whole, Operation Cue was deemed a successful test for the survival of homes and families in the nuclear age.

Also, check out this 1955 documentary of a journalist attending the Operation Cue detonation: