The View from Surveyor 3 [Gallery]

When NASA started thinking about landing men on the Moon, there were a lot of questions in need of answers.... 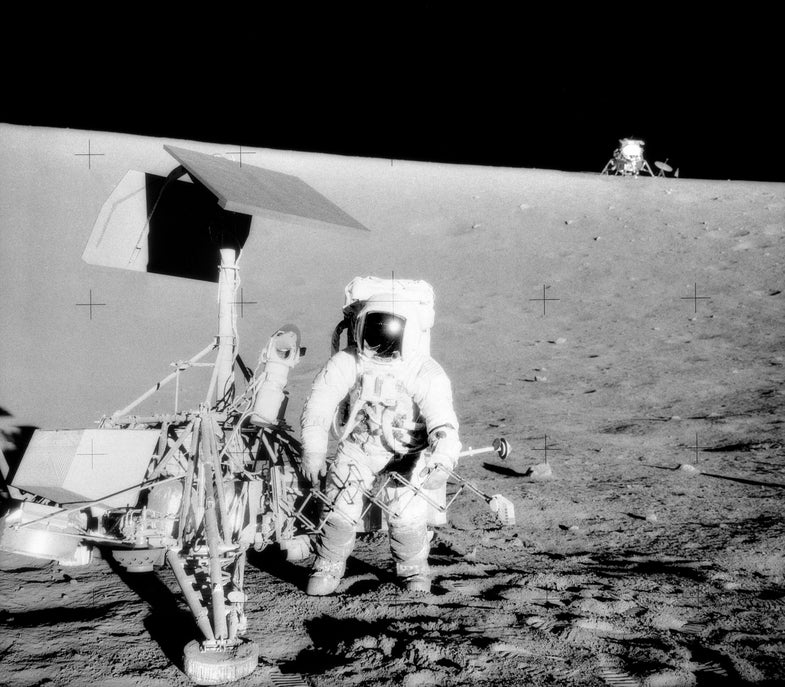 When NASA started thinking about landing men on the Moon, there were a lot of questions in need of answers. Among them: what kind of environment was the Moon? NASA couldn’t design a lunar landing vehicle without having some sense of the Moon’s surface, whether it was hard like the Arizona desert of powdery like icing sugar. The Surveyor program was developed to answer those questions.

Among the instruments the Surveyor spacecraft took to the Moon was a TV camera consisting of a vidicon tube, 25- and 100-mm focal length lenses, shutters, filters, and an iris. It was inclined about 16 degrees to the spacecraft’s axis, and it featured a movable mirror to increase the its viewable area. The unit was controlled from commands from Earth. When data was sent back to Earth, it was converted to a standard television signal and shown on a slow scan monitor. There was also a scoop on board that could dig trenches, positioned under the tv camera so technicians could image the soil before and after it was disturbed, another way to draw some conclusions about the surface characteristics.

Two Surveyor missions failed, and the five remaining Surveyors complete successful missions, returning 6,315 pictures and a wealth of data that significantly improved our understanding of the lunar environment in anticipation of the manned Apollo landings. Among them, these amazing mosaics from Surveyor 3. 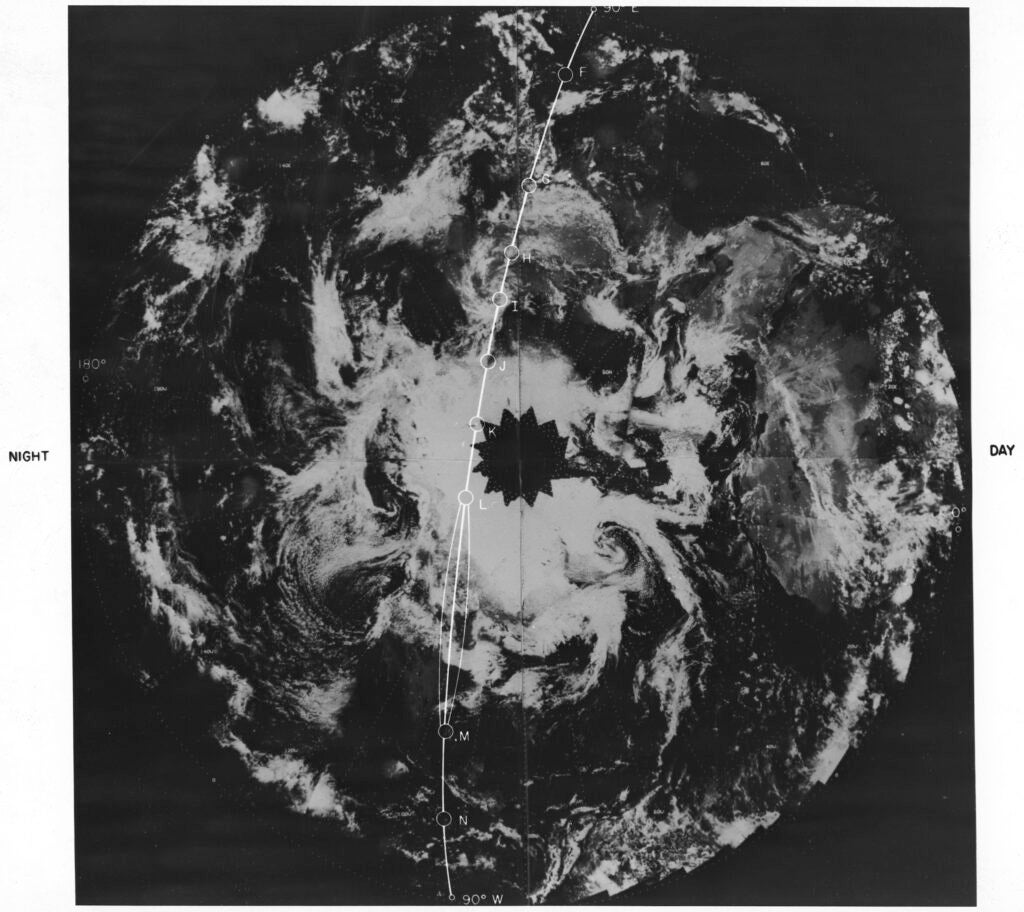 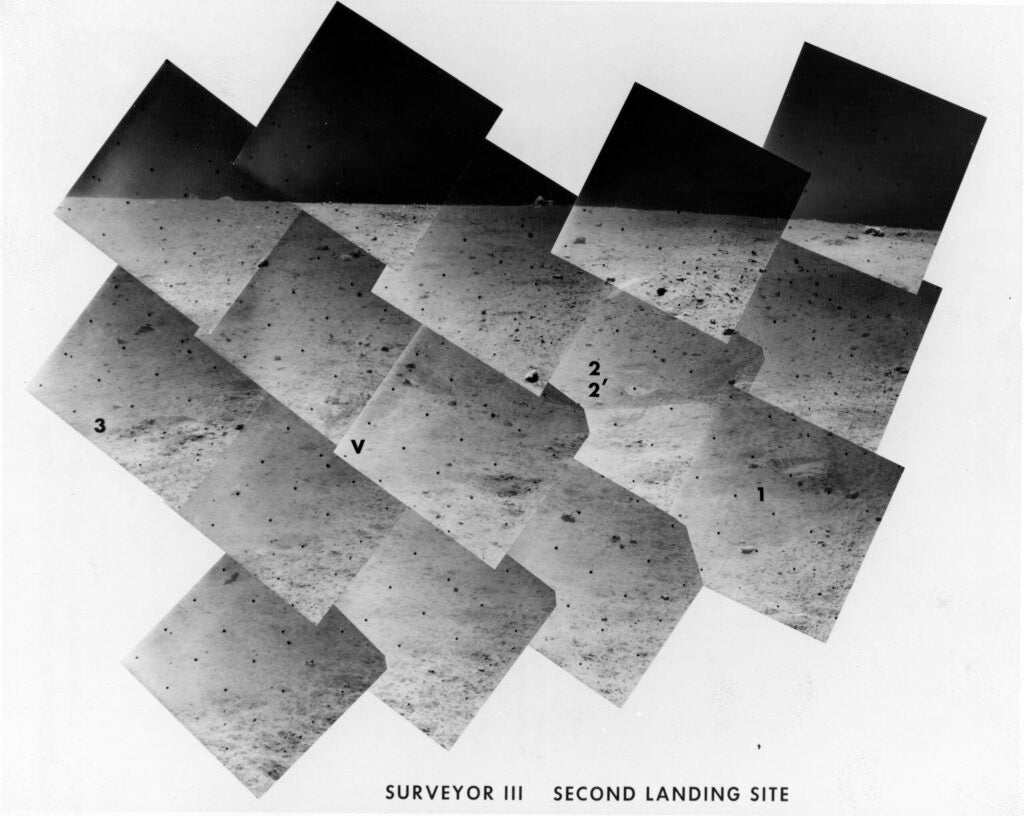 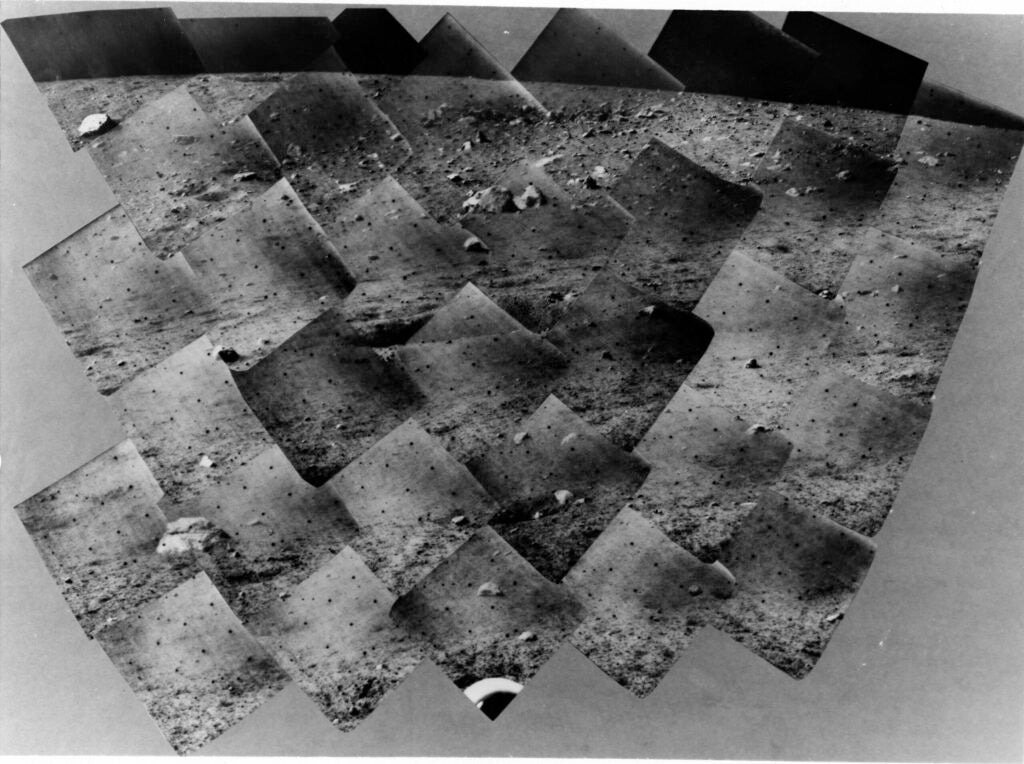 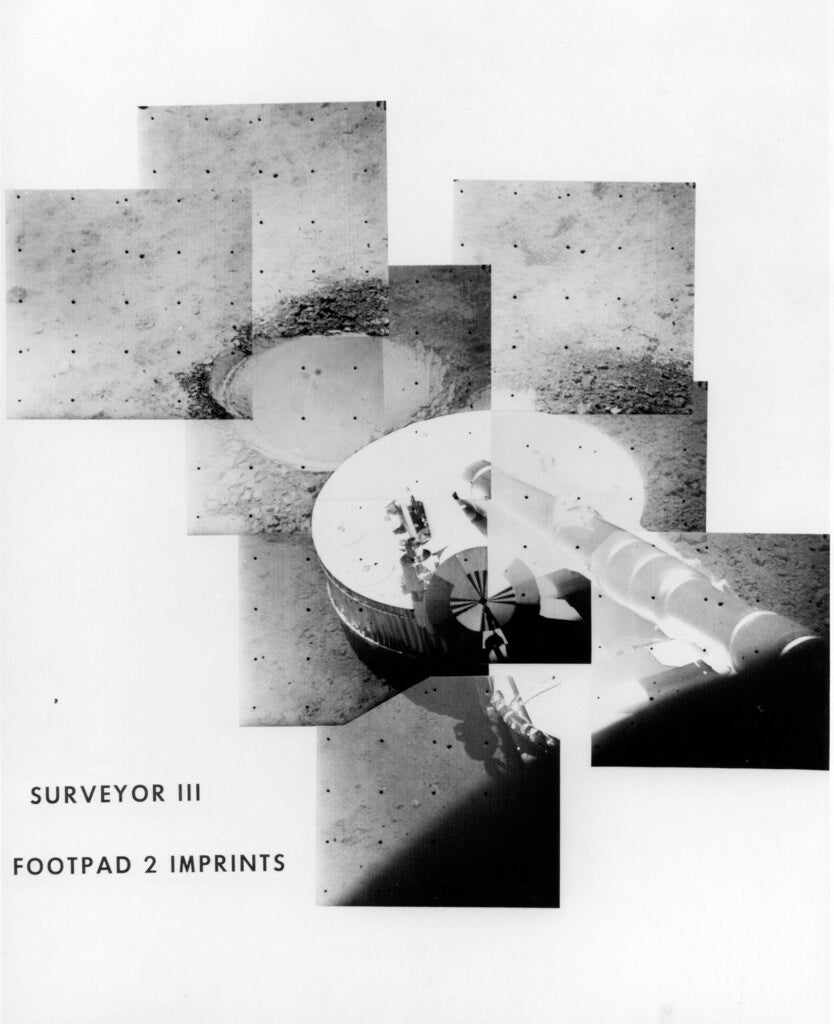 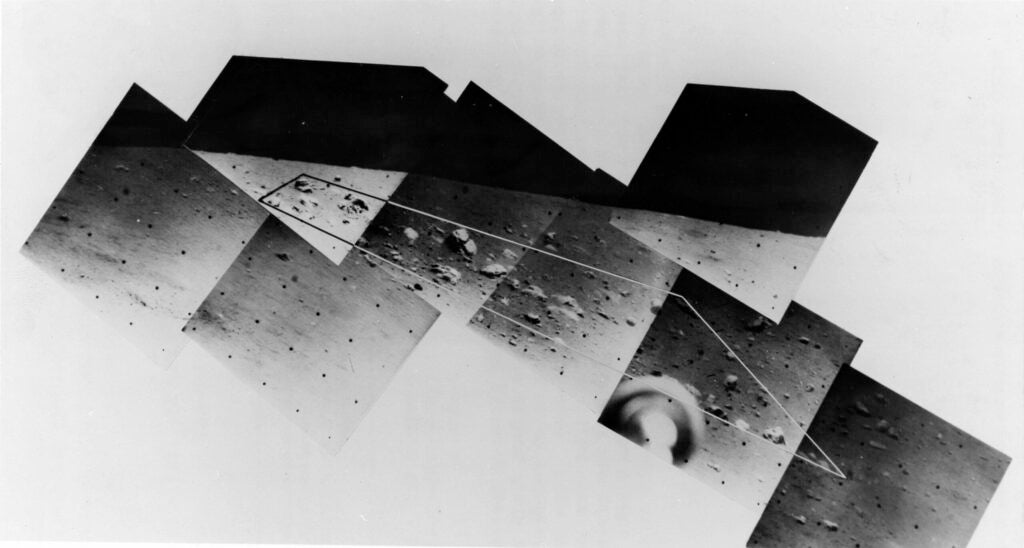 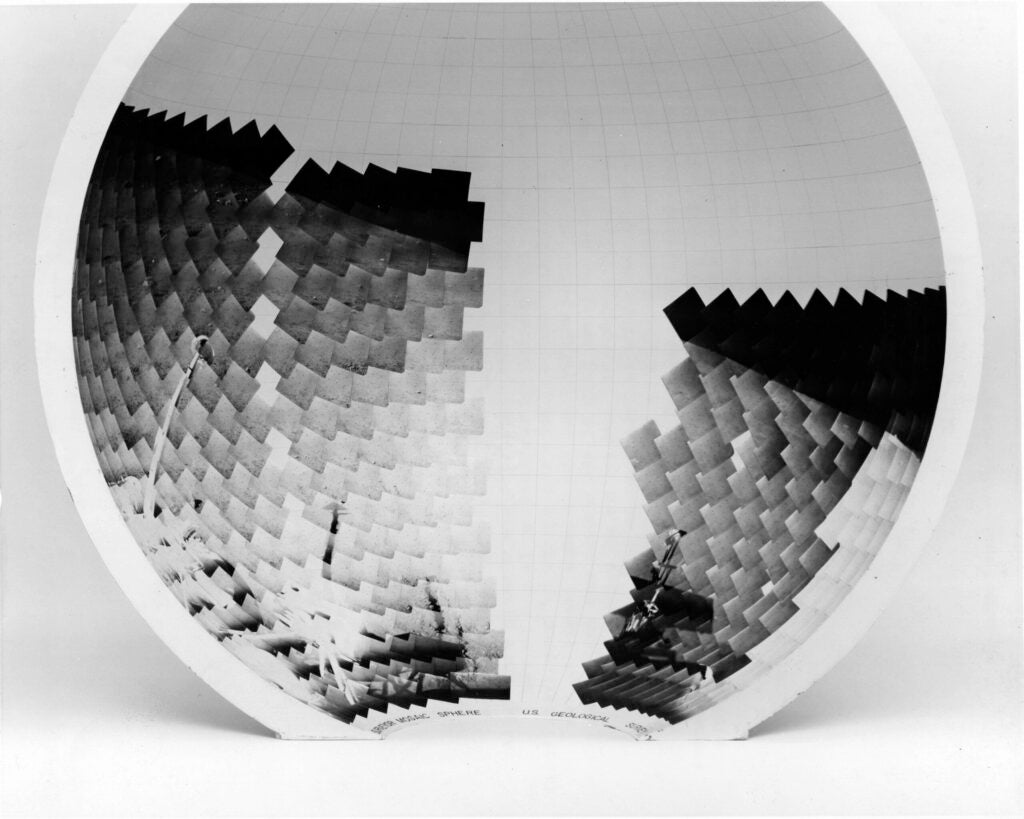 Spherical mosaic of narrow-angle Surveyor III pictures of the Moon taken on April 30, 1967.