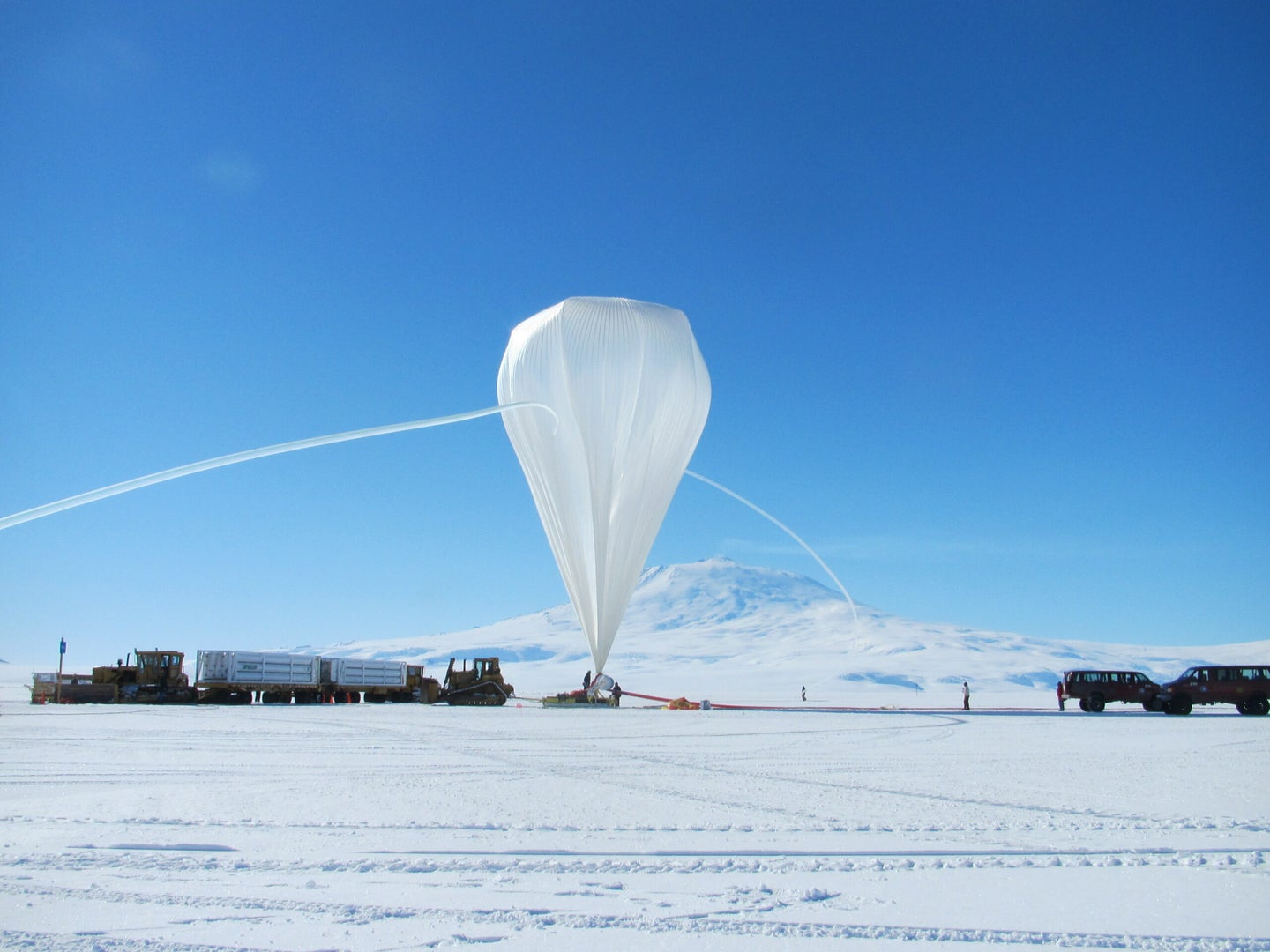 When you think NASA, you think of space, rockets, and maybe budget overruns. But NASA stands for more than just Space. That first A in the acronym is often ignored, but NASA devotes a considerable amount of time and money into the Aeronautics of the National Aeronautics and Space Administration. They do plenty of work within the Earth’s atmosphere, including sending up scientific balloons into the atmosphere. Balloons are easier to launch than satellites, and can gather valuable scientific data in relatively short spans of time.

A few days ago, one of NASA’s most advanced scientific balloons sprung a leak just one day after it was launched in Antarctica. The balloon, carrying the Compton Spectrometer and Imager (COSI), a gamma-ray telescope, was brought back down to Earth on December 30th, 350 miles away from McMurdo Station in Antarctica.

Scientists working on the COSI project hope to recover the instrument, and launch again whenever they can. As Nature noted the COSI team hasn’t fared too well with their ballooning endeavors, one crashed in Australia in 2010 and in 2013, the government shutdown shelved launch plans.

But it isn’t all doom-and-gloom for NASA’s scientific balloons. Another mission, ANITA-III (Antarctic Impulsive Transient Antenna-III) launched successfully on December 17. ANITA-III, all 4,601 pounds of her, was carried aloft by a zero-pressure balloon. COSI, on the other hand, was carried up towards the sky in a super pressure balloon. Unlike other scientific balloons, the super pressure balloon was specially designed to stay afloat for months at a time at a more or less consistent altitude. Standard balloons, like the zero-pressure ballon, tend to rise or sink as the gas in them heats up during the day or cools down at night.

Even if the latest setback means that the game hasn’t changed quite yet, that doesn’t mean that people aren’t working on it. The Columbia Scientific Balloon Facility is NASA’s balloon-base, and it launches scientific balloons all over the world, including the ones that just launched in Antarctica. Just like it’s spacecraft endeavors, NASA is contracting out balloon work to private companies. Back in November, NASA awarded a contract worth up to $186,293,071 million to Orbital Sciences. In exchange, Orbital Sciences will operate the facilities at CBF, and help design and launch scientific balloons at a bunch of NASA locations.

But NASA’s ballooning ambitions aren’t just limited to high-tech balloons–they’re also exploring the idea of developing airships. Airships are large craft that are like balloons or zeppelins, and would be capable of either hovering over a single spot for long periods of time, or it could be moved to follow weather events like a hurricane from above. Unlike balloons, airships have power, which means they can be steered–a valuable feature for any floating object.

Airships remain a distant dream–in classic bureaucratic form, the submission period for discussing a possible airship-designing challenge ended on December 1. We’ll check back in if they decide to actually have the challenge, but in the meantime, we’ll keep our fingers crossed that the next balloon launch goes off without a hitch.