Tomorrow morning at 7:05 EST, the two-hour launch window for Orion’s first test flight opens. If all goes according to... 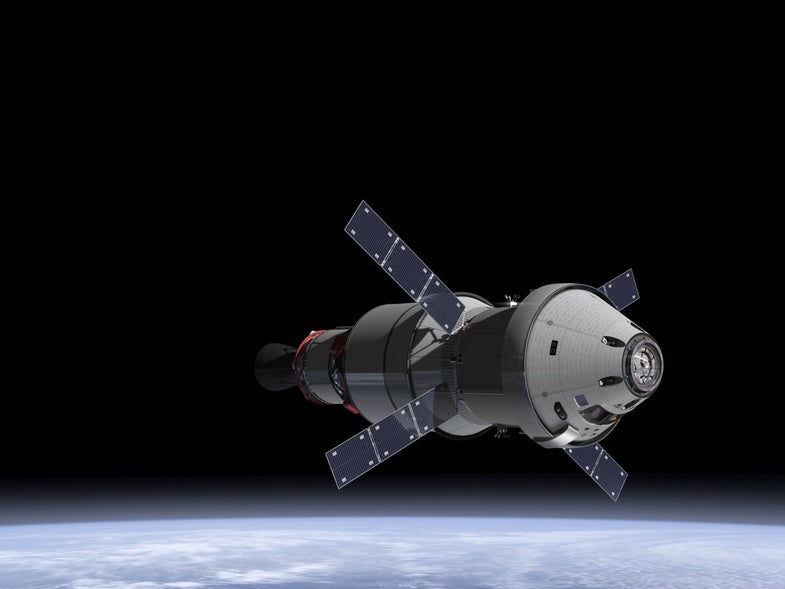 Tomorrow morning at 7:05 EST, the two-hour launch window for Orion’s first test flight opens. If all goes according to plan, the mission will see the spacecraft make two orbits around the planet before reentering the Earth’s atmosphere at 30,000 feet per second, exposing the spacecraft to lunar return conditions. There will be other tests, too, like demonstrating launch fairing separation.

The obvious comparison is between this launch and Apollo 4, the first unmanned test of the Apollo command-service module. There’s some fairness to this comparison. Both the Apollo CM and Orion went through static testing, drop tests, boilerplate tests, and parachute tests before making their orbital debuts. But there’s one major difference: Apollo 4 launched a nearly flight-ready Apollo spacecraft while this Orion launch is sending a spacecraft up without its service module section. It is, in a way, closer to the suborbital Little Joe Apollo launches than an unmanned orbital Apollo test.

So while Orion’s launch to test a new spacecraft is exciting, that it’s future remains unclear is less exciting. When Apollo 4 launched we were firmly on a path to the Moon, recovering from the Apollo 1 fire and ensuring that the crew’s lives weren’t lost in vain. We knew where we were going and how we were going to get there, and we had a firm timeline. With Orion, Mars is the goal but there isn’t the same firm plan to see it become a reality. This test isn’t getting us that much closer to some great goal. The first manned Orion mission is currently slated for 2021; Apollo 4 launched in November of 1967 and the first manned Apollo flight followed, after two more unmanned tests, in October of 1968.

Still, it should be a good show.

[Little edit on Thursday morning: The launch today was scrubbed and a new window will open at 7:05 Friday, December 5.]

*For more on the Orion launch tomorrow, check out the press kit from NASA. *