Should I Be Freaked Out By Backwash? 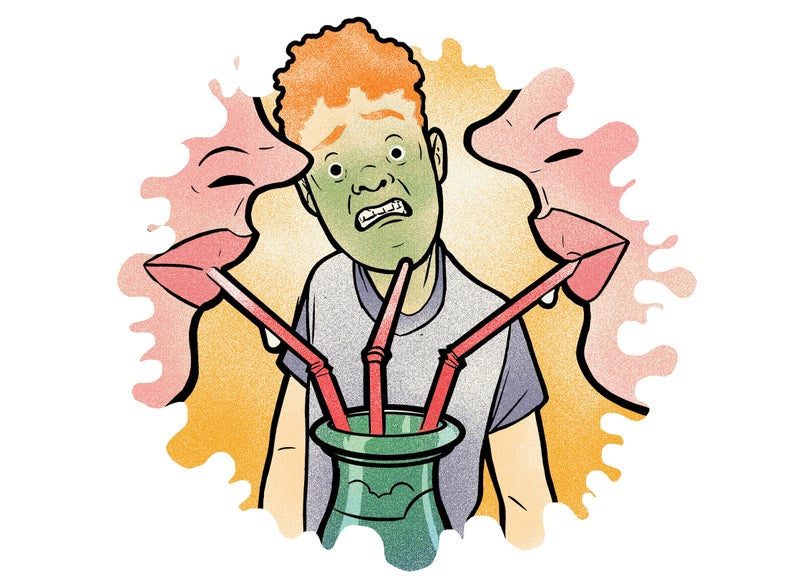 The term “backwash,” referring to the mix of beverage and saliva that sloshes back into a shared drink, has been in use only since the mid-1980s. But concerns about its disgusting nature go back centuries.

Early Muslim scholars argued over whether the liquid leftover in a vessel after someone has drunk from it—called su’r in Arabic—was pure enough to be used for ritual ablutions. These days, we have hard science to settle that ancient debate.

Sunny Jung of Virginia Tech, who studies fluid mechanics in biological systems, explains that, in general, animals take in water in one of two ways: They either lap it up, like a dog, or they use a suction mechanism. Humans (and mosquitoes and elephants) fall into the latter camp. It’s a pretty efficient mechanism, but it can’t ensure that all the fluid will be contained: “There’s [always] some small amount of backflow,” Jung says.

There’s also evidence that backwash contains bacteria, and that sharing drinks can spread disease. In 2007, for example, epidemi­ologists began a study of pneumococcal pneumonia among young recruits in the Israeli Defense Forces. During six months of basic training, about one-third of recruits acquired the bacteria. Those who said they “always” or “usually” drank from shared bottles were at more than twice the risk of the contagion.

It’s hard to know whether pneumococci were surfing a wave of backwash, or if the germs merely settled on the spout. Either way, it’s gross.