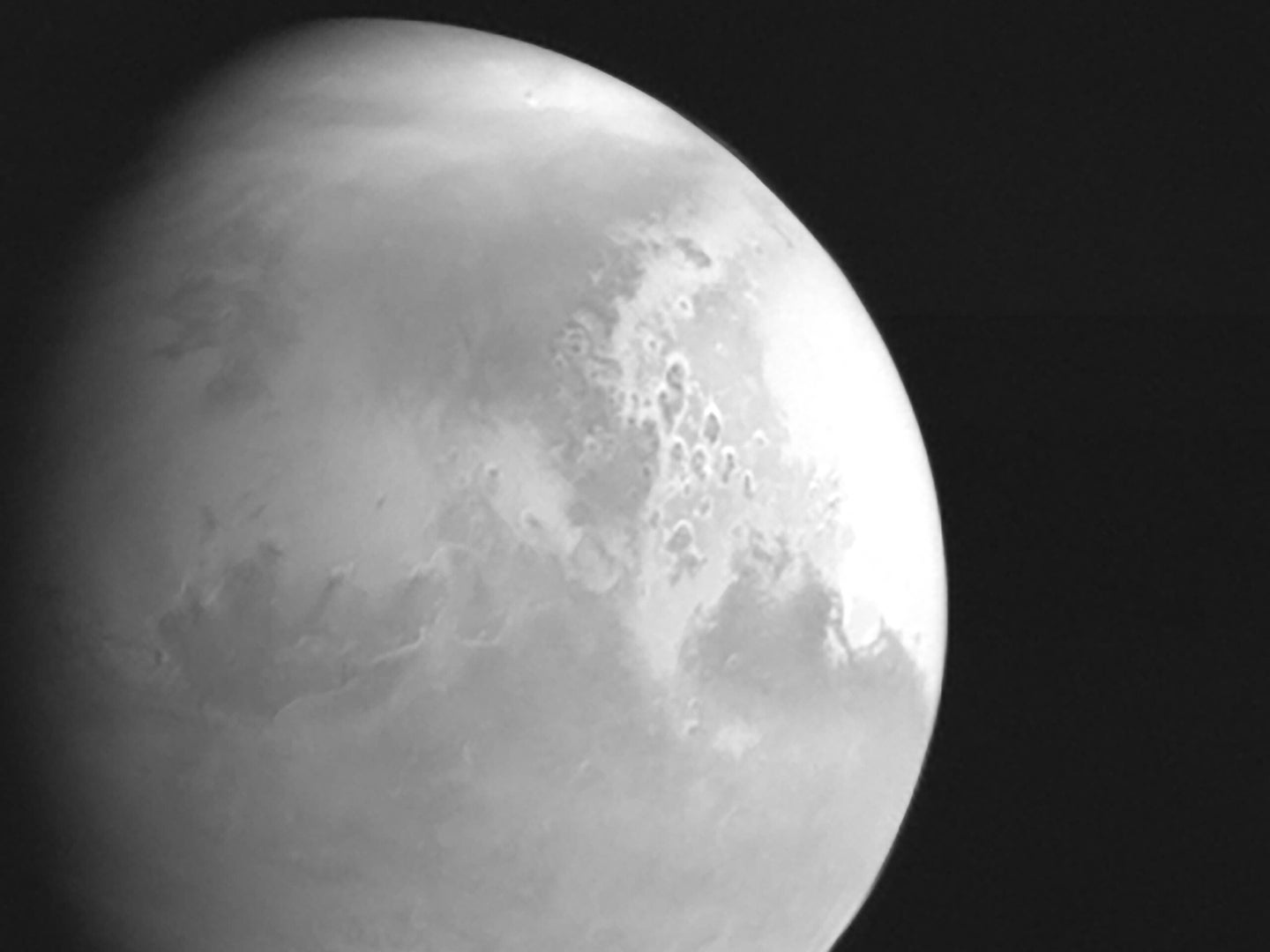 This black-and-white photo of Mars showcases many of the planet's noteworthy features. CNSA/PEC
SHARE

Late last week, China’s uncrewed Tianwen-1 spacecraft sent its first postcard back to Earth: a black-and-white image of the surface of Mars. The China National Space Administration (CNSA) released the photo last Friday and confirmed that the craft is preparing to enter Mars orbit later today.

The image, which was taken at a distance of 1.36 million miles from the Red Planet’s surface, captured several noteworthy geographical features. A labelled version of the image provided by the CNSA notes the locations of Acidalia Planitia (1), Chryse Planitia (2), Meridiani Planum (3), Schiaparelli Crater (4) and Valles Marineris (5). By the time the image was released last week, Tianwen-1 had halved the distance to Mars and is now preparing to enter orbit.

The five-ton craft carries an orbiter, a lander, and a 530-pound rover. After entering orbit, it will begin a landing attempt with the aim to place the rover on the surface in the massive impact basin Utopia Planitia. The landing attempt is expected to conclude in May. The rover will explore the geological features of the surface of the planet with radar instruments and other tools, and it’ll use a variety of different cameras to figure out what certain rocks are made of on Mars. That information could reveal details about the Red Planet’s past. Meanwhile, the orbiter will continue to image the surface with medium- and high-resolution cameras and other detectors.

Tianwen-1 departed Earth in July of 2020 and has travelled more than 289 million miles since its launch 202 days ago. It is expected to arrive on the surface of the Red Planet a day after the United Arab Emirates’ Hope mission, which entered Mars orbit Tuesday, and a week before NASA’s Perseverance rover, which is expected to enter orbit on February 18th.