Like finding a needle in an enormous, sandy haystack 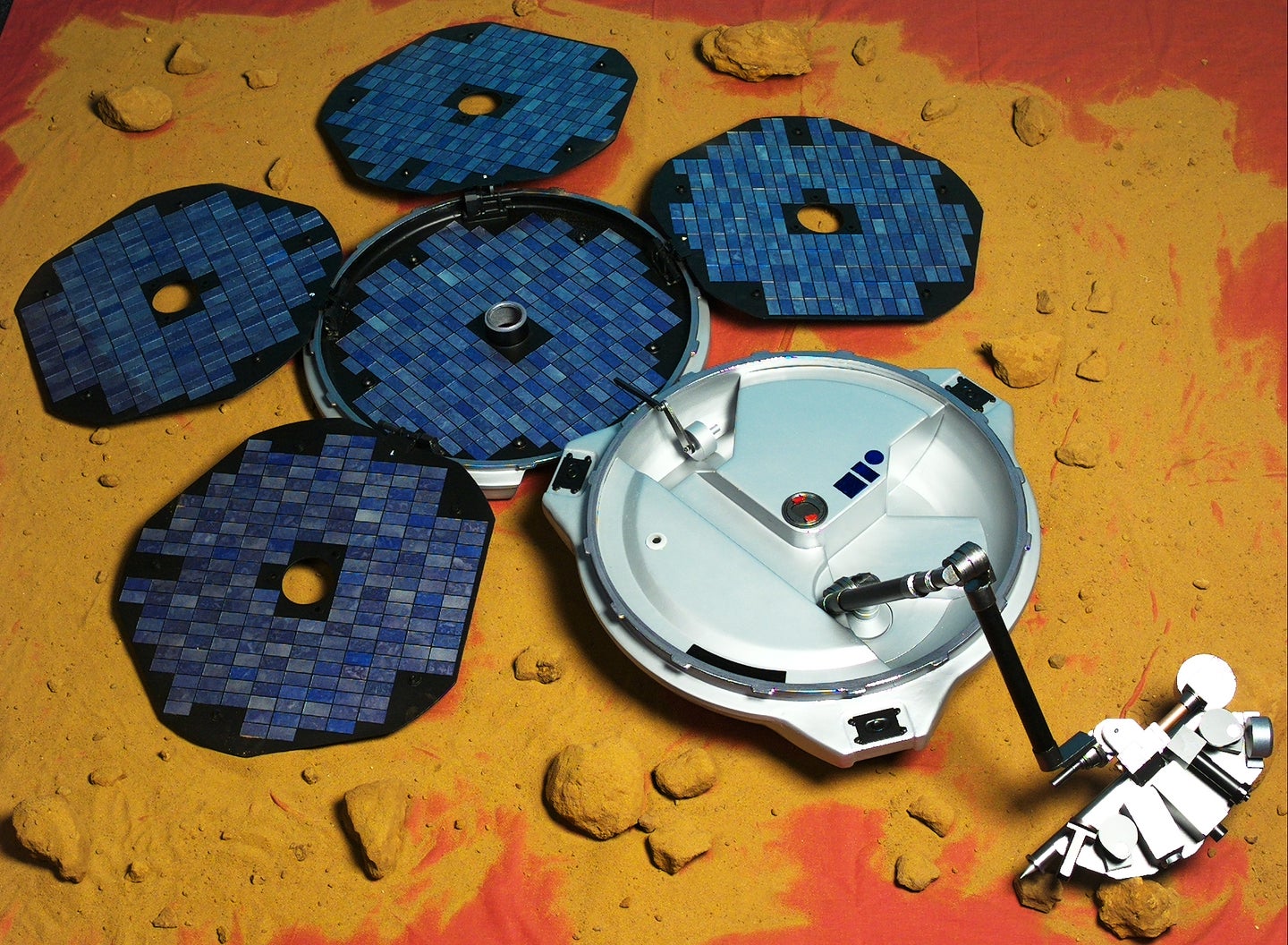 After more than 11 years of mystery, the European Space Agency has finally found Beagle-2: their long-lost Mars lander. ESA only recently spotted the tiny spacecraft in high-resolution photos taken by NASA’s Mars Reconnaissance Orbiter, which has orbited Mars since 2006.

The Beagle-2 lander has been the ESA’s biggest missing persons case for the past decade. The lander launched as part of the ESA’s Mars Express mission, which aimed to explore the red planet from orbit and the ground. After launching in June 2003, the Beagle-2 made its way to Mars over the course of six months and deployed above the planet’s surface on December 19.

The lander was supposed to touch down six days later, on Christmas day—but ESA lost all communication with the Beagle-2 after its deployment. Subsequent trawling by NASA and the ESA provided no clues to its whereabouts. For nearly a decade, the space agency didn’t know if the lander even touched Mars at all.

Now, ESA has confirmed Beagle-2 did indeed land on December 25, 2003, and it has patiently waited on the surface ever since. “Not knowing what happened to Beagle-2 remained a nagging worry. Understanding now that Beagle-2 made it all the way down to the surface is excellent news,” said Rudolf Schmidt, ESA’s Mars Express project manager at the time. 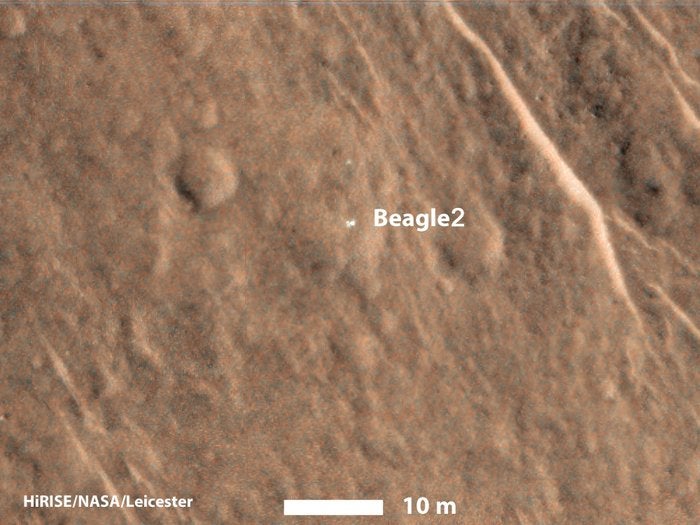 Oh There You Are

Color image of Beagle-2 on Mars

Michael Croon, a former member of the Mars Express mission, along with members of the Beagle-2 industrial and scientific teams, searched through countless high-resolution images taken by the Reconnaissance Orbiter. First, the team discovered what looked like counterparts to Beagle-2 in Isidis Planitia, a large impact basin that mission managers picked as a landing zone. This eyebrow-raising discovery prompted further images from NASA, which now show the Beagle-2 only partially deployed itself, with just three or four of its solar panels open. Images of the site show what seems to be Beagle-2’s main parachute and the rear cover still attached to its pilot/drogue chute.

Mark Sims, Beagle-2’s mission manager from Leicester University, tells BBC News that the ESA likely lost communication with the lander because not all of its solar panels deployed. “Without full deployment, there is no way we could have communicated with it as the radio frequency antenna was under the solar panels,” explained Sims.

According to the ESA, the size, shape, and color of the objects in the images are consistent with Beagle-2, further confirming that they’ve found the lander. Plus, the lander is within its expected landing area—just three miles from the center. That’s great news for the ESA, since the Beagle-2 is just a mere 2 meters wide—the size limit of what the cameras orbiting Mars can pick up. Way to find that little doggy, ESA.