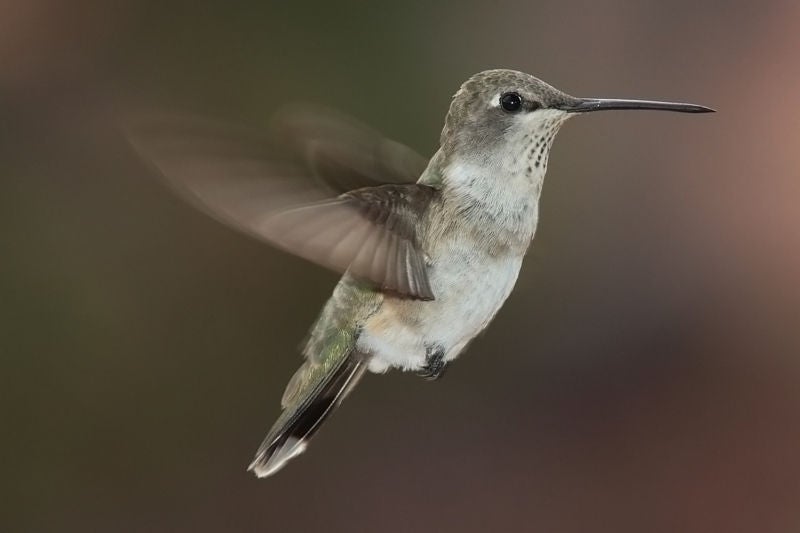 The hummingbird is an animal that by all rights shouldn’t be able to fly. Its wing movements are not at all like that of other birds. But not only can they fly, they’re so good at it that they’re the only species which can fly backward. They’re also one of the few–but not the only–that can hover. And in the past week alone, two new studies on hovering animals have been made public. One is on bats and the others on the bluegill sunfish.

A team of researchers from Drexel, MIT, Harvard, and George Washington University have been studying the bluegill sunfish’s ability to hover. By using only its pectoral fins, the fish can hover and rotate or move forward and come to a controlled stop. The motion was discovered by filming the fish in a tank while introducing tiny particles to reveal the trajectory of its fins in the water. The sunfish moves its pectoral fins in an unusual “cup and sweep” motion, which produces no drag. The team is using the data to build a mechanical spandex fin for submarines in the hopes of increasing their mobility in the water.

Researchers at Lund University in Sweden, meanwhile, have been studying a similar ability in bats. Using a specially constructed wind tunnel and fog as tracer particles, the scientists trained the bats to fly from one end to the other and videotaped the results. They discovered the bats were able to generate an unexpected amount of lift by changing the curvature in their wings, allowing them momentarily to hover.

Check out a video of the bat in motion below.