A new study suggests that if Antarctic ice continues melting at its current rate, the famed penguins will be near-extinct within the century 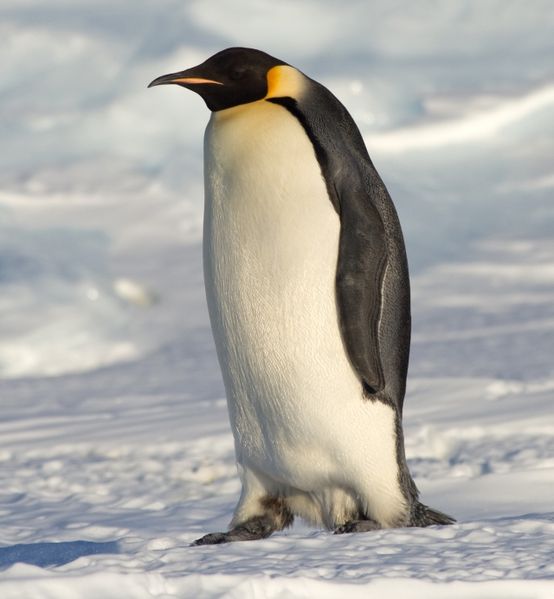 No more happy feet for emperor penguins. According to a new study, if Antarctic ice continues to shrink at its current pace, emperor penguins will face extinction within the next 100 years.

Emperor penguins are one of only two open-sea Antarctic penguin species and depend on the sea ice for survival. After breeding, emperor penguins feed among the coastal pack ice where stretches of water are exposed. As a result of disappearing ice, the emperor penguins are being forced to retreat inward and could easily become displaced by other animals, losing out on nesting space.

After examining data from the Terre Adelie penguin colony, researchers from the Woods Hole Oceanographic Institution in Massachusetts found the emperor penguin population is facing a quasi-extinction, equal to a 95 percent or more population drop by the year 2100. The population is expected to decline from 6000 breeding pairs to only 400 pairs in the next 100 years if sea ice continues to shrink at the rate projected by Intergovernmental Panel on Climate Change (IPPC) models.

At this point, the probability of the quasi-extinction by the year 2100 is about 40 percent. And scientists have already begun to see a fall in the emperor penguin population. “The severe decrease in the small Dion Island emperor penguin colony, located on the northwestern Antarctic Peninsula, likely is attributable to the large-scale disappearance of sea ice in that region,” says Stephanie Jenouvrier, member of the research team from the Woods Hole Oceanographic Institution.

The researchers are hopeful the emperor penguins will avoid extinction by adapting to the shrinking ice. To do this, the penguins would need to migrate or change breeding patterns. Unfortunately, emperor penguins are known for being slow to change. “The penguin is long-lived, and climate change is happening very quickly, so there will be significant impact on the population before many generations have passed,” says Hal Caswell biologist at the Woods Hole Oceanographic Institution. Thus it will be difficult for adaptation, even if possible, to happen fast enough.”

The extinction of the emperor penguin could mean trouble for other species in the marine ecosystem as well. Emperor penguins do more than wear tuxedos and dance all day. The birds are at the top of their food chain and act as an ‘indicator species,’ meaning scientists monitor the birds to see changes in the rest of the environment. If the penguins disappear, observing other Antarctic animals will become more difficult.