When you step out of an elevator, how frequently do you know — intrinsically, without thinking — which way to... 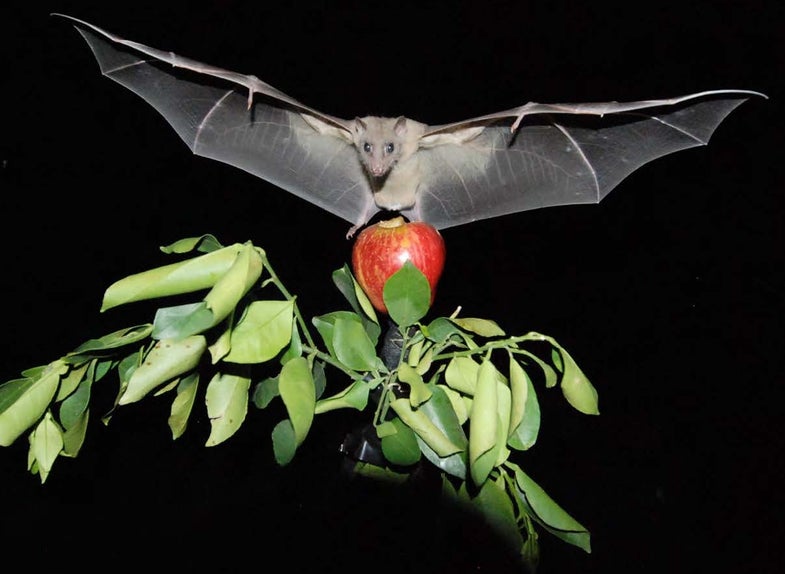 When you step out of an elevator, how frequently do you know — intrinsically, without thinking — which way to turn?

For some people, especially those who ride up steel cages every morning to an office, correct orientation is automatic. Others have to think about which way to go, and might awkwardly bump into our elevator-mates as we turn. In either case, we’re using intrinsic navigation. A new study of bats explains how our brain cells help with this, directly responding to horizontal or vertical orientation and acting as an internal compass.

Navigation requires two things: knowing where you are, which is like having a map, and knowing which direction you’re facing on that map, like having a compass. Mammals need to process lots of this information to safely navigate our environments, from humans jostling through a crowded elevator foyer to moles burrowing underground to bats winging through trees.

Previous work on rats identified a brain center that helps with all this. It’s located in the dorsal presubiculum of the hippocampus. These so-called “head-direction cells” help rats, bats, cats, dolphins and other mammals orient themselves, according to several previously published studies. But nobody had studied what happens in the brain to orient all three head directions at once — up, down and to the side.

Arseny Finkelstein and colleagues at the Weizmann Institute of Science in Israel set out to do this, and they focused on the dorsal presubiculum of the Egyptian fruit bat. They attached wireless devices to measure the brain activity of bats crawling around in search of food, and also measured which way the bats were moving in three dimensions, so they could correlate the bat’s actions with its brain activity. They also monitored bats flying toward a perch where they would land head-down. This is a tricky maneuver — imagine a bat flying toward a perch, with its body and wings facing forward. As it comes in for a landing, it flips itself onto its back, so to speak, and thrusts its legs upward. It ends with its head facing down and facing the direction from which it came, a whirl that would make most of us dizzy.

Watching the bats’ brain activity, the researchers noticed certain cells responded to horizontal orientation, and others to vertical orientation. Together, the cells help the bats track their orientation in all three dimensions of space. Instead of a sphere, which was the researchers’ first guess, the head-direction cells take on a toroidal shape — they look like a thick donut, which the researchers dubbed a “3-D neural compass.” How would this compass work? As a bat rotates its body, nerve cells in its brain gradually move around the donut. They activate in a pattern that represents the bat’s direction.

The same researchers also recently reported 3-D place cells in the brains of bats, and they think these groups work in concert — one is a map, and one is a compass.

Other animals might have neural compasses that are more spherical in shape, which would also keep track of an animal’s direction in a lateral roll, the authors note. But bats don’t really do that, so the donut shape fits them just fine. More work has to be done to describe similar systems in other mammals, but the researchers think they’re likely not limited to bats.

“We predict that conjunctive 3-D head-direction cells might be found also in non-flying mammals that move in complex 3-D environments or that orient their head up/down, such as squirrels, cats, dolphins and primates,” they write. 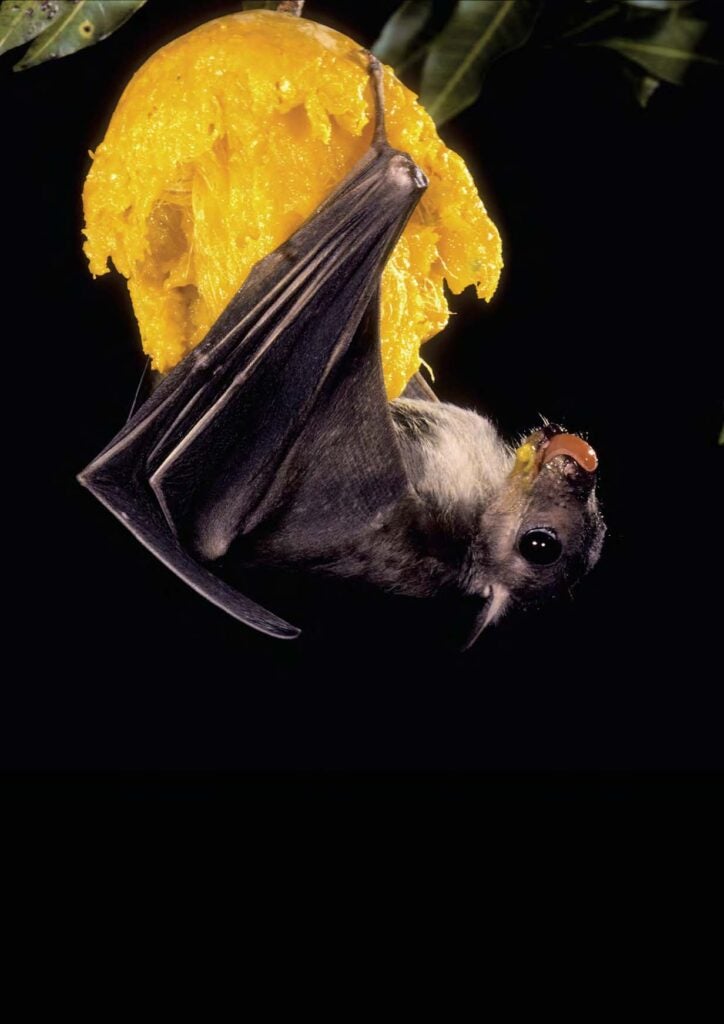