Ralphie from ‘A Christmas Story’ could have been the first child in space. Then disaster struck.

The actor from the beloved holiday film has a sad connection with one of NASA’s worst tragedies. 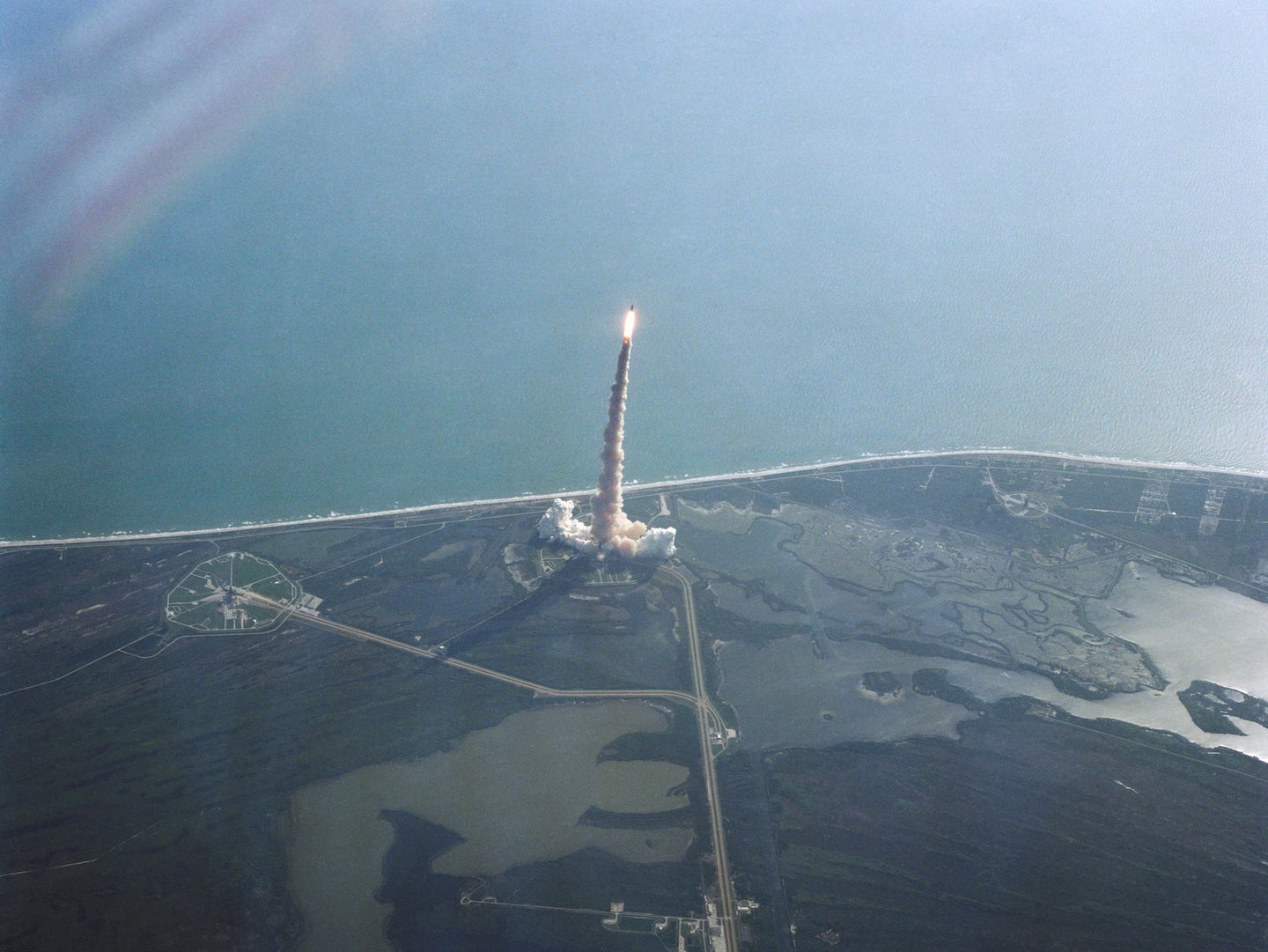 Challenger lifts off on a mission in 1986. NASA
SHARE

Countless children dream of going to space, but one 14-year-old in 1986 may actually have had a shot at it: Peter Billingsley.

Billingsley played the adorable, doe-eyed 9-year old Ralphie Parker in the holiday movie A Christmas Story—the goofy, sometimes hilarious 1983 classic that has become one of the best known, and most beloved, Christmas films ever. The film centers on Ralphie’s all-consuming desire to get a Red Ryder BB gun. Billingsley is now a 49-year-old actor, producer, and director in Los Angeles, California.

But Billingsley’s dream was shattered on January 28, 1986, by the tragic explosion of the Space Shuttle Challenger, one of the worst accidents in the history of the United States space program. The accident killed all seven crew members aboard, including a 37-year old high school teacher with “an infectious enthusiasm” named Christa McAuliffe.

The fascinating and profoundly sad connection between A Christmas Story and the Challenger disaster was recently given new light in the four-part Netflix series Challenger: The Final Flight, a riveting, heart-wrenching documentary that examines the cause of the accident and its long-lasting repercussions for NASA’s manned space program.

After the release of A Christmas Story, Billingsley’s fame—and his interest in space—came to NASA’s attention. At the time, the shuttle program represented a new era for NASA, one that celebrated the citizen astronaut over the Right Stuff era of fearless test pilots with military backgrounds.

“Mercury, Gemini, Apollo—that was the heroic age,” said Roger Launius, a space historian and the former senior curator of space history at the Smithsonian’s National Air and Space Museum. But NASA’s approach to space changed with the creation of the shuttle program in 1981. The thinking, Launius says, was: “Now, with the shuttle, we’re going to turn low earth orbit into the normal realm of human activity.”

To attract children who might be future astronauts, Billingsley was recruited to be the spokesman for the Young Astronauts Program, a nationwide effort established in 1984 by President Ronald Reagan. The Challenger mission was to be the next leap ahead in making space accessible.

“This was a real galvanizing moment and completely enthused a lot of people,” Billingsley said in the Netflix series. (He declined to be interviewed for this article.) “And it got a lot of kids really excited and suddenly made space travel incredibly relatable. And it wasn’t just an astronaut now, it was one of us, you know. It was somebody’s teacher.”

To capitalize on his fame, Billingsley was invited to attend the launch of the Challenger—and the first teacher in space—in January 1986. He was on a viewing platform standing next to McAuliffe’s parents as the Challenger left the launch pad, soared skyward, and then exploded on live television.

“We saw a flash. And everyone I think even kind of said, “Oh, that’s the solid rocket boosters,” Billingsley recalled in the third episode of the series. “We think this is what we’re supposed to see. But then someone said there might be a problem, and this started to spread. And the voice came back on the loudspeaker and said, ‘The vehicle has exploded.’ And that was it.”

The disaster changed the way that the public saw space flight.

“The idea of space travel had become kind of routine, and Challenger woke us up that there’s nothing routine about this at all,” says Brian C. Odom, the acting chief historian at NASA. “This technology is very complex and there are these great risks with everything we do. From a NASA perspective, it made us say ‘let’s redouble our efforts on safety, don’t get complacent.’”

Billingsley’s connection to NASA’s space shuttle initiative through the Young Astronauts Program, along with belief at the time that America was entering an era of space travel for everyone, also led him to believe that he might be the first child ever to go into space. Such was the heady enthusiasm at the time that space travel had become so routine and safe that it would soon be available to the general public.

“The sense that I might personally be able to go someday was completely true,” Billingsley said. “There was a larger plan when the astronauts landed and Christa was back, we were going to do a national press tour together. And they said the next step for us is going to be a kid in space. And I thought, “My gosh, that’s awesome, man, yes, sign me up.”

Prior to the Challenger’s flight, engineers had cautioned that the O-ring material hardened in freezing temperatures, which could cause hot gas to escape and potentially lead to catastrophic failure. Several previous flights had seen O-ring degradation. However, that critical bit of information was never relayed to the head of the space shuttle program, Jesse W. Moore, according to the subsequent investigation, known as the Rogers Commission. Moore and his team were under considerable pressure to stay on schedule since so many previous launches had been delayed, and the launch went ahead. Staffers at Thiokol had initially warned against launching but were pressured to give a green light.

It is estimated that nearly 20 percent of the US population witnessed the launch on live television, largely due to the presence of McAuliffe. The explosion raised profound questions that went beyond the technical questions over what caused the accident.

“NASA had developed a reputation at the time for being really good at this,” says Launius. “And so for something suddenly to fail in such a spectacular, tragic manner, was really a shock to a lot of people. It called into question lots of things about what we believed about NASA as an agency but more importantly what we believed about ourselves as a people.”

For his part, Billingsley has continued to work in Hollywood as a producer, director, and occasional bit player in movies, including Iron Man. He also played the head elf in Santa’s workshop in the 2003 Christmas hit Elf, starring Will Farrel and directed by Jon Favreau, which itself has become another Christmas classic.

After three decades, on July 21, 2011, NASA’s space shuttle program completed its 135th, and final, mission, when the shuttle Atlantis landed at Kennedy Space Center in Florida. Astronauts didn’t blast off from American soil again following the 2011 mission until just this past May, when Bob Behnken and Doug Hurley rode a SpaceX rocket to the International Space Station.