In space, no one can fix your toilet for you. 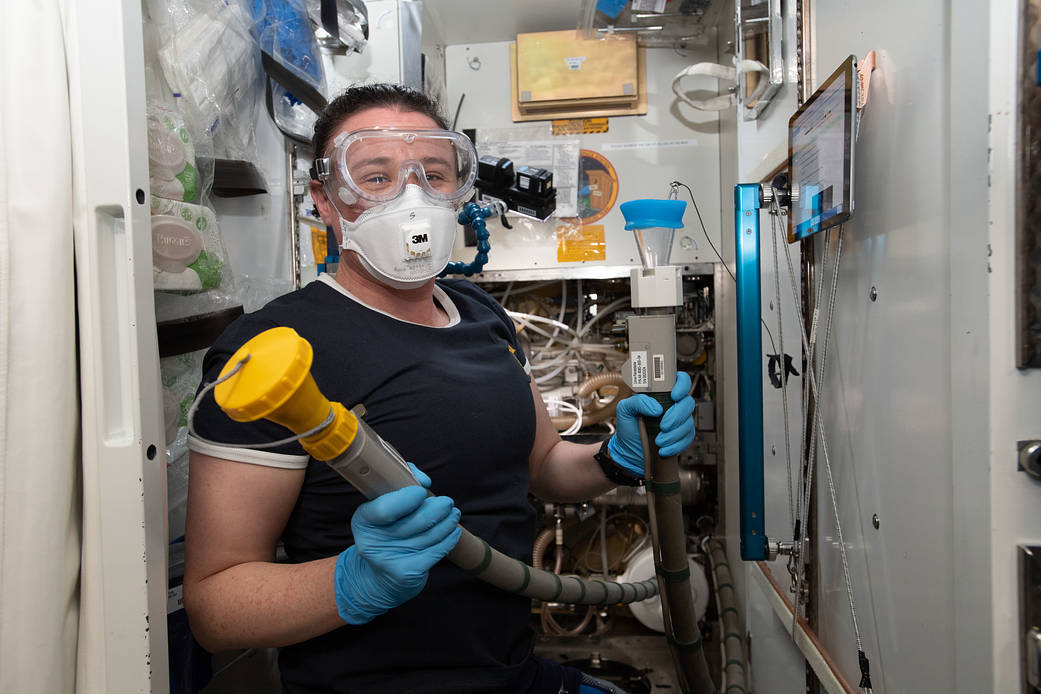 Astronauts—they’re just like us. Last week, the International Space Station was plagued by a leaky toilet. The crew onboard had to put their plumbers’ hats on and get to work repairing the system as gallons of water spilled weightlessly out into the spacecraft, 250 miles above the surface of the earth. Yeeeesh, that’s rough.

Problems arose when the crew began preparations for the eventual installation of a brand new advanced toilet system, the Universal Waste Management System, designed to handle astronaut waste and disposal more efficiently. The UWMS is supposed to be 75 percent more compact than previous toilet system used on the ISS and the Space Shuttle, and improve cleanliness as well.

Unfortunately, installing a new toilet is space is as messy as it is here on Earth. According to NASA, the leak sprung while astronauts on the American side of the station were unhooking a connection point from the potable water system. About 2.5 gallons of water spilled out, and the astronauts had to soak it all up using—what else—towels!

This is far from the first time the ISS crew has had to deal with toilet issues. Problems arose in 2008 as well as 2010. That’s more frequent than you might expect for something that cost tens of millions of dollars to develop.

While the loss of water isn’t a huge deal, it’s worth remembering that most of the water circulating through the ISS is recycled. Crew members are allotted about half a gallon a day. Whatever’s used in the shower, or released through sweat and urine, is filtered and turned back into potable water. Yes, that means some of the water you pee could just end up going right back into your body when you’re feeling thirsty. If worst comes to worst and the filtration system breaks down, there are about 530 gallons of water stored as a precautionary reserve.

After astronauts settled the leak last week, the crew finished installing a new double-stall enclosure in anticipation of the full installation of the UWMS next year. The same sort of system is set to fly on the first few missions of the Orion spacecraft that will return astronauts to the moon and potentially go to Mars, so the ISS will be an important testing ground. Relieving yourself in space is fraught with challenges, especially when it comes to managing cleanliness. Toilets are havens for potentially infectious pathogens, and even the ISS is no stranger to drug resistant bacteria. The UWMS is supposed to mitigate those problems to a certain extent, especially when it comes to pooping.

Relatedly, NASA’s also eager to figure out a new waste management system for astronaut spacesuits, in the anticipation that future spacefarers may have to stay inside these things for many more hours or even days at a time. Currently, anyone going off on a spacewalk has to settle for diapers, which are obviously far from ideal. Imagine going through years of training and getting selected as one of the few people to ever travel outside of Earth’s atmosphere—only to be told to put on a diaper before you’re allowed to outside the spacecraft.