The near-Earth discovery is an 'impressive' find, astronomers say. 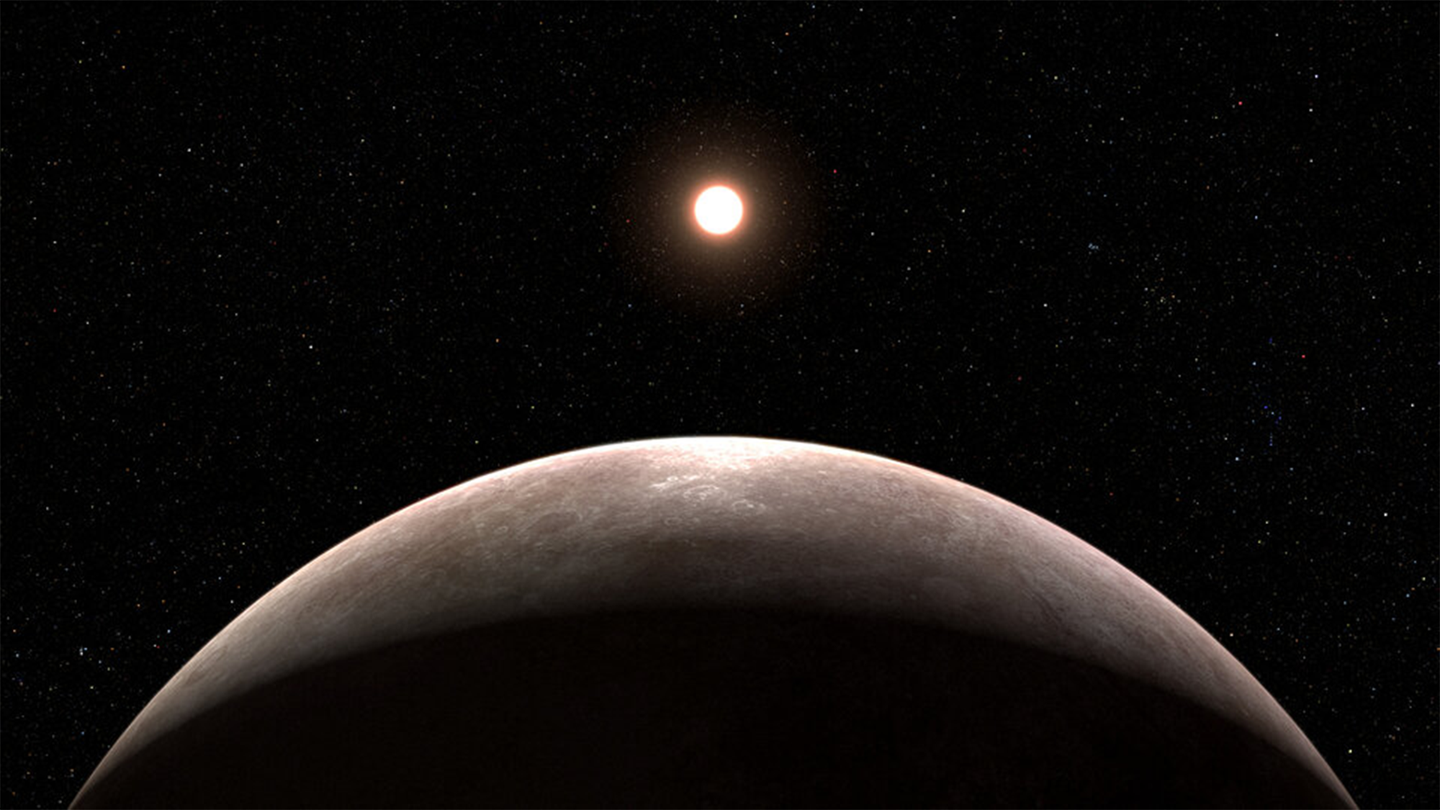 An illustration of Exoplanet LHS 475 b and its star. NASA, ESA, CSA, L. Hustak (STScI)
SHARE

After launching on Christmas Day 2021, the James Webb Space Telescope (JWST) has continued to dazzle us with its data and discoveries. Now, the multi-mirrored space observatory has identified its first new exoplanet named LHS 475 b. At only 41 light years away from Earth in the constellation Octans, the exoplanet is about 99 percent of our world’s diameter.

After reviewing the targets of interest from NASA’s Transiting Exoplanet Survey Satellite, the team from Johns Hopkins University Applied Physics Laboratory (APL) in Maryland honed in on hints of the exoplanet’s existence with JWST. With only two transit observations (when an exoplanet passes in front of its star), JWST’s Near-Infrared Spectrograph (NIRSpec) captured the distant celestial body clearly. “There is no question that it’s there. Webb’s pristine data validate it,” said Jacob Lustig-Yaeger, an astronomer and astrobiologist at APL, in a statement.

“The fact that it is also a small, rocky planet is impressive for the observatory,” Kevin Stevenson, an astronomer also from APL, added in the statement,

The data shows that the exoplanet is an Earth-sized terrestrial (not water covered) world, but it is not known if it has an atmosphere.

“The observatory’s data are beautiful,” noted Erin May, an astrophysicist at APL, in a statement. “The telescope is so sensitive that it can easily detect a range of molecules, but we can’t yet make any definitive conclusions about LHS 475 b’s atmosphere.”

That said, the team can definitely say what is not present. “There are some terrestrial-type atmospheres that we can rule out,” explained Lustig-Yaeger. “It can’t have a thick methane-dominated atmosphere, similar to that of Saturn’s moon Titan.”

[Related on PopSci+: There is no Planet B.]

JWST also revealed that LHS 475 b is much warmer than Earth. If clouds are detected, it could be more like Venus, which does have a carbon dioxide atmosphere. It also completes an orbit in just two days, which the JWST’s precise light curve from the telescope’s NIRSpec was able to reveal.

In addition to LHS 475 b, NASA has confirmed 5,000-plus exoplanets with its many deep-space searching tools. The roster is incredibly diverse, with some looking like Mars’s pebbly terrain and others like Jupiter-esque gas giants. Some of them orbit two stars at once, while others orbit long-dead stars. It is very likely that there are hundreds of billions of exoplanets in the Milky Way galaxy alone. JWST will be able to tell scientists even more about these other worlds.

“We have barely begun scratching the surface of what their atmospheres might be like. And it is only the first of many discoveries that it will make,” stated Lustig-Yaeger. “With this telescope, rocky exoplanets are the new frontier.”