True Color Of An Exoplanet Discovered For The First Time 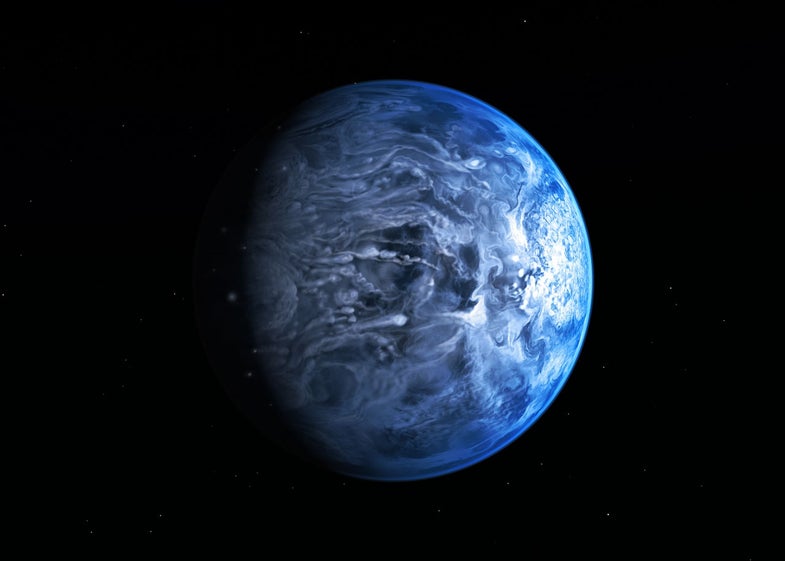 Looks a bit like Earth, doesn’t it? You wouldn’t find this planet very comfortable, however. Called HD 189773b, it’s 1,000 degrees Celsius on its surface and it rains glass. Sideways.

HD 189773b looks like Earth because it’s blue. Astronomers have determined its true color, a first for an exoplanet, or a planet orbiting a star other than Earth’s own sun. 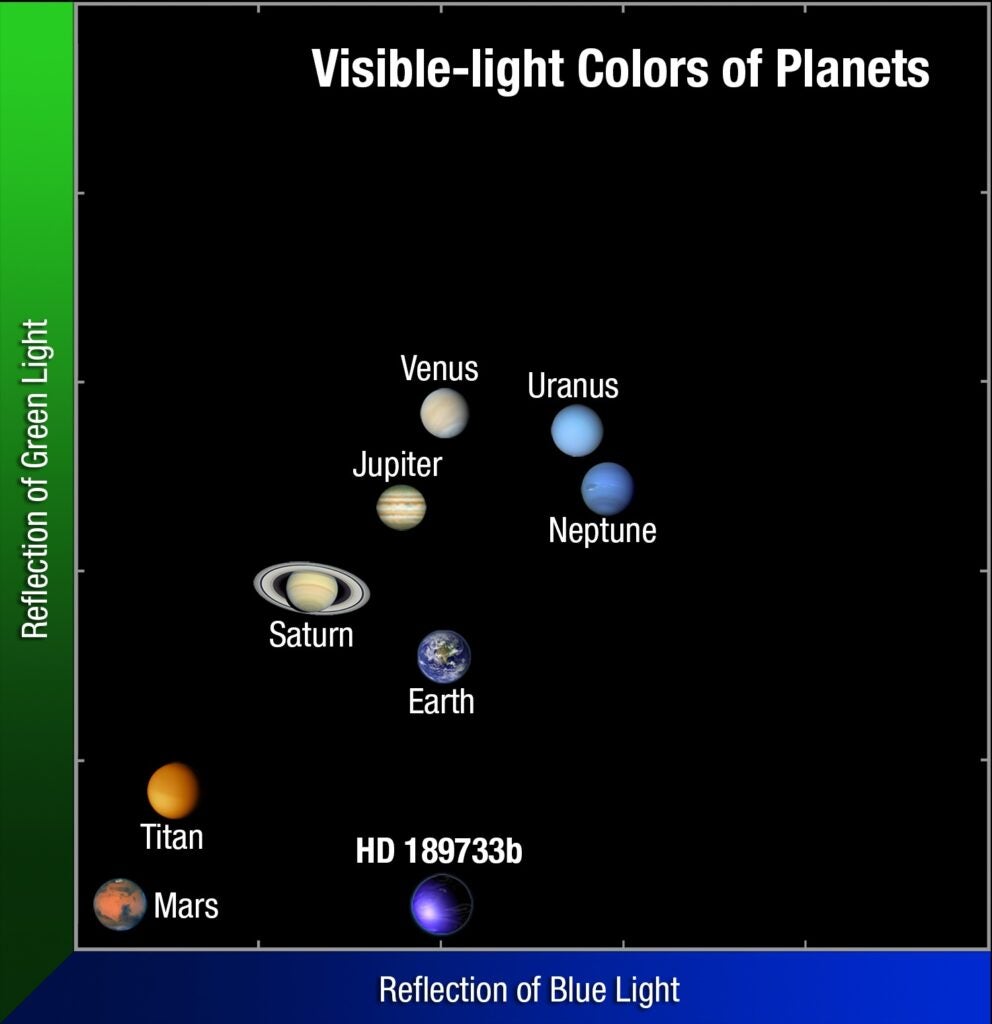 The Color of HD 189733b Compared to Other Planets

Using data from the Hubble Space Telescope, a team of European and American astronomers measured the light reflection off of the exoplanet. The team had to isolate light reflecting off the planet from light from its star (the exoplanet orbits the star closely). The researchers used measurements from before, during and after the planet appears to go behind its star, in relation to Earth.

In general, HD 189773b has been well studied by Hubble and other telescopes because it’s relatively close to Earth, 63 light-years away.

The blue color is thought to come from silicate particles in the planet’s atmosphere, which scatter blue light. Because of the planet’s surface temperature, the particles could condense to form glass. These glass grains would then fly around in the planet’s 4,000 mph (7,000 kilometers per hour) wind. Ouch.