Mercury, Venus, Mars, Jupiter, and Saturn, in the order the universe intended. 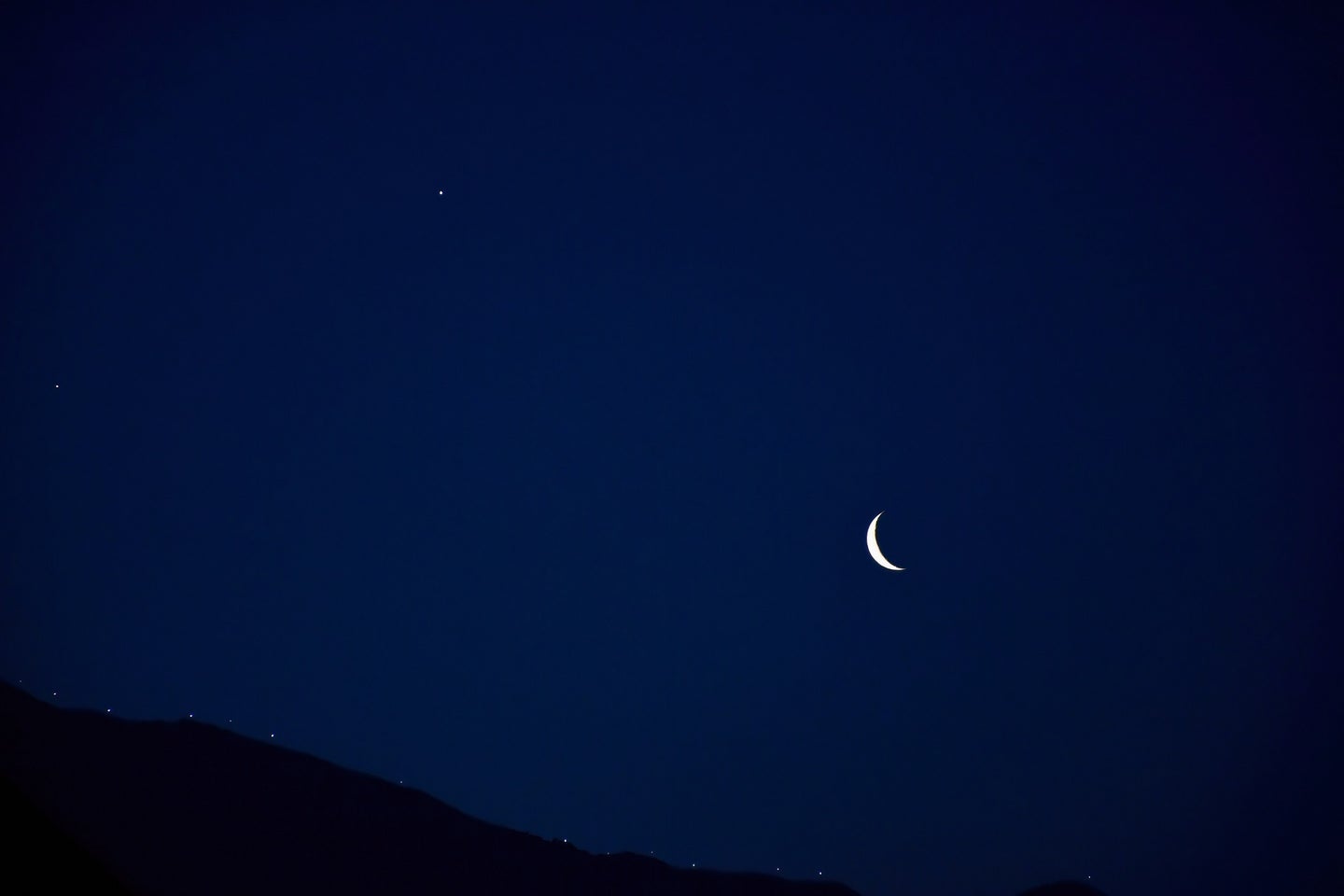 If you’re up before dawn on a clear day this summer, check the skies first. Aside from the usual pinpricks of stars, you should find “a parade of planets” tracking the eastern horizon. Mercury, barely visible from the glare of the sun, leads out front, while a clearly ringed Saturn brings up the rear. The five-planet alignment first appeared in early June, and will slowly drift apart by September. It was last seen above Earth in December 2004.

Sky gazers got stellar views of the conjunction on the mornings of June 23 and 24 with the moon neatly positioned between Venus and Mars. The moon will remain near that spot until June 27, catching Mercury in its glow even as it wanes into a sliver. The procession is visible with the naked eye, but binoculars or a small scope can make it easier to identify the different planets and their features.

It’s important to remember that, while the planets do fall in order based on distance from the sun, they don’t actually form a queue as they complete their orbits. The solar system looks flat from the ground, so the patterns in the sky will always seem more linear than they are in space.

In this event, Mercury, Venus, Mars, Jupiter, and Saturn are visible together because their disparate orbits have matched up with Earth’s—something that only happens every 18 years. According to Live Science, Saturn materializes first in the predawn darkness, hemmed by its infamous icy rings. Next comes Jupiter, big, shiny, and unwavering. Mars, tinged in red, and Venus, the brightest object in the sky, soon follow. Finally, for a short window before sunrise, Mercury shows up on the lower left side of the horizon.

[Related: What comes after the James Webb Space Telescope?]

And while you’re rubbernecking the cosmos, NASA suggests hunting for a few star formations that are prominent in summer. That includes the Lyra constellation, M13 great globular cluster, and the summer triangle asterism, all of which can be spotted from the Northern Hemisphere. If you want to plan further out (and are willing to invest in a powerful telescope), save the date for Comet C/2017 K2’s flyby in mid-July.