The Moon keeps flashing us and we have no idea why

But some answers might finally be on the way. 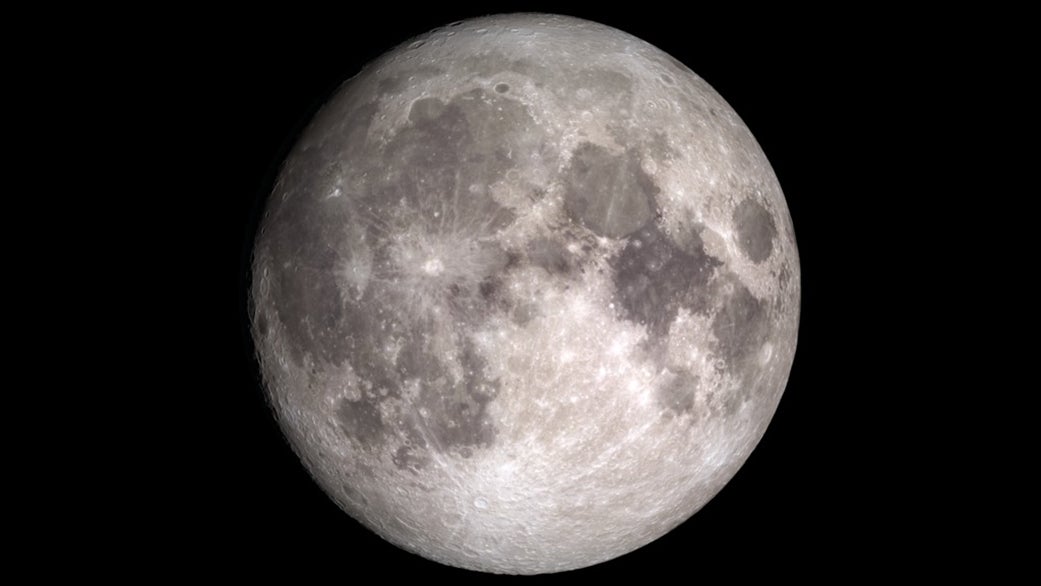 If you stare at the moon hard enough with a powerful telescope, you’ll notice something bizarre happening on the surface. Flashes of light will burst out momentarily, then vanish just as inexplicably fast. Humans have claimed to witnessed this for at least a thousand years, and modern astronomers have documented the phenomenon since the latter half of the 20th century. Dubbed transient lunar phenomenon (TLP), we’ve seen it over and over and over, without any real understanding for its cause.

We might finally have answers soon enough. Hakan Kayal, an astronomer based at the University of Würzburg in Bavaria, Germany, is currently in the midst of a project that might reveal what’s spurring these shifts in light and darkness on the moon, thanks to a new lunar telescope system run out of an observatory 60 miles north of Seville, Spain. Though still underdevelopment, the system has been operational since April, and is already raising hopes that we’re on the cusp of solving a decades-long mystery of the moon.

According to Kayal, the TLP flashes are typically just that—bursts of light that appear and disappear within a second or two, although the literature also documents some longer lasting observations that brighten the surface for minutes or even hours. The spikes in light have been previously described as a sort of sparkle, often red or pink in hue, that stretch out for up to 10 miles in diameter. Astronomers nowadays typically see them happening several times a week. In rare instances, these light changes sometimes result in darkened patches popping up on the surface.

The most popular explanations for what’s causing this phenomena, says Kayal, are meteorite impacts; the release of gas or vapors, perhaps through moonquakes, that can cloud the surface and reflect light abnormally; electrostatic discharge due to interactions with the solar wind; and light emission caused by rock fracturing.

The first confirmed observation of TLP was in 1958 by a Russian astronomer. Over the next few decades, other astronomers using more powerful instruments would continue to see aberrations of light and brightness flicker off the surface of the moon. A 1967 paper in the journal, Science was the first to label the observation as “lunar transient phenomena”. Tony Cook, a researcher based at Aberystwyth University in the UK who’s written about TLP, estimates that there’ve been about 3,000 reports of lunar flashes, although many have been made by amateur astronomers and inexperienced observers. More recently, the European Space Agency has operated its NELIOTA telescope since 2017, discovering there are far more flashes happening than we thought and they’re distributed more widely across the surface.

The fact that there may be multiple causes of TLP, and the fact that these flashes happen so fast, have made it difficult to really hone in on their origin. The lack of any real progress in figuring out the cause has only confounded lunar scientists even further and deepened the mystery behind TLP.

But the NELIOTA observations have helped to renew interest among scientists to study TLP. And that’s where Kayal’s project comes in. He describes the new telescope as a “low budget system,” combining two telescope tubes on a single mount, both equipped with cameras connected to two different computers. The two telescopes will constantly scan the surface of the moon each night, and when both cameras see a luminous event, the system sends the data straight to Kayal and his team.

Each computer is powered by A.I. software tasked with automatically detecting flashes and other light phenomena. As the software makes more observations, it will learn how to better distinguish lunar flashes from light effects caused by terrestrial objects, like birds or airplanes. “One main task for us is to further develop our software for the detection of the events with as low false alarm rates as possible,” says Kayal. “We already have a basic version which works but there are improvements necessary. As the project is not third party-funded yet and only funded by the resources of the university itself, there is not very much manpower for the software. But we have students who can help to improve the software within their study.”

The new instrument, located 60 miles north of Seville, Spain, and still in the process of being finished, will only be able to detect relatively large flash events, on the scale of 5 kilometers per pixel, with some variations depending on the light intensity. But the researchers have a long-term vision in mind: Better cameras could be easily installed, and there are plans to add spectrometers that could reveal any geochemical components that accompany the flashes. Kayal believes there’s a large capacity for the new telescope to contribute to many different kinds of lunar studies, assuming there’s enough financial support provided.

“I’m really excited to see how Kayal’s project goes,” says Cook. “It would be a really great resource to help check out any future amateur astronomer reports of TLP that we receive from time to time.” While he believes the current specifications are limited, he’s encouraged by the improvements that could be made to the telescopes. A color camera, says Cook, could help in pointing out subtle differences between the flashes.

And this study of these flashes is coming at possibly the most opportune and significant moment. Besides understanding the origin of TLP as it relates to planetary science and possibly shed light on the origins of the moon, there are some practical implications to consider as well. “There is a run to the moon going on now, this time to stay,” says Kayal. “We should fully understand the local environment, before people begin to live there.” Many of the culprits behind TLP, like meteorite impacts and tectonic activity, could also poise safety hazards to astronauts on the surface—which means the flashes could help us characterize how frequently those events manifest. In addition, “the flashing lights on the moon are a good technological target for us. The moon flashes are a kind of testbed for our sensor systems, which might be used on later satellite missions to other planets or moon in the solar system.”

Kayal and his colleagues hope the system becomes fully operational in a year—until then, they plan to continue making observations with the current software and identifying any components that need rectifying.