Why do brains need sleep? These ‘twinkling’ star-shaped cells may help us find out

The cells, called astrocytes, act differently when we snooze. 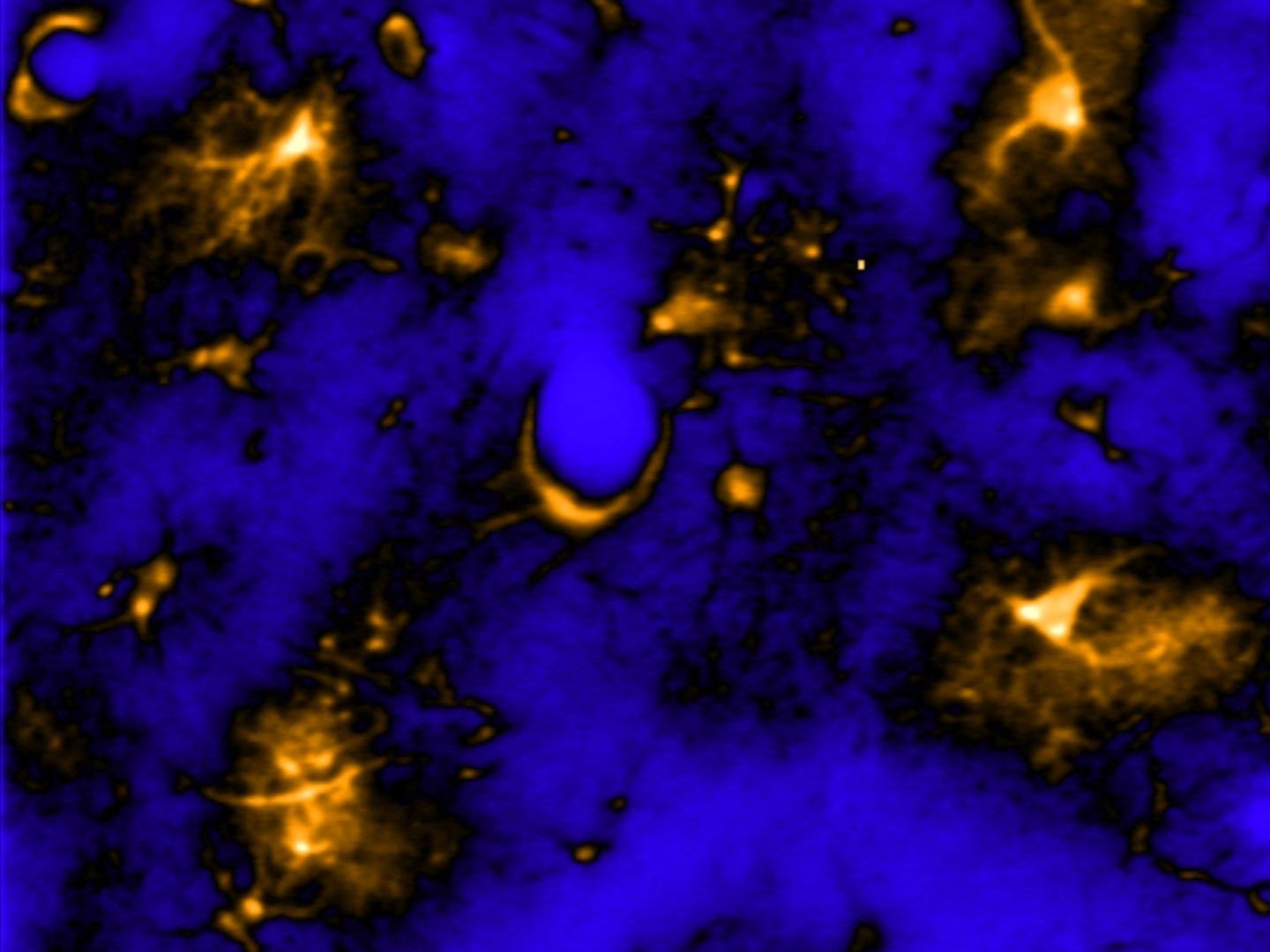 Scientists still haven’t nailed down the exact reason why we need to sleep—they only really know what happens to our brains when we don’t. But a new study published last week in Current Biology investigates a unique kind of star-shaped cell that has long been overlooked that may reveal some answers: astrocytes.

Astrocytes are glial (which literally means “glue”) cells that provide physical support to neurons in the brain, and up until recently, that was thought to be their main function. In this new study out of Washington State University, researchers used tiny microscopes to track a process called calcium signaling in mouse brains. In both mouse and human brains, astrocytes send calcium particles to one another to communicate and provide necessary support for neuron activity. In their mice, the research team found that the pattern of calcium signaling between astrocytes changed depending on whether the mice were awake or asleep. That finding on its own wasn’t terribly exciting, since it might have meant that astrocytes simply mirror the behavior of the neurons they support.

However, neurons show stronger patterns of activity during wakefulness, deliberately helping us react and think. But the study found that astrocytes behaved in the opposite way—patterns of calcium signals became more defined during non-REM sleep. That, the team says, is a peculiar find.

“Because astrocytes aren’t just mirroring neuronal activity, that kind of suggests to us that maybe astrocytes play a more direct role in regulating our sleep than we had previously thought,” says Dr. Ashley Ingiosi, a neuroscientist at Washington State University and the lead author of the study.

Scientists have long been able to study neuronal activity in the brain through electroencephalography (EEG), which can measure electrical signals passed between neurons in the brain. Astrocytes, though, aren’t capable of sending electrical signals, so this method doesn’t work for them. Up until now, researchers haven’t had the tools to track calcium signals in the brain. For this study, the team used hyper-sensitive tools called two-photon microscopes that allowed them to see the movement of calcium in the brain as twinkling light in super high detail.

This step forward in technology might also be a step toward understanding why we need to sleep in the first place—a question that scientists have been trying to answer for millennia. Most sleep studies have focused on neuronal activity because neurons power most brain activity and because, through EEG, that activity has been measurable. But maybe we’ve been looking at the wrong cells.

“With this study, we now have an entirely different cell type, that’s not neurons, that is also changing dynamically across sleep-wake states and is playing a role in how our sleep is regulated,” says Ingiosi.

These new findings may provide a jumping-off point for sleep researchers to address disordered sleeping habits that can be caused by any number of conditions, including autism spectrum disorder, PTSD, and Alzheimer’s disease, according to Ingiosi. The authors of the study don’t yet know if it is possible to create the ideal calcium environment in the brain for sleep or to control how much sleep people need, but these are questions that fascinate sleep researchers.

Despite all the unanswered questions, the possibility that astrocytes play a role in sleep regulation is an exciting discovery that sets the stage for a whole new era of sleep research.

“So maybe we were looking in the wrong place for a while,” says Ingiosi. “Maybe we’ve got, potentially, a new path forward towards why we sleep in the first place.”