What animal do you see in this image of a nebula?

It's a classic example of pareidolia. 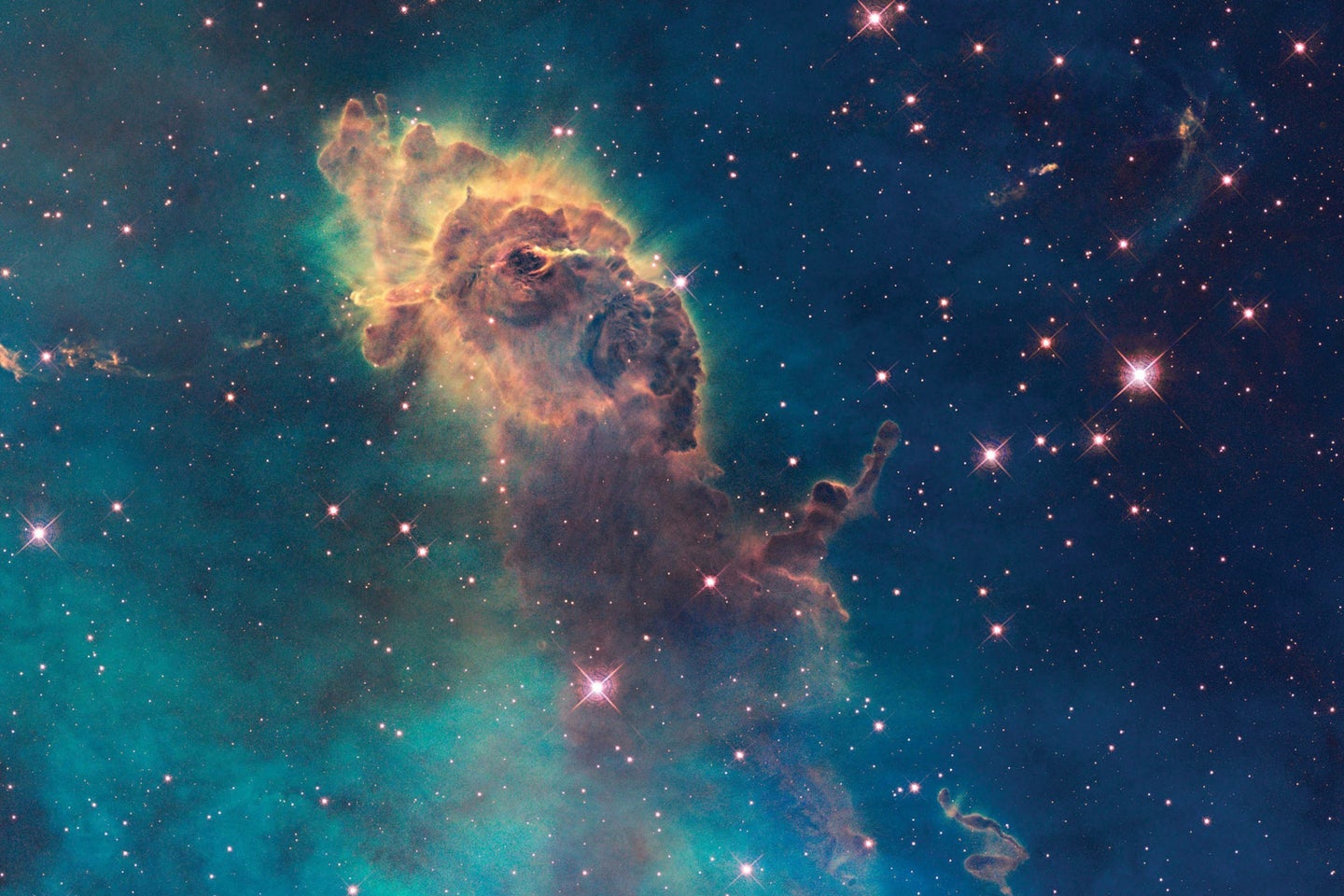 This image of the Carina nebula shows only dust, ionized gases, and stars. But there’s a chance a dog on its hind legs looks back at you. Neuroscientists dubbed such recognition “pareidolia”—the human tendency to interpret random stimuli as familiar objects. It’s why people sometimes perceive a smile in a passing cloud or the man in the moon.

Two parts of the brain cause facial pareidolia, says Kang Lee, a developmental neuroscientist at the University of Toronto. The fusiform face area, a region of the brain’s visual system, activates specifically in response to a visage. Simultaneously, the inferior frontal gyrus tells the visual system how strange an object can look and still be recognized. The result can be a freakish tendency to see human expressions where none exist.

Researchers still haven’t pinned down the precise neural dance that turns random blobs into profiles, Lee says. But it’s possible that humans, both evolutionarily as a species and individually through years of practice, have developed such a knack for this shape identification that we do it unthinkingly all the time.

Lee spots mugs everywhere. But not everyone has the same degree of pareidolia—some people might hardly see them at all. If you do see faces where there are none, don’t freak out: Someone else certainly does too.