Mars’ skies are clearing up, but the Opportunity rover is still fast asleep

Hang in there, sleeping beauty. 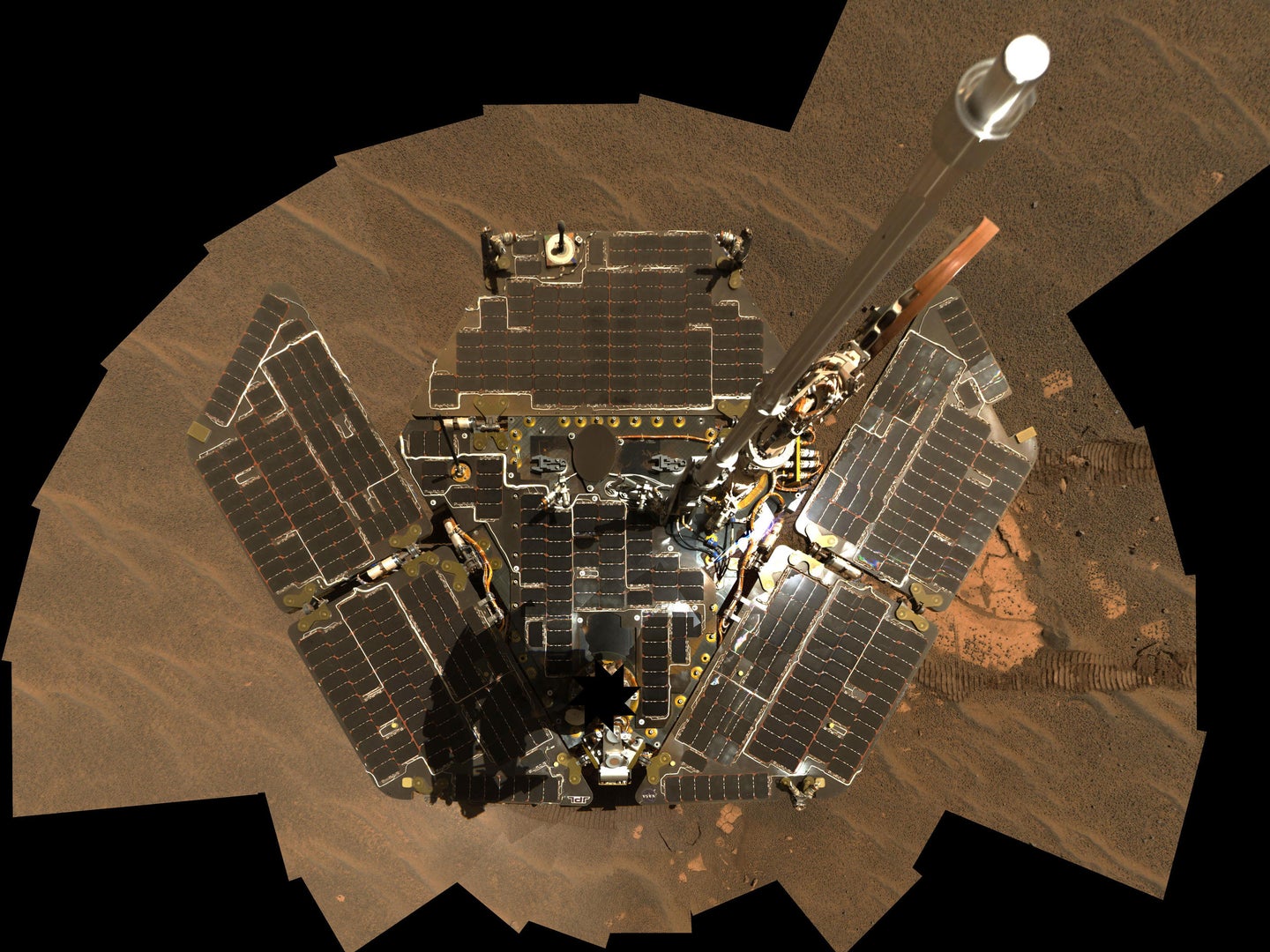 For the past three months, Mars has been in the midst of a global dust storm, depriving the red planet almost entirely of sunlight. That’s been particularly challenging for the heavenly body’s resident robot, the solar-powered Opportunity rover, and his commanding engineers back here on Earth. But this week, the skies have become much clearer, with the Sun’s light finally reaching the planet’s surface. Unfortunately, it seems the skies are still not bright enough for the rover to wake.

Mars’ atmosphere is still more opaque than normal, a characteristic measured in a unit called tau. Opportunity experienced a tau of 10.8 over its current location during some of the worst days of the storm. That measure is down to about 2.5, but it is still too dark for the rover to reliably get the sunlight it needs to charge up. The tau on Mars is usually around 0.5

With the sun-powered rover starved of sunlight, NASA engineers put Opportunity into power-saving mode in early June. A few weeks after that, it missed a call from home, and as of yet, the rover still hasn’t woken up.

For fun—and to ease their anxieties—engineers here on Earth revived an old tradition of sending a wakeup song to Opportunity at the start of every day, with songs like ‘Wake me up before you go-go” and “Dust in the wind.”

Sadly, the rover has not yet responded. Opportunity needs the atmosphere above it to get to a tau of below 2 before it will have a chance to charge its batteries again. Having lost so much power, the rover is currently in survival mode; engineers think that it has experienced such a low-power fault that its gone into hibernation, shutting off everything except the mission clock. This sleep state has gone on for so long that if Opportunity does wake, it likely won’t know what time it is or how long it’s been asleep and will also wonder why it hasn’t heard from Earth in a long time so it will probably try to figure out new ways to communicate with engineers here.

Those engineers at NASA will continue listening for the rover’s signal every day, and three times a week will send a signal to telling it to beep if it registers the command. If Opportunity wakes, engineers will try to diagnose how bad the damage is. From here on Earth, engineers will run tests similar to the way a human doctor would go about diagnosing a patient: They’ll take the rover’s temperature, which will tell them if its warm enough to be woken up, run tests on the rovers’ batteries, and ask it to send back pictures of itself to see and assess any damage. There’s a chance that the batteries might have a harder time holding onto a charge given the long time without power, which might make science operations more difficult moving forward.

Opportunity is the longest-surviving rover on Mars. It landed in January of 2004 with a mission that was on the books for just 90 Martian days. It thrived for over 5,000 days before the dust came.

We’ll just have to see if it can hold on for a few more. In the meantime, NASA is collecting digital postcards for the rover (and its team back on Earth), if you’d like to send along your own words of encouragement.