Six ways the 2020 census will change your life

From land use to health care access, the count is about more than voting districts. 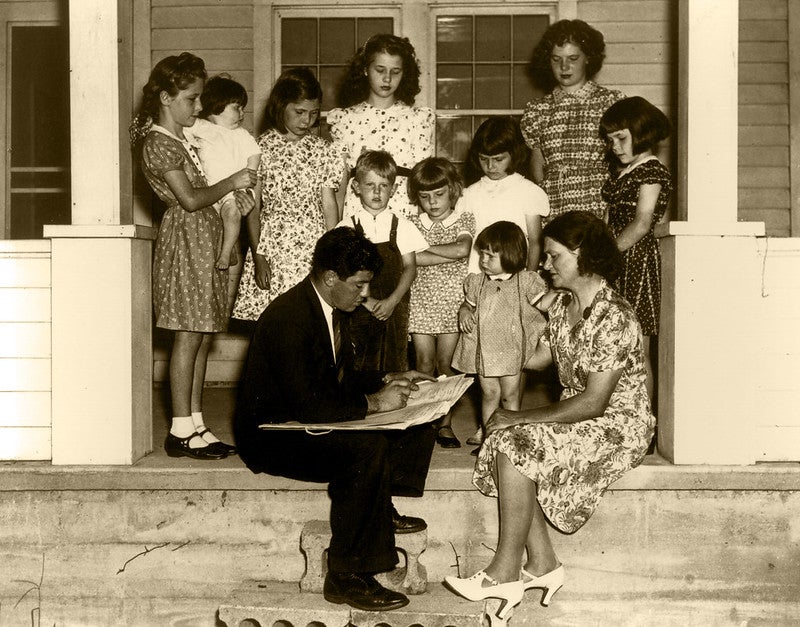 For the past 118 years, census takers have traveled on foot, horse, snowmobile, and more to capture basic demographic data from Americans. This is the first year that the survey can be filled out online. US Census Bureau
SHARE

A national census only comes around once every decade, but this year’s has truly been special.

When the 2020 US census launched back in March, it was the first survey of its kind that could be filled out online. Typically, the federal government mails paper ballots to each household to get a general understanding of how density, age, income, ethnicity, and language are changing in the 50 states, plus Washington, DC, Puerto Rico, and the Virgin Islands. It then follows up by dispatching census takers to every city, rural outpost, reservation, and backcountry camp to interview non-respondents. This is all done by July so that results can be compiled, fact checked, and delivered to Congress later that fall.

The move to online responses this year should have quickened the 230-year-old process—but the COVID-19 crisis pushed the count deadline to October 31. The US Census Bureau planned to have the final data ready by December 31 of this year, and said it would commit extra resources to make sure every resident was counted. But as of this month, only 63 percent of the population had been polled, with 56 million households still unreported.

Then came a surprising announcement. In early August NPR reported that the deadlines on the census website had been changed to September 30, prompting bureau chief Steve Dillingham to explain that the count was being sped up “without sacrificing completeness.” He also mentioned that the government had hired additional field agents to fill the gaps in responses (with proper social-distancing protocols). But after some back and forth with a federal judge in California, the Trump administration, and the Supreme Court of the United States, the deadline has officially been set for October 15.

That leaves just a few days for people to either wait for the knock at their door or submit their answers. For those who have access to a computer or cell phone, the process takes just five minutes. Simply plug in the 12-digit census code that was mailed to you by the bureau, or call in your responses. The survey asks a dozen questions for each member of the household and can be done in Spanish if needed. It also skips the citizenship query, as per a Supreme Court decision last summer.

Being counted in the census means being counted for the government’s biggest decisions. Health care policy, school budgets, park openings, and affordable housing all revolve around the numbers drawn from the national survey. The data is made publicly available, too, so that local legislators, academics, industry leaders, and social reformers can analyze and act on it as well.

Still dubious of the census and its significance? Let’s look at how it plays into scientific research—and how that research helps every single US resident in the long run.

The pandemic has revealed some serious shortcomings in the US health care system. But without the census, access to hospitals, therapists, reproductive clinics, drugs, and other medical essentials would be even more restricted. Doctors and insurance companies use the demographic information from the survey to build new facilities in areas of need. Epidemiologists, on the other hand, use it to predict hotspots of disease, like influenza and HIV.

“Where you live impacts how healthy you are,” says Jennifer St. Sauver, a professor of epidemiology at the Mayo Clinic in Rochester, Minnesota. She uses the US census and American Community Surveys to pinpoint health care deserts in the Midwest. That kind of local insight, she adds, can be pivotal when managing rural outbreaks. “Even having an accurate count of who lives where is hugely important,” St. Sauver says. “If we’re seeing 300 cases of COVID-19 in our region, we need to know how big that is. We need a number to divide by.” Over the next decade, she expects the gulf in medical resources widen, especially in places where people are living longer and battling chronic conditions.

Like health care deserts, food deserts can be traced back to a snarl of long-standing systemic issues that create a bottleneck of resources and opportunities in one part of the country. While its generally tough for low-income communities to get their hands on healthy meals, shortages in fresh veggies and fruits often have a disproportionate affect on students, who depend on nutritious, affordable lunches and breakfasts to get them through the school day. Children living in poverty or in homes where their caretakers speak little English are more likely to qualify for meal-assistance programs, including SNAP—if they’re counted by the national census.

In the days before a storm, fire, and possibly even a pandemic, government agencies like FEMA start diverting resources to communities they think will be hit the hardest. For them, the census serves as an essential tool in pinpointing vulnerable populations and drawing up solutions. Each situation calls for a unique relief package: A hurricane plowing through rural eastern North Carolina will leave a much different mark than one that hits New York City.

Ethnic minorities and people without homes are especially exposed to the impacts of disasters, says Susan Cutter, the director of the hazards and vulnerability research institute at the University of South Carolina. These groups are often under counted in the census, she adds, which makes it harder to prepare them for disasters and meet their needs after.

Just like the census shows which parts of the county people live in, it also shows which parts they don’t live in. The Wilderness Act of 1964 aims to keep places uninhabited and unused by humans in their natural state, and national demographic data helps track that. As of 2017, the Bureau of Land Management had 245 million acres earmarked for public domain. That includes more than 106 million acres of national parks, refuges, forests, and fisheries.

Census results can help steer plans for new green spaces, too, so they can serve people in nature-starved areas and give degraded environments a chance to rebound. They can also give land managers context when weighing construction, mining, and other projects in wild areas (one example is the recent battle over downsizing the Bears Ears National Monument in Utah).

Over the past few years, the US Census Bureau has mined its own data to learn which pockets of the country lack fast and reliable internet. In 2017 it reported that between cable subscriptions and cell phone plans, 78 percent of households had broadband access through—but that was just the national average. The results showed that some rural counties hovered at 65 percent for coverage. Stretches of Texas, New Mexico, and Mississippi even dipped below 55 percent.

Those numbers are bound to change in 2020 and beyond, given the repeal of net neutrality and recent shift to remote learning and telecommuting for many people around the country. Updated maps will show where wireless carriers need to expand their networks to better connect individual residents and communities.

Every decade, the wording on the census evolves to reflect how the understanding of ethnicity and race have changed in society. In 2010 the bureau removed “Negro” as a race category. This year, respondents have the option to write in their own answer under the “white” subcategory—an important addition for Latinx and Hispanic residents, says Amanda Scott, a technical communications researcher at Texas State University. For mixed-raced individuals like Scott, choosing white means losing the nuances of ancestry and origin. For the US government, it means getting results that skew toward white, even when Hispanic populations are growing rapidly in the Southwest.

The updated census question might seem like a matter of semantics, but inflating the white count has a concrete impact on how resources are distributed, especially in education, Scott says. Texas State, she points out, bills itself as a Hispanic-serving institution: It regularly assesses how it funds minority-heavy campuses, in part based on census data. What’s more, giving students “a clean way of identifying” on the questionnaire can provide a better picture of the country’s future. “Part of how change happens is that if there’s a trend in how people respond, it will probably be reflected in the 2030 census,” Scott explains. “So answer the race and ethnicity questions based on what you think is most true to yourself and how you’re seen in society. Answer authentically.”