Stare at this blue dot long enough, and it’ll disappear

It’s all thanks to your brain being energy efficient. 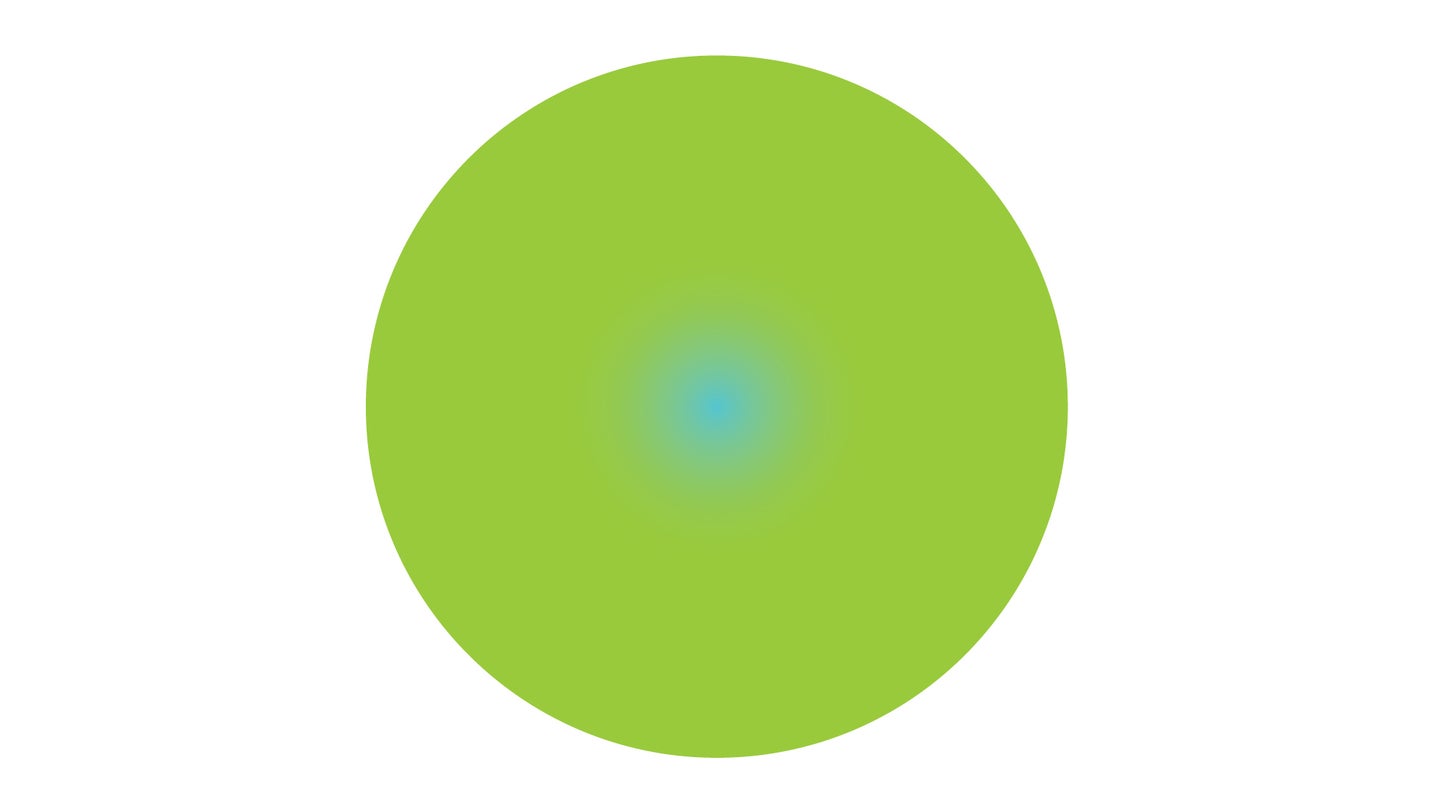 Tie your shoes a little too snug in the morning, and, by lunchtime, that uncomfortable feeling will be nearly gone. Sensations—smells, sights, feelings—that stay stagnant for too long tend to fade away. The same goes for this blue dot fixed in its green milieu. Stare it down for 15 seconds and it vanishes. Blink and it comes back.

The dot’s Achilles’ heel is its consistency. Our brain conserves energy whenever possible, says Frans W. Cornelissen, a neuroscientist at the University of Groningen in the Netherlands. If nothing changes, we stop registering.

To generate images, neurons constantly relay signals from our retinas to the brain. The longer we stare, the more the cells tire of sending along the same messages. Eventually those signals decay in strength. Instead of working hard to analyze the intricacies of the image, after a while, the brain ignores details in favor of the big picture. It says: “Eh, that’s mostly green.” Cornelissen also notes the blue dot’s spotty boundary encourages the brain to annul it.

But don’t get down on your gray matter for slacking; it’s still mostly correct. According to Cornelissen: To survive, we don’t need to sweat the small stuff.