Why some people are bad at dancing

A music neuroscientist explains the concept of ‘beat deafness.’ 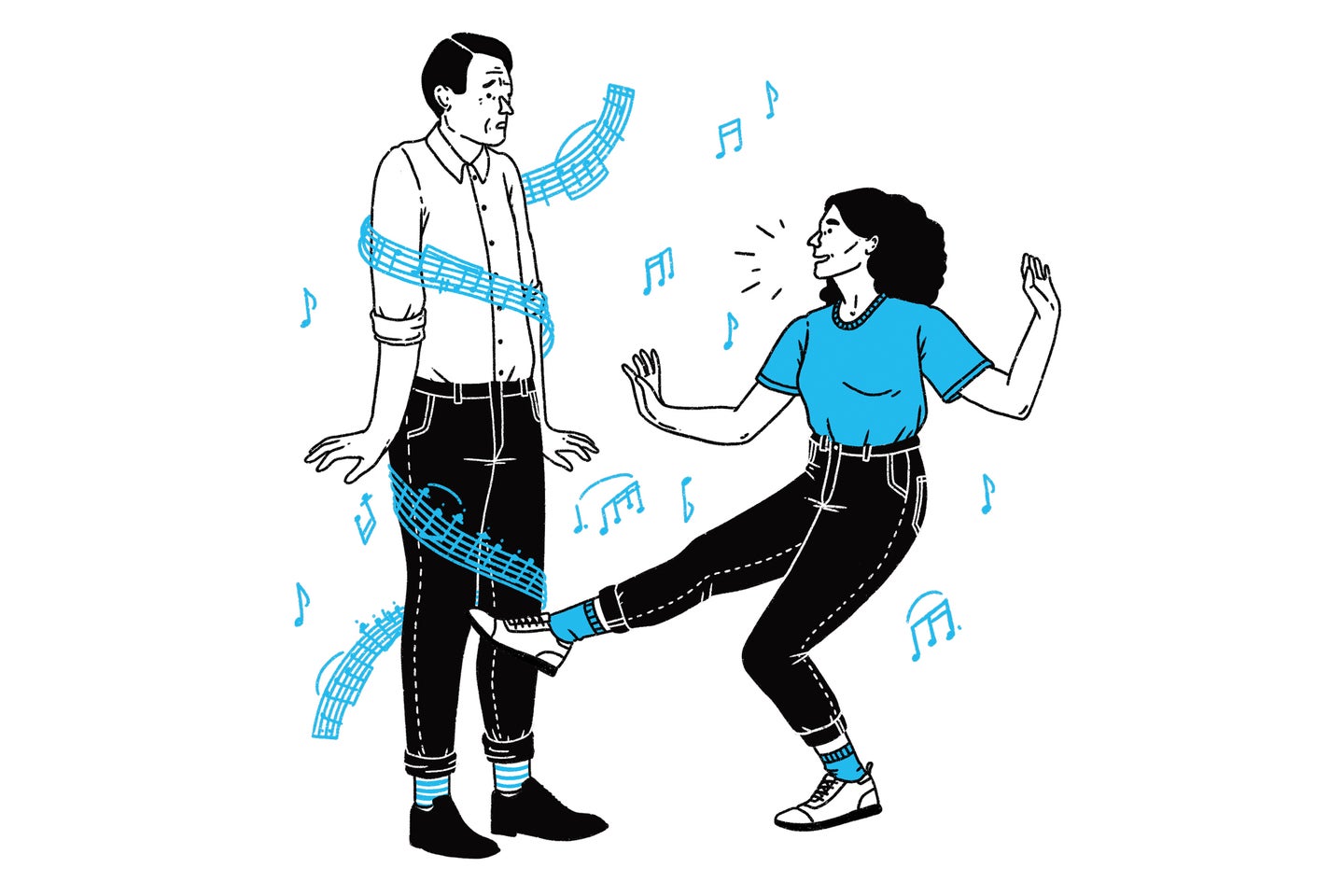 Some people simply can’t synchronize their body to a tune. Julia Bernhard
SHARE

Jessica Phillips-Silver is an Associate Researcher in Music Neuroscience at Georgetown University Medical Center. Here’s her tale from the field as told to Rachel Nuwer. Popular Science’s Play issue is now available to everyone. Read it now, no app or credit card required.

Moving to rhythmic music is a universal human behavior. Even babies can bounce along to a song’s beat. But some people simply can’t synchronize their body to a tune. My colleagues and I coined the term “beat deafness” to describe this condition. I wanted to study it to better understand how we all maintain cadence.

I’m an avid salsa dancer myself, and sometimes I’d encounter people who had all the moves but couldn’t hit them at the right times. But I didn’t feel like I could approach them at the bar afterward and say, “I’m studying this disorder, and I think you could be a candidate!” So I advertised on the radio and in the newspaper for folks who thought they had two left feet.

We recruited around 30 people and asked them to bounce in place to songs with strong beats while holding Nintendo Wii remotes, which have accelerometers that track movement. I was surprised at how anxious they were about matching tempo. I found myself in a therapeutic role, saying, “You’re gonna be fine, just keep moving.”

Every dancer gradually found their rhythm—except one guy named Mathieu, who we think had beat deafness. His dancing was nonsensical, but he had a great sense of humor about it!

That kind of randomness made me suspect that keeping tempo, like matching tone, might have a genetic component. It’s not surprising that dancing could be in our DNA. Moving to music has helped societies bond and unite, so it’s no wonder a classic tune always gets people out on the floor.