Now That We’ve Explored All The Planets, What’s The Next Frontier?

Pluto is just the beginning 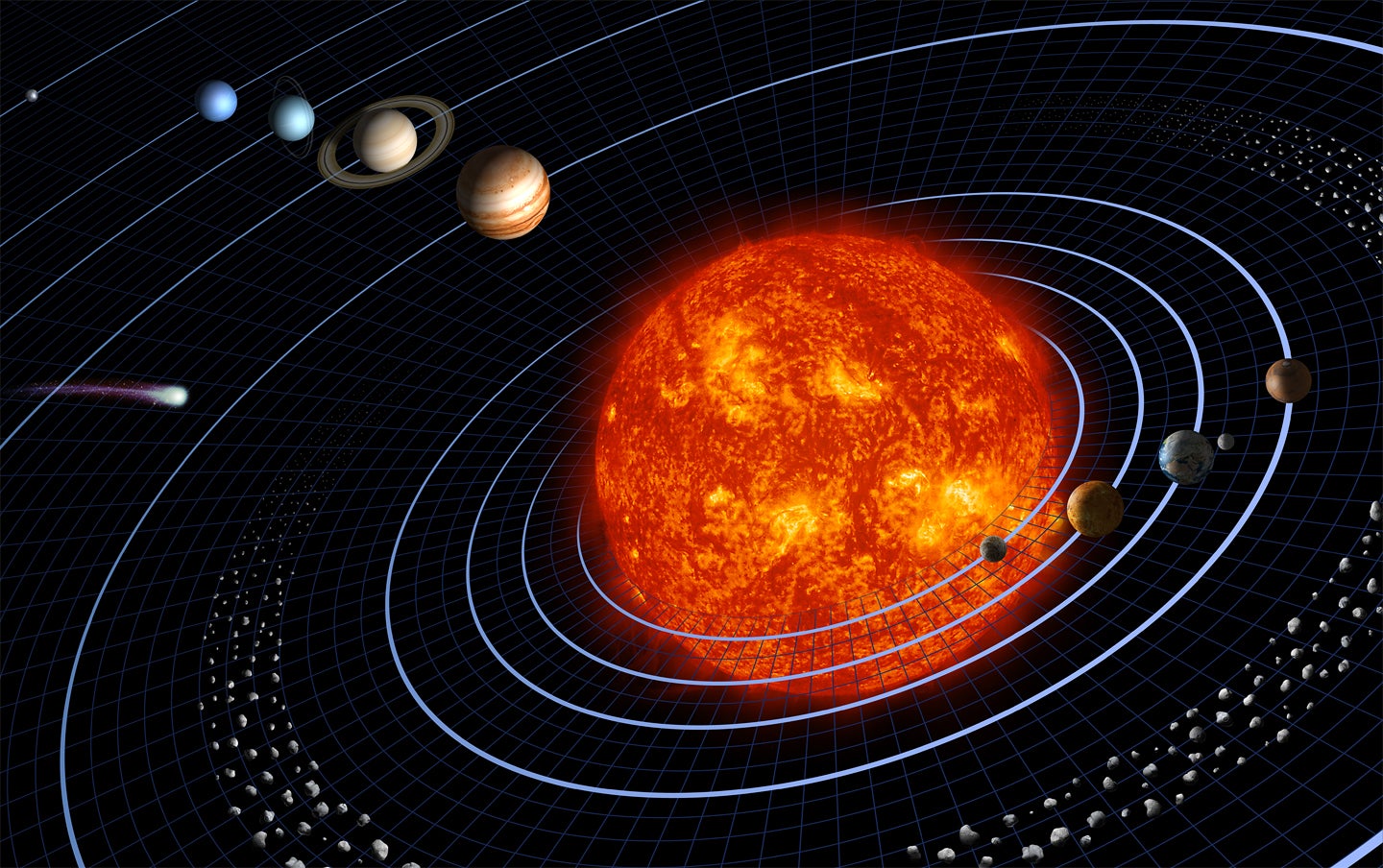 When I was growing up, there were nine planets in the solar system: Mercury, Venus, Earth, Mars, Jupiter, Saturn, Uranus, Neptune, and Pluto. By 1989, all of those planets had been explored … except Pluto. Though it’s no longer classified as a planet by some folks, Pluto is one of the largest worlds in the outer solar system, and it remained a mystery until this week.

But the New Horizons flyby of Pluto marks the end of planetary exploration.

“There’s not another mission like this in our time,” said New Horizons principle investigator Alan Stern in the days before the flyby. “We’re the only 21st century team that’s planning to explore a frontier planet, and no one’s planning to do it again.”

In the past 50 years, American spacecraft have visited every major component of our solar system. Will the kids of tomorrow know what it’s like to see a planet unveiled for the first time? During the Pluto flyby, John Grunsfeld, from NASA’s science mission directorate, suggested that, 500 years from now, this time period will be considered the golden age of space exploration, similar to the European age of exploration. “There’s very little terra incognita left in our solar system today,” he said.

Earthly exploration didn’t stop when the Europeans shouted “Land ho!”, and neither will our exploration of the solar system. It’s just about to kick into a new gear. 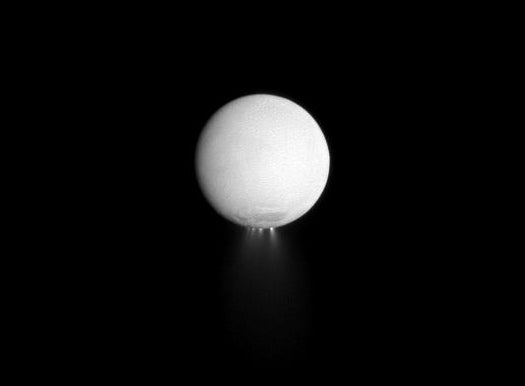 Enceladus And Its Plumes Of Water

With its main mission ended, the New Horizons spacecraft may win additional funding to explore a new object in the Kuiper Belt—the ring of rocky debris that’s home to Pluto and many other frigid dwarf planets.

Other worlds of interest include: Jupiter’s moon Europa, home to a huge subsurface ocean; Enceladus, which has geysers spewing out water, methane, and nitrogen; and Eris, a dwarf planet that’s larger than Pluto.

“There is this sort of underground sentiment that we do need to get back to the outer solar system, but it’s hard,” said Heidi Hammel, executive vice president of the nonprofit Association of Universities for Research in Astronomy. “We’re just working now on identifying the technologies that will enable those missions to be not so long, not so expensive. New Horizons has set the standard for that. So we hope that with New Horizons under our belt, we can try to crack open the outer solar system so that we can get back there again.”

“With New Horizons under our belt, we can try to crack open the outer solar system.”

For example, for a mission to Europa, the traditional way of using other planets’ gravity to speed up a spacecraft would get it there in about eight years. By comparison, Green said the SLS would be able to send it straight there in two years. “That just blows open the outer solar system. So you can actually accomplish several of those in a decade.”

Filling In The Details

Jupiter’s moon Europa is one of the most promising spots to look for life beyond Earth. It’s got water, an energy source, and the building blocks of life. We know these things in part because we’ve already seen it, during Galileo’s 11 flybys.

“It’s been visited once, which is sort of like when a ship goes off, comes back and says ‘Wow, we saw new land but we don’t know anything about it,'” John Grunsfeld told Popular Science. “Now were going to send a dedicated mission out to actually map it and tell us whether there are organics.”

It’s time to send some robotic Lewises and Clarks to dig deeper into the worlds we’ve only just glimpsed. 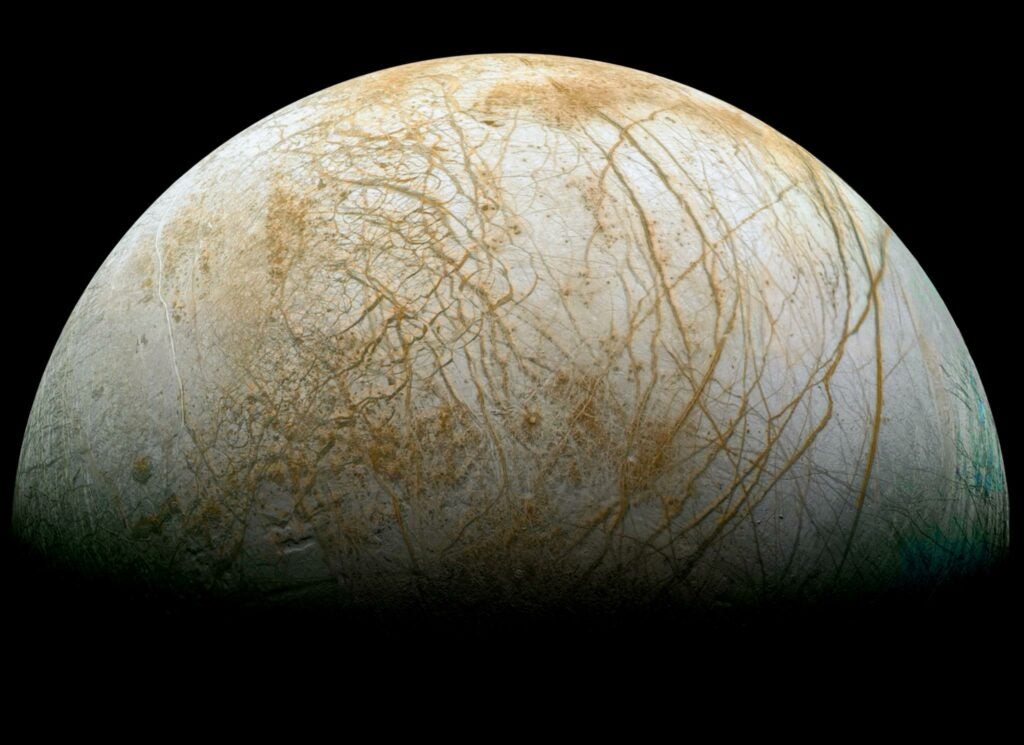 NASA plans to explore Europa in the 2020s, to determine whether the conditions are right for simple life forms to take root there.

Just like the exploration of America didn’t stop at the coast, it’s time to send some robotic Lewises and Clarks to dig deeper into the worlds we’ve only just glimpsed.

“We’re still filling out the details of the inner solar system,” says Grunsfeld. “We’ve only had one look at Venus, for instance. There’s a lot of scientists who want to go back to Venus, because there’s some indication that it might still be active. Even the Mars map is still being filled out.”

The Milky Way is teeming with planets that revolve around other suns, making our own 8 or 9 planets seem paltry by comparison. Grunsfeld says the real frontier will be beyond our solar system, and the key to exploring that frontier will be a next-generation space telescope. A telescope like the High-Definition Space Telescope or larger will help us track down those exoplanets and find out what they’re like.

“It will have the ability in principle to start mapping planets around other stars,” says Grunsfeld. “Not detailed maps, but it will tell us about light and dark regions, oceans and continents, polar caps and clouds, if they’re bright enough and close enough.

“One of the reasons I’m so interested in finding and characterizing exoplanets is to find one that we want to go to.”

European exploration didn’t stop at just making maps, and the hope is that our solar system exploration won’t end there either. (Hopefully we won’t subjugate any sentient lifeforms in the process.)

“We are going to leave Earth,” says Grunsfeld. “We’re working really hard to get planetary scientists to the surface of Mars, and on.”

NASA’s first manned missions to Mars are scheduled for the 2030s, and SpaceX CEO Elon Musk has stated often that he plans to retire on Mars. We’re still a long way from making that happen, but spreading humanity to other worlds may be the key to our survival as a species.

“We explore to survive,” said Jim Green during the Pluto flyby. “I truly believe that we have to continue exploring our solar system. We have to know what’s out there. It’s important for our species to think about its destiny, and is our destiny only on Earth? I think it’s out in the solar system.”