Gas might keep the dwarf planet’s subsurface ocean from freezing. 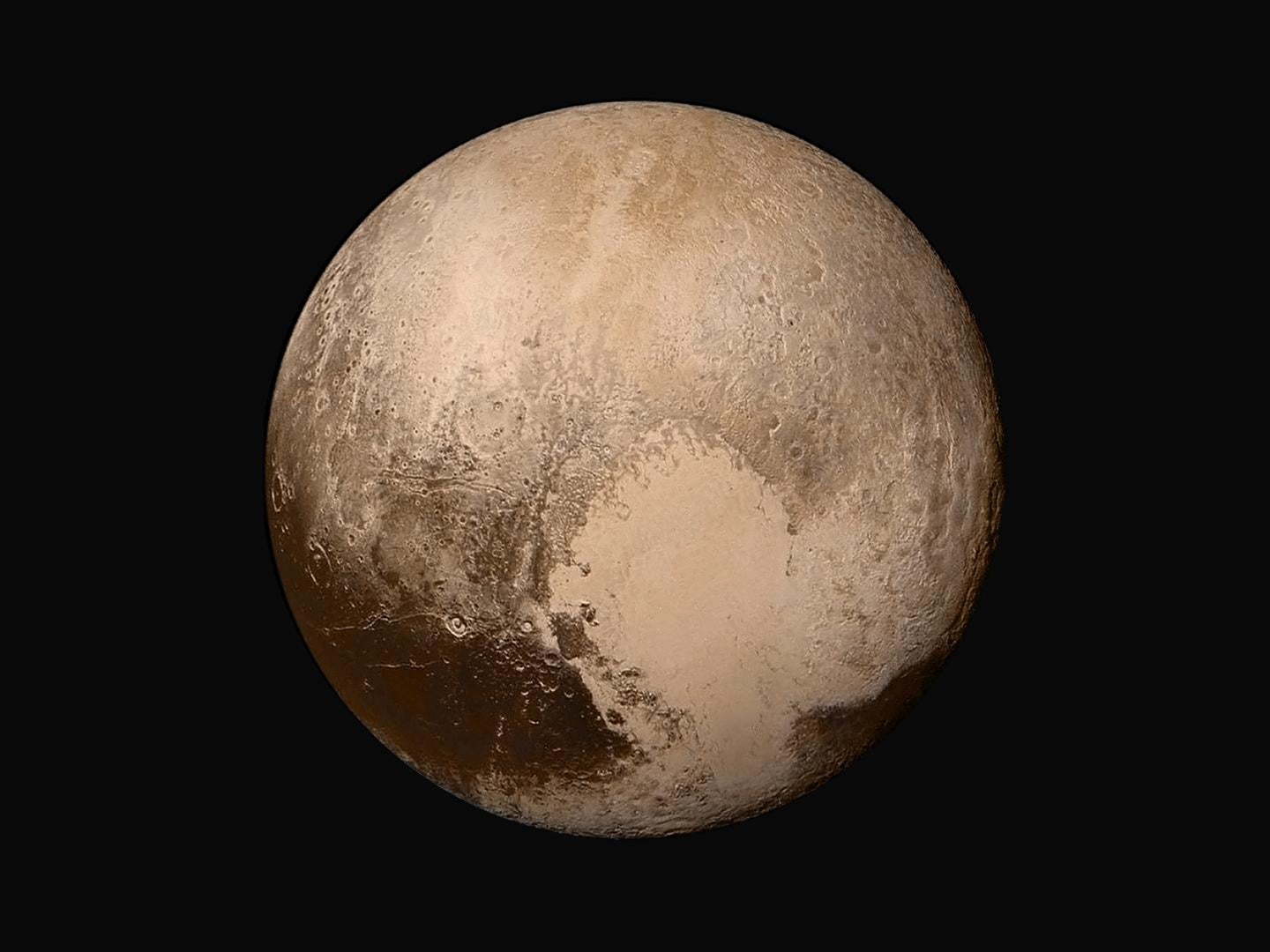 Scientists have collected more and more evidence in recent years that a liquid ocean of water probably exists under the icy surface of Pluto—a wild prospect for a dwarf planet that orbits the sun nearly 40 times farther away than Earth does, with temperatures dropping below -380 degrees Fahrenheit. Those circumstances raise a fierce question: how could a subsurface ocean on Pluto, should it really exist, possibly stay unfrozen?

Just like a thermos is designed to insulate warm coffee from the cold elements of the outside world, so too does Pluto retain its own insulation tricks to keep its global ocean nice and toasty (relatively speaking). In a study published in Nature Geoscience on Monday, a team of planetary scientists demonstrate that a layer of gas likely exists just beneath the icy shell of the dwarf planet’s surface, capable of conferring a warming insulation to the ocean and keeping temperatures high enough so things stay liquid. The findings help reconcile a number of contradictory mysteries, giving scientists possibly their best explanation yet for what’s brewing beneath the surface of one of the solar system’s most exotic celestial bodies.

We don’t have direct observations of the supposed subsurface ocean, but there are two main lines of evidence that support its existence. First, theoretical calculations show the radioactive decay of rocks inside Pluto would produce enough heat to sustain an underground ocean. Second, there are geological features consistent with subsurface oceans, like fractures created from ocean refreezes.

One of Pluto’s most evocative regions is called Sputnik Planitia, a big basin near the equator and the home to the western lobe of Pluto’s famous pale “heart” surface formation. Basins don’t form near equators unless they are areas of high density. Since Sputnik Planitia is a hole, the mass must be located underground; and since ice is less dense than water, it would make sense for a deep pool of liquid to reside underneath a thin sheet of ice. So if there’s an underground reservoir of water somewhere on Pluto, Sputnik Planitia is where you want to look.

That’s precisely what Shunichi Kamata was thinking—if scientists could first solve a contradiction. A researcher based at Hokkaido University of Japan and the lead author of the new study, Kamata says that an ocean would be a sign that Pluto’s interior is warm, but if the interior is warm, the planet’s icy shell would be soft enough to deform easily, creating enough ice flow where the shell could morph into a uniform global shape. Sputnik Planitia’s existence defied this expectation, and Kamata and his team wanted to know why.

Francis Nimmo, a planetary scientist at the University of California Santa Cruz and a coauthor of the study, says he and others previously believed the ocean’s existence had to do with ammonia concentrations that were conferring antifreeze properties to the ocean and preventing ice flow. “That made everyone a bit uncomfortable,” says Nimmo. “It’s not very likely that that much ammonia is available. So this new study was an attempt to explain the lack of ice flow, without having to put a lot of antifreeze into the ocean.”

Kamata set to work trying to figure out a model that could reconcile all the different processes, and eventually, he realized his calculations needed to consider the presence of gas.

While “insulation” is an easy way to understand what’s going on, it’s not as though the gas is working in the same mechanism as, say, insulation stuffed inside drywall. As ice forms, its molecular structure solidifies and expands into a crystalline formation. Sometimes gas molecules become trapped inside “cages” of ice called clathrates. When clathrates form, they increase the thermal insulation properties of ice 10 times over. They’re able to keep the ocean warm and the icy shell cool, preventing ice flow.

“Clathrates look pretty much like regular ice, but if you light them, they burn quite nicely,” says Nimmo. The gassy molecules in these clathrates are thought to be methane, surrounded mostly by water. The clathrates probably form as they capture methane molecules bubbling up from below as the ice shell slowly thickens. “Where the gas molecules come from is a good question,” he says.”They might either be left over from when Pluto originally formed, or they might have been formed by reactions in Pluto’s silicate core as it warmed up.”

Kamata, Nimmo, and their colleagues validated the models through computer simulations that considered the evolution of temperature inside Pluto, as well as the evolution of the shape of the icy surface shell. In the absence of the clathrates, the ocean would have frozen up a billion years ago, and the ice shell would have flattened out soon after. “It might have turned into a huge comet-like body,” says Kamata. Instead, this mechanism spells good news for the subsurface ocean’s future, allowing it to stay liquid for probably billions of years into the future, and keeping the ice above tough as nails.

It’s a great explanation, but these models are just that—models, not proof. “There are more definitive tests which are often used to detect subsurface oceans, but right now we can’t do any of them, either because we don’t have the data or because Pluto doesn’t cooperate,” says Nimmo. “For instance, you can detect an ocean by looking for its magnetic induction signature—but Pluto doesn’t have a magnetic field. Or you could look for an ocean by comparing the gravity and topography measured—but it would take an orbital spacecraft to do that.”

And even if there is an ocean, the potential gas buffer itself is even trickier to study. Since Sputnik Planitia is an area of excess mass, we could measure changes in the gravity field around it using an orbital instrument. And in principle, we might be able to image the gas through the ice shell if we had an extremely powerful radar system (something the future Europa Clipper mission will possess when it studies the Jovian moon). And we might even get a hint of the trapped clathrates in measuring the gas molecules zipping around Pluto’s atmosphere. But overall, proving there is a coating of clathrates sitting right underneath a 100-mile ice sheet located billions of miles away is far from straightforward.

But at least now scientists have a bit more direction in what they might want to focus on. Pluto’s hiding something in its insides, and a new era of deep space science is bound to find out what it is sooner or later.