Pig sex and celery have a surprising connection

And it comes down to the smell of ‘boar taint.’ 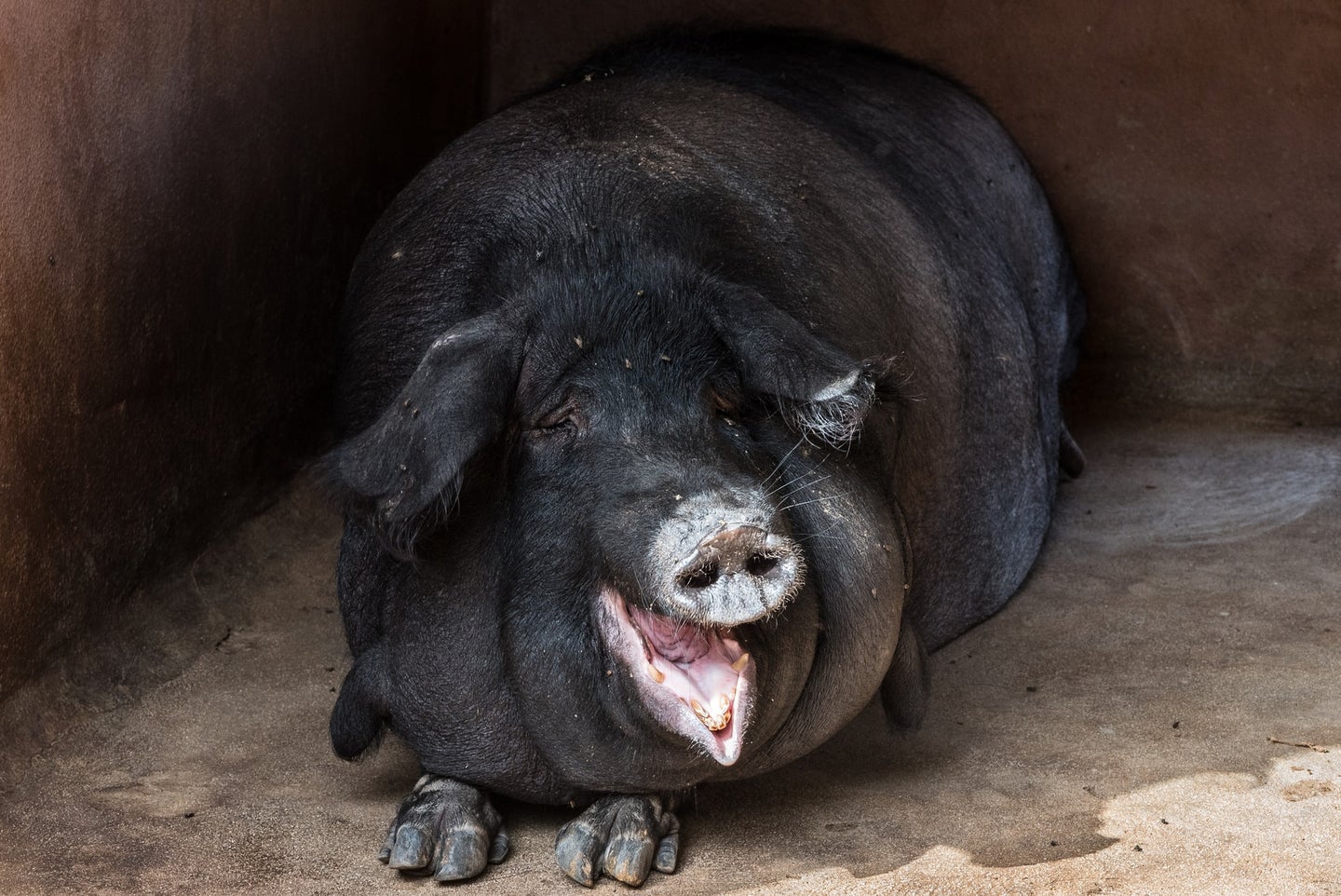 FACT: Boar sex has a strange connection to your crunchy salad ingredients

To most people, hormones are just those chemicals that make puberty a nightmare. If you menstruate, you might also curse them for a few days a month. But hormones are much more than sexy strings of peptides, and they’re not exclusive to humans—or even just to animals. Plants, too, have hormones. In this week’s episode, I explain one particularly surprising example: celery happens to contain an unusually high amount of a particular human sex hormone that doubles as a pheromone in pigs. Some folks may even recognize the smell of celery as resembling the odor of “boar taint,” which has nothing to do with a pig’s backside, but is still kind of nasty. I won’t spoil here what role that hormone plays in celery, but suffice to say it’s nothing sexy. And because humans don’t react to pheromones the same way some other animals do, no amount of celery is going to get your partner in the mood (unless they just, like, really dig ants-on-a-log).

But that’s not to say that plants don’t use hormones—they actually have a ton of them. Most of these proteins would be totally unfamiliar to you, and most of them also have nothing to do with reproduction. Some control cell division or root production or bud formation. Others inhibit growth. You’re probably most familiar with salicylic acid, a hormone present in white willow bark that acts as part of the tree’s defense against pathogens. It also happens to work great as both a topical acne medication and as a painkiller. It’s so effective in that latter role that the pharma giant Bayer began processing and selling it in 1899 under a now very familiar name: aspirin.

Aspirin really has nothing to do with the pig pheromone I talk about on this week’s episode, but they’re both excellent examples of how a single molecule can play vastly divergent roles in different scenarios. Tune in to The Weirdest Thing I Learned This Week for more info on celery and pig sex.

FACT: Your Alaskan cruise is possible because Canada blew up an underwater mountain

By Kat Eschner, a freelance science journalist and editor based in Toronto, Canada

A few years back, I wrote an article for Smithsonian Magazine about a strange little story from Canadian history: The time the government used some 1,400 tons of explosives to obliterate an underwater mountain. The 1958 destruction of Ripple Rock represents one of the largest peacetime explosions ever, and was one of the first events televised live across the country by the Canadian Broadcasting Corporation.

The goal was to create safer passage for ships, which had a bad habit of getting torn up on Ripple Rock. It sits in a shipping channel known as the Seymour Narrows, which has infamously perilous tidal currents. Because Ripple Rock’s peak sat just 10 feet below the surface at low tide, it turned an already dangerous stretch of water into a maritime obstacle course.

There was a lot of back and forth on how best to shave some height off of Ripple Rock, and not a lot of certainty about how the process might turn out. Some expected the explosion to trigger a massive earthquake. Luckily, it all went surprisingly well—except for local fish.

FACT: Before we had vaccination, we had smallpox pus—and white Americans learned about it from their slaves

The history of variolation—a precursor to modern vaccination—is fascinating on multiple fronts. Its earliest origins, which probably date back to 16th-century China or possibly slightly later in India, involve the use of contagious fluids from smallpox victims to protect from future infection. In modern vaccines, we use dead or modified strains of a virus to introduce our immune systems to dangerous pathogens without actually facing risk of infection. That allows them to create antibodies that can fight off a live virus of the same ilk at a later date. Variolation was less sophisticated, but followed the same basic principle: You would smear a cut with a little smallpox pus or inhale some dried scabs that had been stored or treated with steam to render viral cells less potent, and in doing so stood a decent chance of developing a mild case of the disease. This method left a lot to be desired (not surprising, given that no one even knew what a virus was at the time), and some patients would get sick and die. But when the alternative was a disease as infectious and devastating as smallpox, a chance at protection was often better than none.

Catherine The Great of Russia is often cited as an early vaccine adopter, but by the time she received her controversial dose in 1769 the procedure was quite common in other parts of the world. In fact, variolation saw a crucial turning point in American nearly half a century earlier—and was already widely used in India, Africa, and Turkey by that time.

That’s where the oft-misconstrued story of Onesimus comes in. Kidnapped from North Africa and sold into slavery in Boston, Onesimus is generally just treated as a footnote in the story of the man who owned him. But as Harvard Medical School student Lashyra Nolen recently wrote for Undark, Onesimus deserves nothing less than a starring role in the history of western inoculation. The surprisingly controversial rollout of the lifesaving technique—and the unethical methods used to prove its efficacy—is an important reminder of just how much the history of science and medicine has been whitewashed (in more ways than one).

To learn more about Onesimus, check out Lashyra Nolen’s article. And for more on smallpox pus, be sure to listen to this week’s episode!