Jupiter’s Great Red Spot is doing just fine, thanks for your concern

But scientists will keep monitoring its vital signs, just in case. 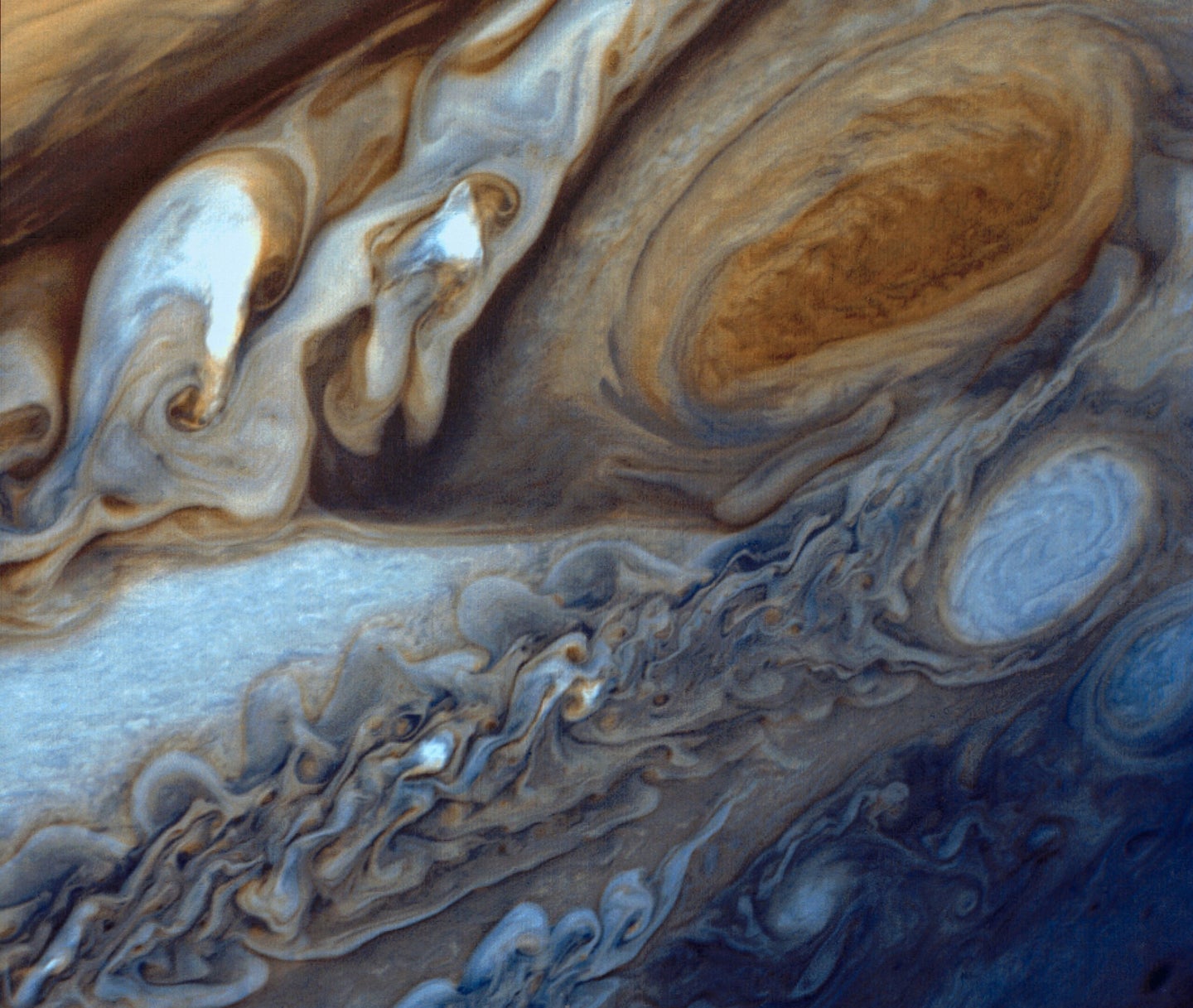 The Great Red Spot isn’t as great as it once was. NASA/JPL
SHARE

The solar system’s largest storm has raged on planet Jupiter for at least 200 years, in what many of us know as The Great Red Spot. That tempest, which once could have swallowed roughly three Earths, has looked a little thin these days, moving some to declare its total demise could occur within a couple decades. But some recent slimming doesn’t necessarily mean it’s on death’s doorstep.

At least that’s the conclusion of Philip Marcus, an engineer specializing in fluid dynamics at Berkeley, who defended the Great Red Spot’s vitality at the American Physical Society’s Division of Fluid Dynamics annual meeting on Monday. Observations of red bits flaking off from the main storm combined with decades of data showing the colossal oval shrinking and rounding have led some to fret that the superstorm is waning. But Marcus’s simulations suggest there’s no cause for concern, and that the underlying vortex remains healthy. “I don’t think its fortunes were ever bad,” Marcus said in a press release. “It’s more like Mark Twain’s comment: The reports about its death have been greatly exaggerated.”

But plumbing the depths of the Jovian atmosphere, which extends down thousands of miles, is tough when you can’t see past its surface. The Great Red Spot’s cloud tops are definitely changing, according to Amy Simon, who researches planetary atmospheres at the NASA Goddard Space Flight Center, but it’s hard to know what those changes mean. “We don’t know how deep it really goes,” she says. “It could be that very, very deep down nothing is changing and everything we’re seeing is higher up. We can’t tell how tightly that ties together.”

Both researchers agree on one recent symptom being benign: observed flaking does not indicate that the storm is disintegrating. Amateur astronomers noticed in early 2019 that red patches appeared to be “flaking” or “peeling” off the main mass, prompting speculation that the spot wasn’t long for that world.

But these events are pretty normal on Jupiter, Simon says. They take place when the storm’s winds pull in surrounding material and hold it long enough to turn them red (no one knows how the clouds get their ruddy hue, but some suspect it’s related to altitude and exposure to sunlight). Then when those mini storms run into incoming sections blowing the other direction, reddish material can fly out at any direction. “It’s like having two fire hoses aimed at each other,” Marcus said, according to the New York Times.

While the storm may not be spinning itself apart, there’s no denying that it appears less imposing than it used to. Simon marvels at the “eagle-eyed” astronomers of the 1800s who first measured the spot’s expanse by watching its rosy boundaries pass across etchings on their eyepieces. These days, the red silhouette occupies roughly a third the footprint it once did.

And the shrinkage isn’t purely cosmetic. Hubble and other spacecraft have spotted changes in the internal wind field, where higher-level clouds start to get sucked into the deeper vortex. The spot’s strongest gales blow partway between the spot’s edge and center, and that part has been shrinking too. “We definitely have a measure of that,” Simon says. “The thing we don’t have a measure of is the deep-down structure.”

That’s where Marcus’s simulations come in. He’s trying to peek into the red abyss by extrapolating from surface observations. His models suggest that the deep maelstrom doesn’t care what the clouds on top are doing, and that the vortex could continue to rage for centuries to come. One theory, however, can only go so far. “Modeling is great because it can give you information about the parts you can’t see, but modeling can be bad because you can’t prove it,” Simon says.

As the spot gets smaller and rounder, for instance, it’s also pushing up higher above the cloud tops, she and her colleagues have found—a stretching that, when observed in analogous storms here on Earth, sometimes leads to upper level winds ripping the storm apart. “So that’s one thing we’re watching,” Simon says. “It’s all speculation.”

Dropping a very brave probe into the vortex might end the speculation and help link deeper models with surface observations. But with so many bizarre features to explore, Simon doesn’t expect a dedicated Great Red Spot mission any time soon. “Is it more important to learn about that one structure or to learn about the planet overall? I don’t know,” she says. Regardless, “I’d like to get another probe back there.”