We really don’t know when Betelgeuse is going to explode

But when it does, it’s going to look spectacular (once it finally reaches our eyes). 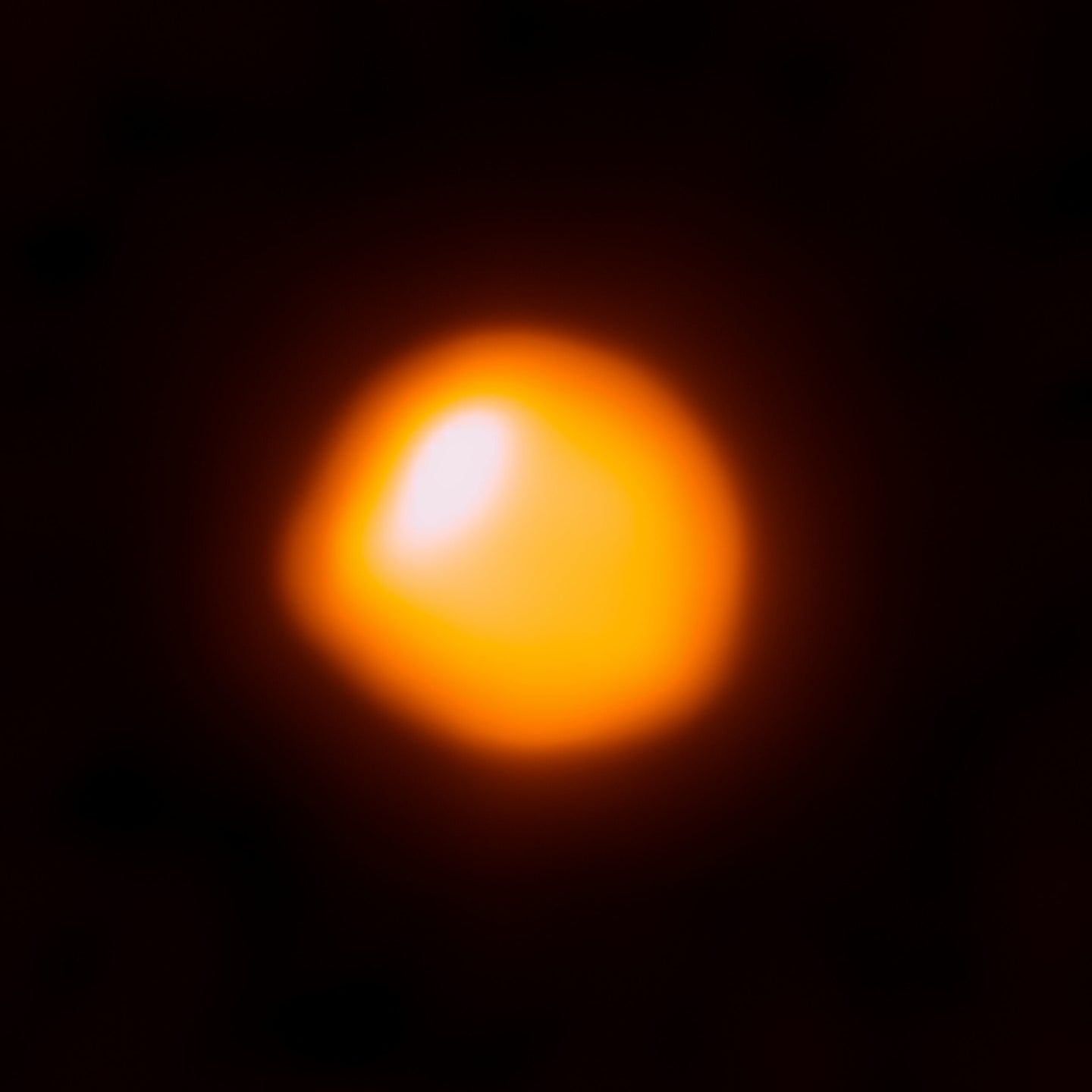 Some scientists spent the holiday season speculating that “very large star” Betelgeuse might be on the verge of exploding (and no, we’re not talking about the popularity of the beloved ’80′s movie or the hit Broadway show). Here’s everything you need to know.

Betelgeuse is kind of a big deal

Even if you don’t know the name (outside of the context of saying it three times to make Michael Keaton appear and make fart jokes), you already know Betelgeuse. (It’s really pronounced bet-el-geeze, but follow your heart.) It’s one of the brightest stars visible in the night sky, forming a sturdy shoulder of the constellation Orion. That Orion guy doesn’t skip deltoid day: Betelgeuse is a red giant so massive that if it sat in the center of our own solar system, it would easily consume Earth—along with Mercury, Venus, Mars, and possibly even Jupiter. Its size and brilliance in the night sky allows us to study it even though it’s quite far away (possibly around 600 light-years, by the highest estimates, though it may be closer to 400).

The star has always been a ticking time bomb

Because Betelgeuse is so vibrant and easy to spot, observers have been taking notes on it since the earliest days of astronomy. So we know quite a lot about it, including that it’s young (less than 10 million years old, compared to our own sun’s 4.6 billion-plus years). We also know that red giants as massive as Betelgeuse burn through their available fuel quickly, which keeps their lives short. So even though this brilliant beast is a baby, cosmologically speaking, it’s well on its way to going out in a blaze of glory.

Of course, in a universe where 10 million years is nothing but a blip, saying a star is bound to burn out any day now actually means it could linger much, much longer than a human lifetime. Tomorrow? A hundred thousand years from now? Ten or twenty times longer than that? It’s all relative when you’re working on cosmic time. But scientists have long pointed out that Betelgeuse’s big finale could start playing out at any moment.

What exactly is a supernova, anyway?

Stars several times more massive than our own sun can die by collapsing under their own weight. Once they run out of helium and hydrogen as fuel, they start to build up heavier elements in their cores, causing them to implode and grow increasingly hot and dense. Ultimately, the reaction forces the star to spits its outer layers out into space. When Betelgeuse finally explodes, some estimate it will be so bright as to appear like a second moon in the night sky.

Why some have suggested that Betelgeuse is about to explode

Betelgeuse has spent the last few weeks “fainting,” or getting dimmer. This isn’t inherently unusual or worrying: The star is known to pulse with varying brightness.

As UC Berkeley astrophysicist Sarafina Nance explains in the Twitter thread embedded above, Betelgeuse doesn’t strictly pulse in a “regular” way; sometimes it goes through weird cycles of dimming and brightening. It’s been particularly faint during recent weeks, which could mean Betelgeuse is going through some life-phase we’ve never observed before. Or it could also just be business as usual.

“Astronomers calculate that it’ll take about six million years for the shock wave and any cold, diffuse debris to reach the solar system,” Nadia Drake writes for National Geographic, “and even then, the sun’s protective bubble will shield us from the splattered star guts.” Bummer!

Whenever we finally see this ruddy star go supernova, we’ll know it actually started dying several hundred years before. Light travels fast, but they’re called “light-years” for a reason: That unit of distance refers to the span a photon can wander in 365 days. So, if you were to stand on Betelgeuse (not recommended) and peer back at Earth with a telescope, you’d see our planet as it was during the peak years of the Plague. It’s important to remember that when we talk about Betelgeuse “going supernova,” what we really mean is the light from Betelgeuse’s climactic explosion finally reaching our peepers.