A little gross, and totally amazing. 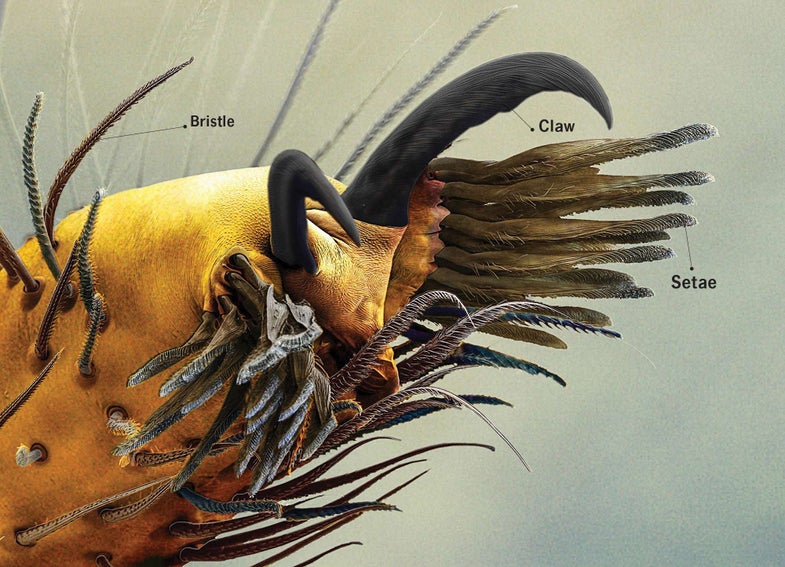 The ground-dwelling jumping spider is a fearsome beast. It can scale vertical surfaces with ease and spring 25 times its body length to nab prey. Its legs are the eight crucial tools responsible for the pounce, but until recently, the evolutionary origin of some of their structures was misunderstood. By comparing the legs of 330 species, German biologists determined that the sticky feather-like hairs at the end of the leg, called setae, evolved from hairy pads that originally helped the spiders wrangle food. Now, the hairs provide 32,000 contact points per leg, enabling the arachnids to walk up walls. Other appendages also help with the hunt: two claws for grasping and bristles that detect air currents, tastes, and smells. To jump, the spider directs its hemolymph to the legs. The sudden rush causes them to extend all at once, and the spider goes flying.