Thermal Wristband Keeps Your Body At The Perfect Temperature 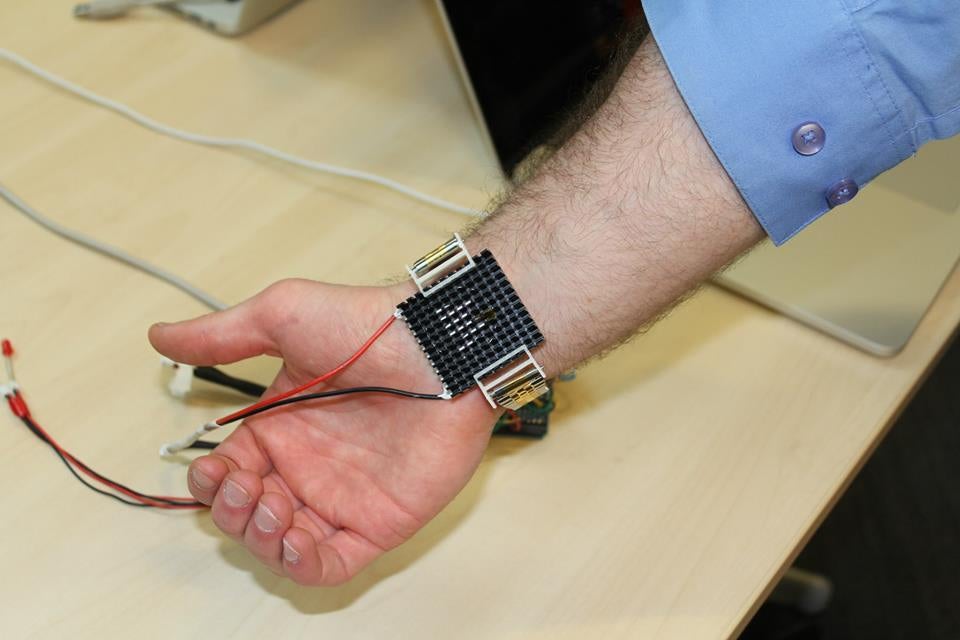 A group of MIT engineering students wants you to get nice and comfy. They’ve created a thermoelectric bracelet designed to keep its wearer at the optimal thermal level for personal comfort.

Called Wristify, the prototype monitors air and skin temperature and then shoots thermal pulses into the wrist to cool or warm the user according to their needs. Very small, quick changes in temperature on parts of the skin with high blood flow can make the whole body feel several degrees cooler or warmer, the creators say, and their watch-like thermal system can change the body’s temperature by up to 0.4 degrees Celsius per second.

The intent is to save energy by controlling the temperature of an individual person, rather than an entire building, a goal that anyone who’s ever turned on a personal space heater in a frigid office building in July can get behind. The team just won $10,000 from MIT’s MADMEC* contest, which the inventors will use to improve the prototype and the algorithms that automate the pulses.

_*This article originally referred to MIT’s contest as the Making And Designing Materials Engineering Competition. The official name of the competition is MADMEC. _