In Kenya, two new varieties of wheat are resistant to a fungus that defeated even Norman Borlaug's resistant plants. 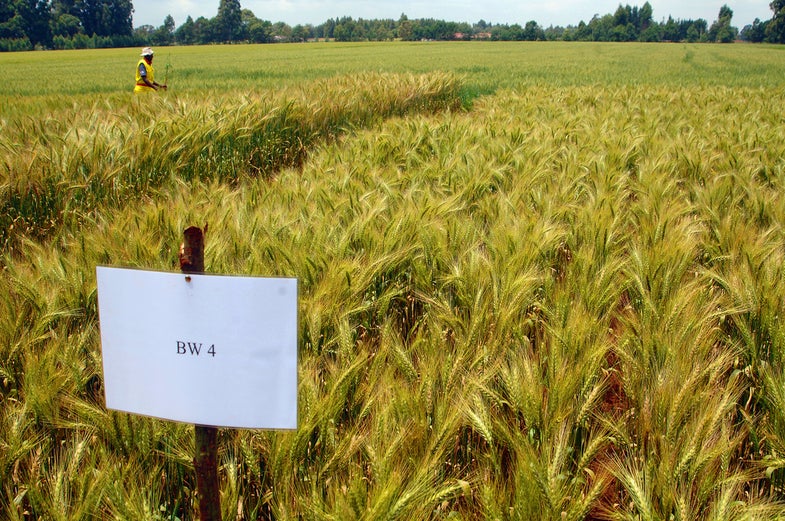 Kenyan farmers last week got a first look at two new varieties of wheat that are resistant to the number-one threat to worldwide wheat production. They got to see resistant and non-resistant wheat side by side in fields. The Kenyan government is also giving away the first batch of seeds—six metric tons of it—to seed producers, in hopes their fields will serve as visual persuasion to their neighbors to try the new stuff.

“Wheat stem rust has the ability to turn a healthy-looking crop only one week away from harvest into a tangle of black stems,” Liang Qu, the director of the Joint FAO/IAEA Programme, tells Popular Science. “They can see the difference.”

The story of how that wheat got made is a peek into the constant, worldwide fight against crop diseases. The new plants are designed to combat wheat stem rust, a fungus that used to take out a fifth of the U.S.’ wheat crop at once during epidemics through the 1950s. (The rust no longer appears in the U.S.) Norman Borlaug, the so-called “father of the Green Revolution” and the winner of the 1970 Nobel Peace Prize, once nearly eradicated wheat stem rust by developing resistant wheat varieties. But a generation later, Borlaug’s wheats don’t work anymore. The rust has evolved. And as well as the new Kenyan wheats work now, stem rust will evolve again. 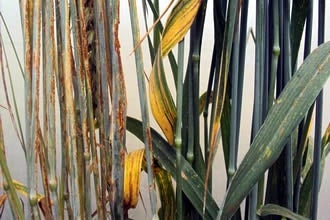 In 1999, scientists first confirmed there was a new type of wheat stem rust that infected Borlaug’s resistant wheats. They called the new rust Ug99, after its confirmation year and country, Uganda. Since then, the rust, which moves through the air, has spread to Africa and the Middle East. It affects 37 percent of all the wheat grown in the world, the International Atomic Energy Agency estimates. Left untreated, it kills 70 percent to 100 percent of a field. Experts worry it may reach the European bread basket, as well as China and India.

Liang’s program, a collaboration between the United Nations’ Food and Agriculture Organization and the International Atomic Energy Agency, supported the Kenyan researcher who developed the new wheats. The International Atomic Energy Agency may be best known for dealing with nuclear disasters such as the Fukushima reactor meltdown, but it also works on crop science techniques that use radiation.

To make rust-resistant wheats, Miriam Kinyua, a researcher at Eldoret University in Kenya, sent wheat seeds popular with Kenyan farmers to the FAO/IAEA joint laboratories. There, the seeds got blasted with a tiny bit of radiation, enough to damage their DNA. That created a pool of seeds with different random mutations, any of which might resist Ug99 just by happenstance. Kinyua then grew and tested the seeds for their Ug99 resistance, ultimately coming up with two types of wheats that worked. The entire process is like a sped-up version of evolution, which works on random mutations that naturally appear in populations. Crop scientists have used this technique, called mutation breeding, since the 1940s. 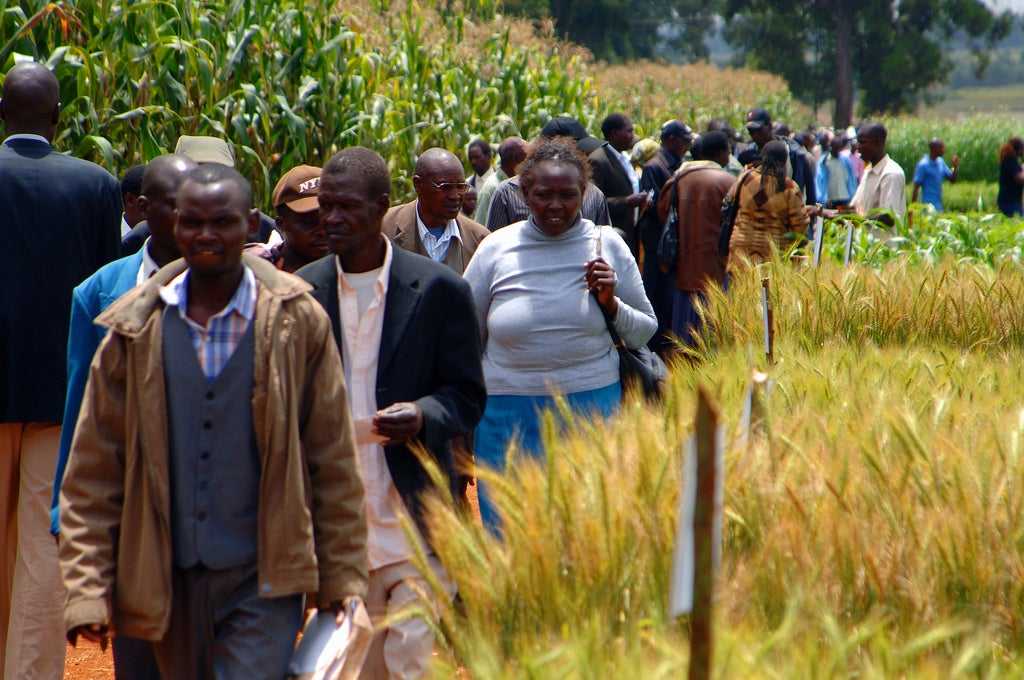 Mutation breeding is not considered genetic engineering, which puts genes from one species into another species. Genetic engineering can be a quick and targeted way to come up with new crops, but the FAO/IAEA Joint Programme doesn’t use it because the IAEA focuses on radiation technologies. “We’re not saying countries should not take advantage of GMO techniques also,” IAEA spokesman Greg Webb says. “Our job here is to help countries take advantage of nuclear techniques.”

For small-scale Kenyan farmers, planting new varieties of wheat is a better strategy than using fungicides, which are prohibitively expensive. With these seeds, farmers only have to purchase or trade for them once. After their first plantings, they may keep some of the grains to plant as next year’s crops.

The FAO and the IAEA are pretty excited about these new wheats. They’ve put out press releases. They’re working on spreading the word in Kenya. From Kenya, other countries may get the seeds through trade. But researchers aren’t resting yet—nor can they ever. That’s because they expect that wheat stem rust will eventually evolve resistance to these new wheats, at which point they’ll have to create a whole new wheat variety to combat that rust. The new wheats likely will work for three to five years, Liang estimates. “We have to keep an eye out,” he says.