A Spider Builds Fake Spiders To Psych Out Predators 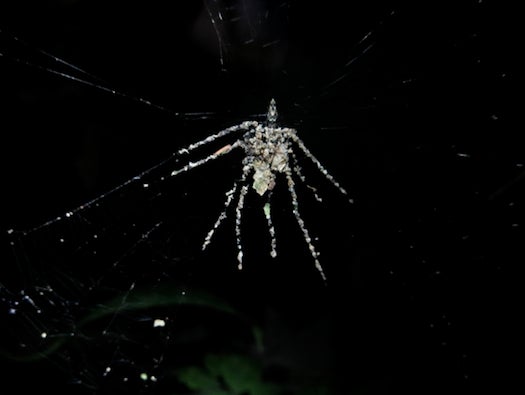 Don’t be fooled: this isn’t a real spider. It’s a fabrication! A lie! It’s a decoy spider built from twigs, leaves, debris, dead insects, and whatever stuff nightmares are made of.

Researchers discovered the insect in (where else?) the Peruvian Amazon, and even though its decoy looks like a medium-sized spider that’s about an inch across, the impressive fake was actually made by a tiny, tricky 5-millimeter spider. That spider behind the curtain is probably, the researchers say, a new species of Cyclosa, a genus known to pull similar stunts. But those creations are relatively un-spider-like–nothing at this level of detail. The smaller builder-insect even moves back and forth, giving the impression that the decoy insect is moving and, in the process, confusing predators into attacking the decoy instead.

Now the researchers, who found the spider near the Tambopata Research Center, will go through the process of making sure it’s really a new species: checking it against other species, dissecting it, publishing the find in a journal, etc. Its artwork probably won’t get the same treatment.

[Peru Nature via The Verge]