The Most Depressing Climate Change Visualizations From Today’s IPCC Report

See where Earth is heating up. 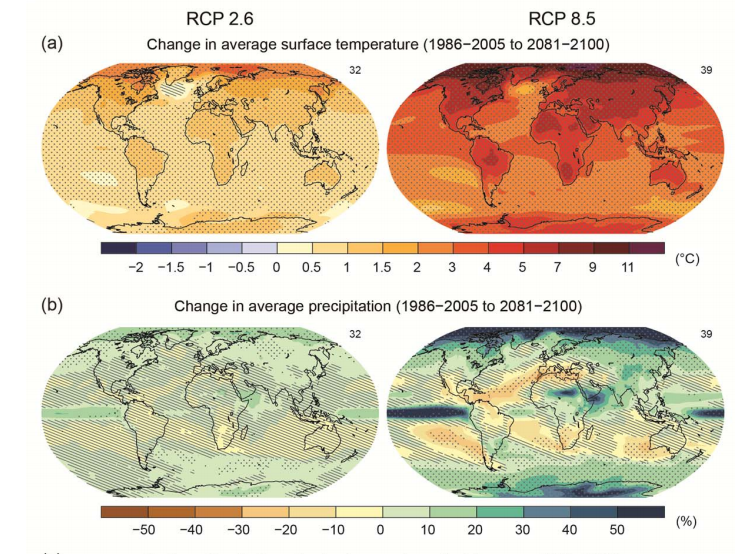 Remember that leaked draft of the latest Intergovernmental Panel on Climate Change report that gave us “stronger-than-ever evidence that global warming is driven by human activity“? Well, the real deal is out, and guess what: It’s still our fault.

Today the IPCC released the Summary For Policymakers that goes along with the final draft of their most recent assessment, Climate Change 2013: The Physical Science Basis. (Grist has a great/snarky summary of what the IPCC does and why this report matters here.) The data comes from more than 600 authors around the world, who assessed more than 9,000 peer-reviewed studies. It’s, as usual, pretty depressing. Here are some of the best graphs and visualizations the summary used to illustrate how our favorite planet has been changing.

First up: What we’ve already done: 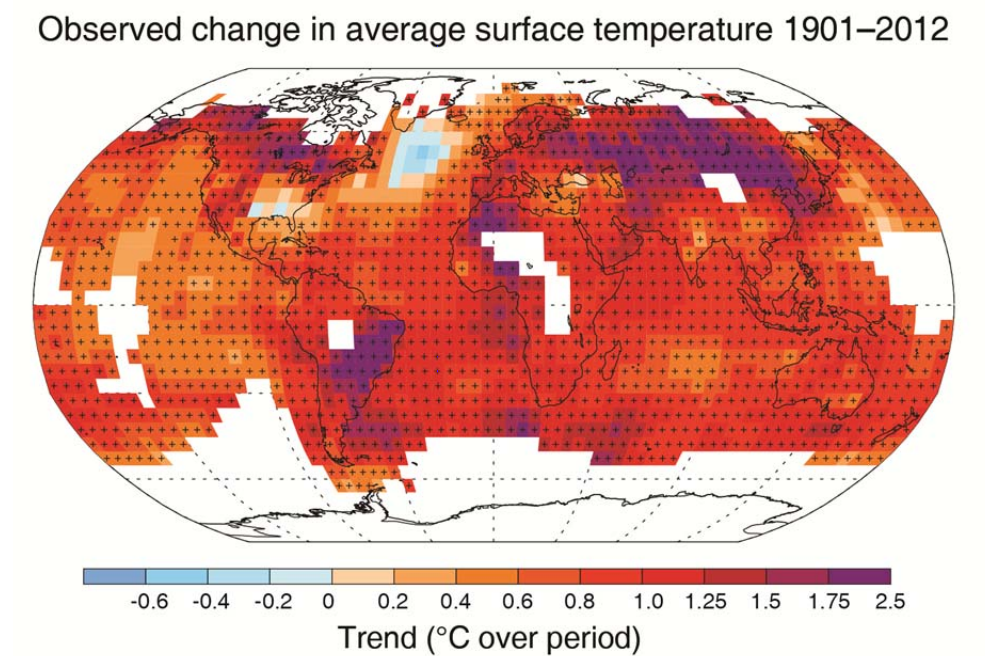 This next chart shows changes in temperature over time in different regions of the world. The black line is observed temperatures, the blue refers to data based on models that only used estimates of the natural changes, and the pink combines both natural and human-caused changes. 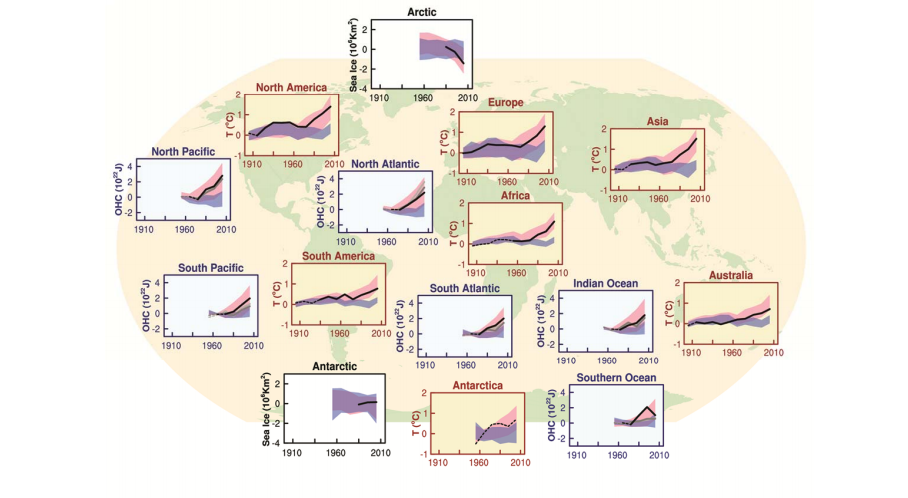 Now here’s what we’re likely to see in the future. The different colors in the first two graphs correspond to different projections, called Representative Concentration Pathways. 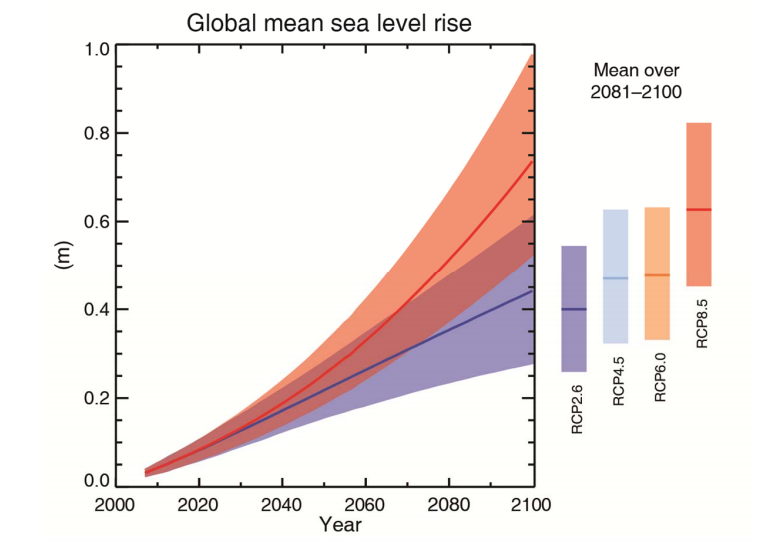 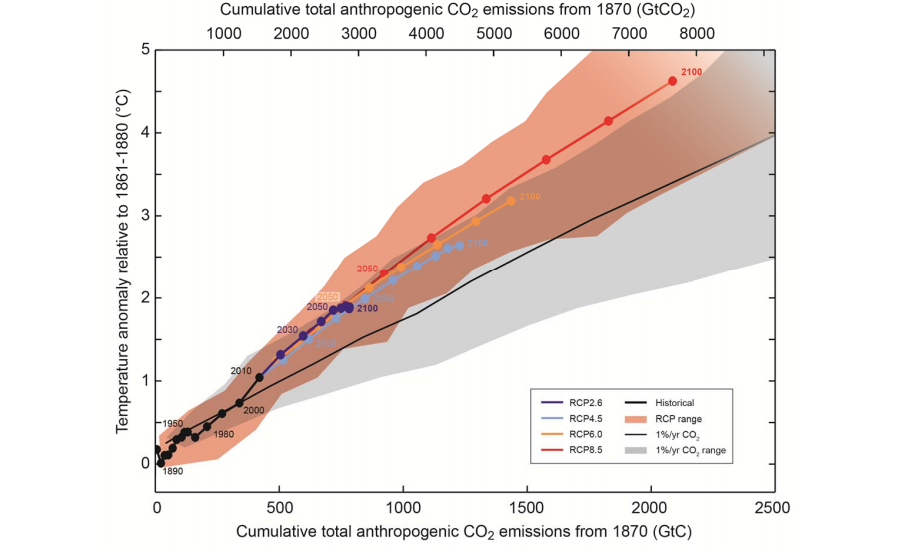 This shows both the historical and projected CO2 levels for the atmosphere. 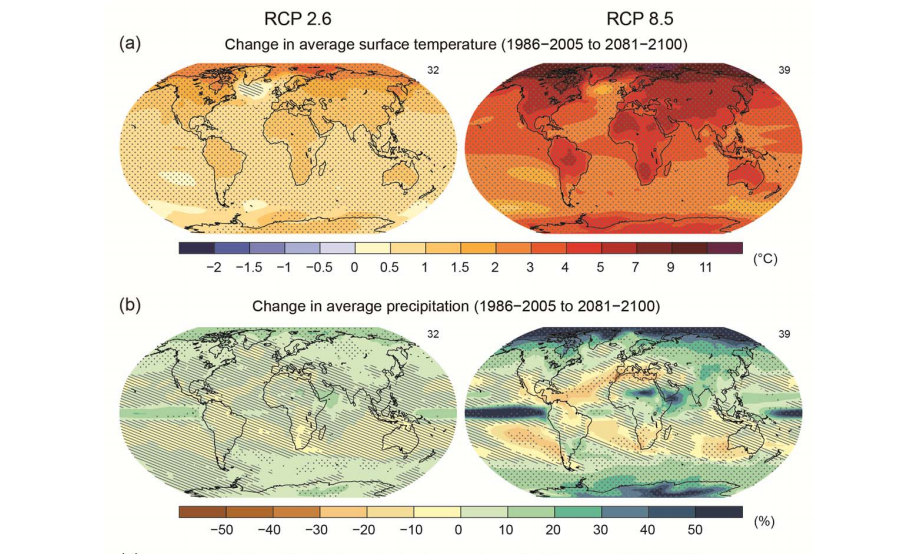 Changes In Temperature, Historical Vs. Future

Cool. The IPCC will eventually release a report about possible solutions to climate change, but that’s not slated to happen until October of next year.