Mean, Sexist Gorilla Gets Kicked Out Of Dallas Zoo

Patrick, a male gorilla with a history of not playing nice with others, is being moved to make room for the zoo's newest gorilla bachelors. 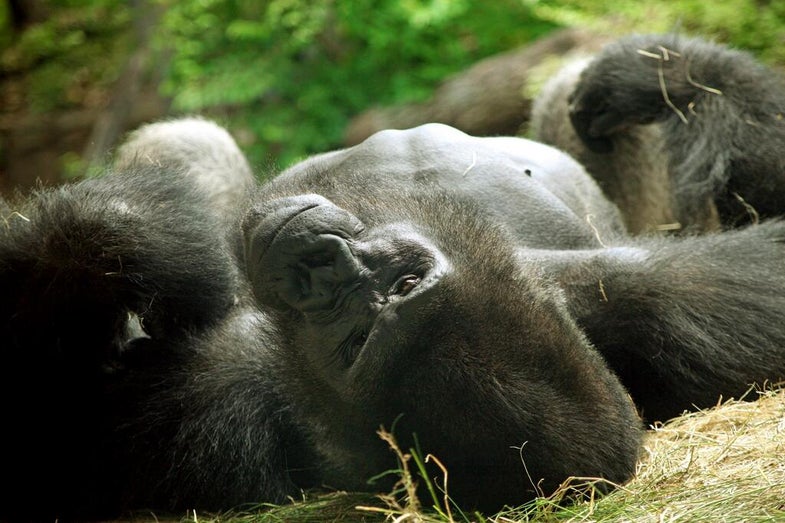 Patrick, a 23-year-old, 430-pound gorilla, has some struggles with the ladies. The western lowland gorilla, a resident of the Dallas Zoo for 18 years, has refused to integrate socially with the other gorillas at the zoo, especially the females. According to a statement from the zoo, “Two separate female groups were introduced to him, but his responses ranged from indifference to aggression.” Reuters reports that he bit one potential lady friend, and sneered and nipped at others.

So after years of effort, the zoo has decided to send Patrick away to the Riverbanks Zoo and Garden in South Carolina, to make room for their new gorilla bachelors, Shana and Zola, a breakdancing sensation.

Poor Patrick was abandoned by his mother shortly after his birth at the Bronx Zoo in 1990. He was raised with another male at the Toronto Zoo for the first few years of his life, then moved to Dallas when he was 5 years old. “It’s become clear that he prefers to live a solitary life,” the zoo’s vice president of animal operations said in the statement announcing the gorilla swap. “This move will allow Patrick to continue to thrive while creating an opportunity for our four remaining males to form a cohesive bachelor group.”

The zoo will be holding a farewell party this weekend for Patrick, complete with mini-cupcakes for visitors. Despite his cranky behavior among other gorillas, he’s known to be quite gregarious with trainers and visitors.