Dogs Are Perfectly Happy To Socialize With Robots

Dogs will interact with social machines. But will dogs assist the robots in taking over the world? 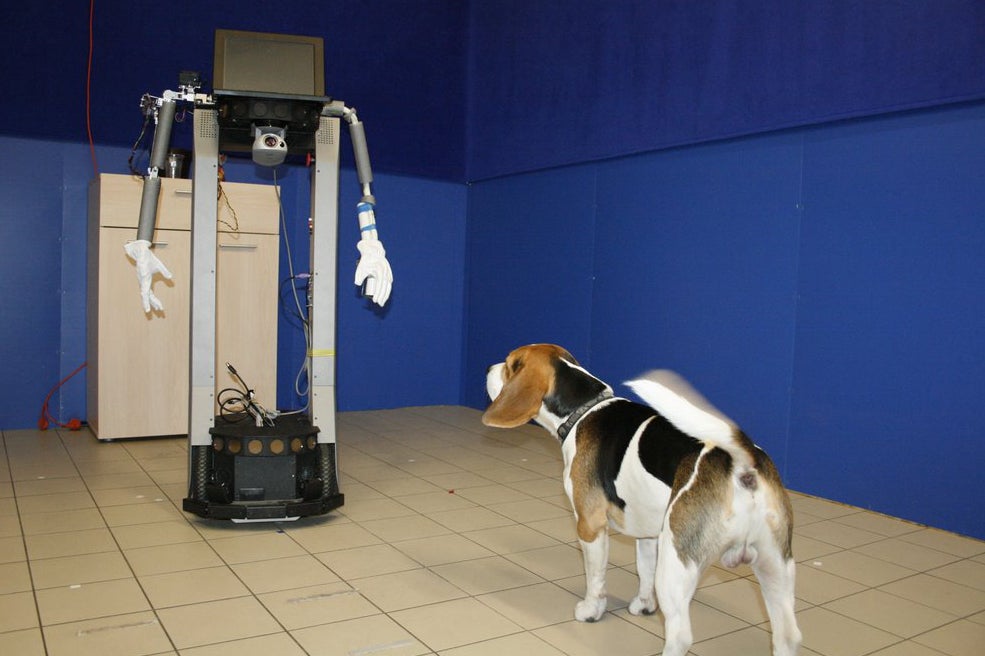 In the centuries-old best friendship between dogkind and humankind, humans are apparently easily replaced with robots. Seemingly loyal canines are totally willing to interact with cold, hard machines, according to a new study in Animal Cognition, gazing lovingly at their robot faces and finding hidden foodstuffs that the robot pointed to. Robots, stop taking things away from us!

The study investigated whether or not dogs would be willing to interact with an unfamiliar robot. It found that the dogs would interact with a cyborg–if the robot seemed like a social being, as evidence by its ability to talk to the dog and its owner. 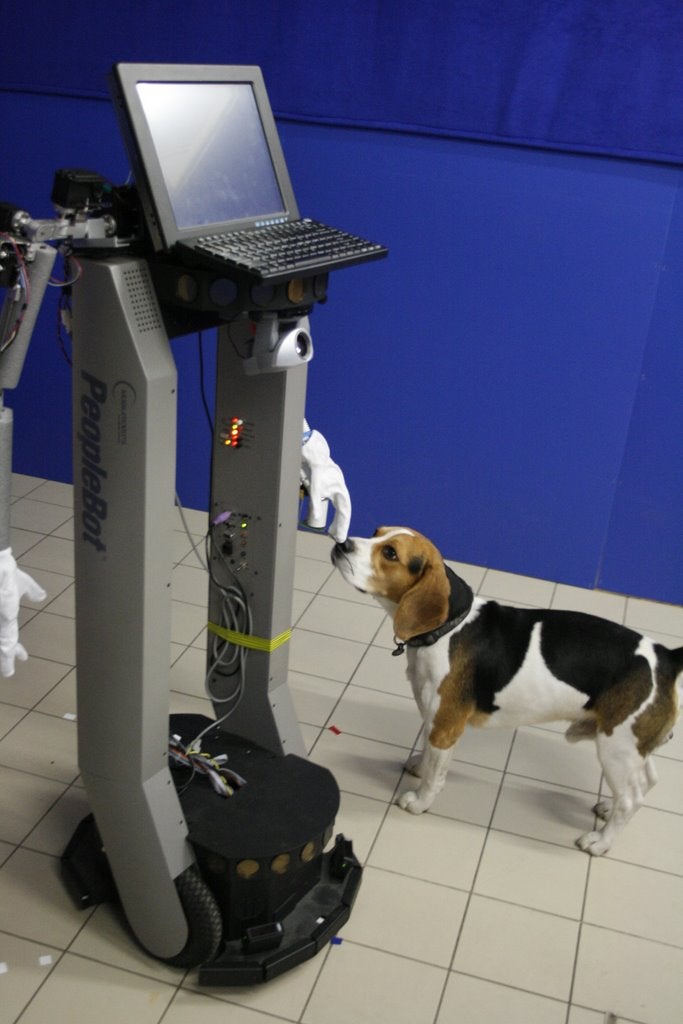 The PeopleBot telepresence robot used in the study looks a lot like “piece of gym equipment with a white gloved hand attached to it,” as the study’s press release notes. It would be hard for a dog to actually mistake it for a human being.

For the “social” condition, the robot, which has a movable arm and a touchscreen for a face, was programmed with pre-recorded words and sentences spoken by a human voice. The dog’s owner would walk into the room and shake hands with the robot, and walk around the room talking with it, to indicate that the robot was a social being. The robot would then call the dog’s name and drop food on the floor for it. The asocial robot would make beeping sounds instead of calling the dog by name, and the dog’s owner would type on its keyboard instead of talking to it.

While the dogs didn’t interact with the robot to the same extent that they normally do with humans, they spent more time hanging out near the robot or looking at its touchscreen head when the robot behaved socially. They were better at finding hidden food in the room when the social robot pointed to it, rather than the asocial one, though neither held a candle to the results when a human pointed to the food.

The study’s authors write that dogs “can provide information on how to construct an efficient and believable social robot partner.” Before you build a robot maid or gardener, test how much your dog likes it, is what they’re saying.

The full study is here.