Big Pic: A Sea Turtle In A Wind Tunnel 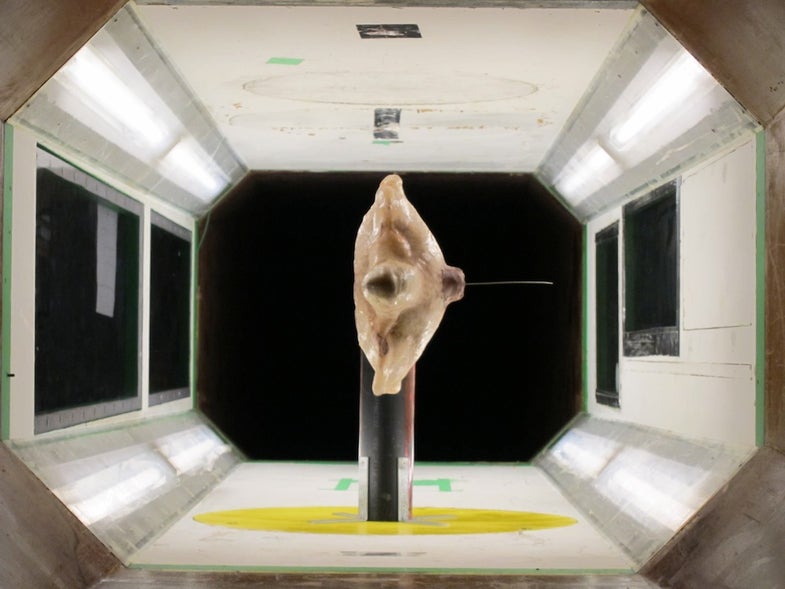 This is a fiberglass cast of a sea turtle, and it’s inside a wind tunnel. Researchers from Canada and the U.S. set up this experiment to test how tagging devices increase drag—and make life harder—for marine animals. They found tags increased drag by less than five percent for turtles at least two feet in size. Smaller turtles, however, suffer more. A foot-wide turtle feels more than 20 percent more drag with a tracker on, while a half-foot-wide turtle’s drag increases by more than 100 percent.

Trackers on sea turtles, fish, dolphins, and other animals send data to researchers about where its wearer travels, to what depths the animal dives, and more. This information is important for learning about different marine species and protecting them. At the same time, if the instruments subject animals to a lot of extra drag, that means just moving through everyday life requires a little more energy. Over long periods, that could reduce animals’ ability to grow, survive, and reproduce. It could even make it harder for an animal to zoom away from a predator. 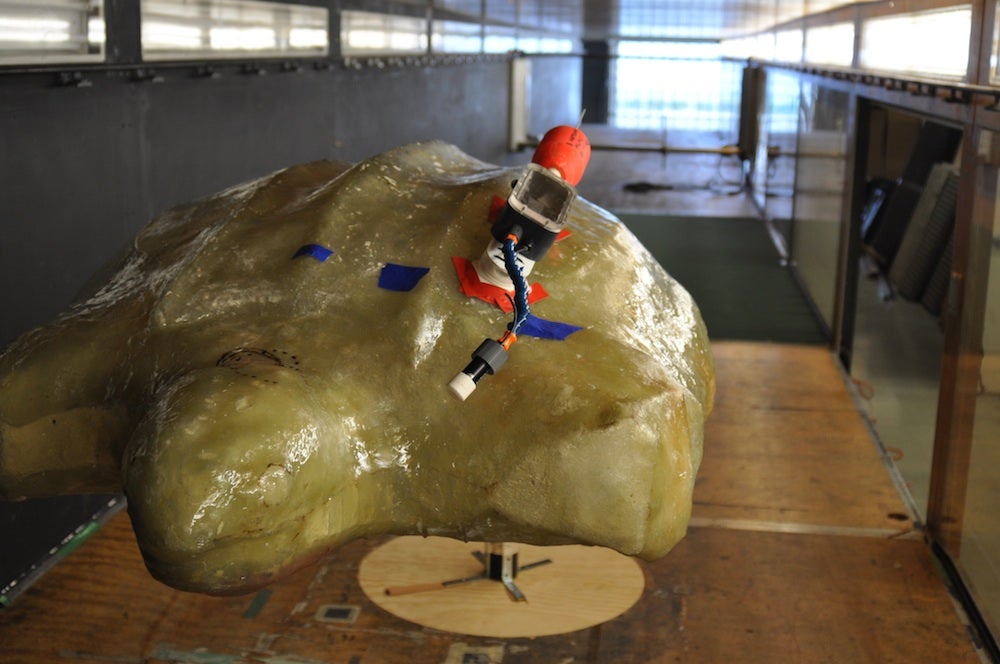 A really draggy tracker isn’t just bad for animals, it’s bad for scientists, too. Animals that are overly affected by their tags may give scientists inaccurate data about what other members of their species do. The wind-tunnel team used their data to develop guidelines for choosing tags for marine animals.

To come up with the data, the research team cast 11 turtles of different sizes. They stuck different commercially available trackers on the turtles, then observed the turtles in a wind tunnel. Fluid dynamics equations helped convert the wind tunnel results to underwater swimming.

The researchers published their work in the journal Methods in Ecology and Evolution. Check out more photos of the experiment from the University of British Columbia, one of the institutes involved in the research. 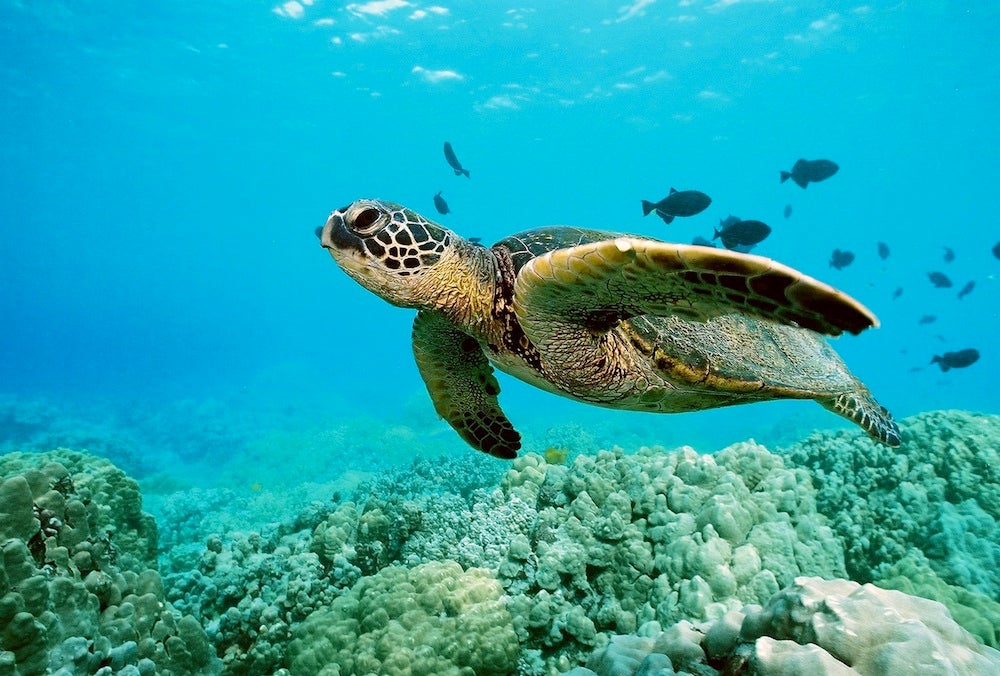