Find A Blue Chicken Egg? Congrats, Your Chicken Has A Virus

Not necessarily harmful! But just so you know. 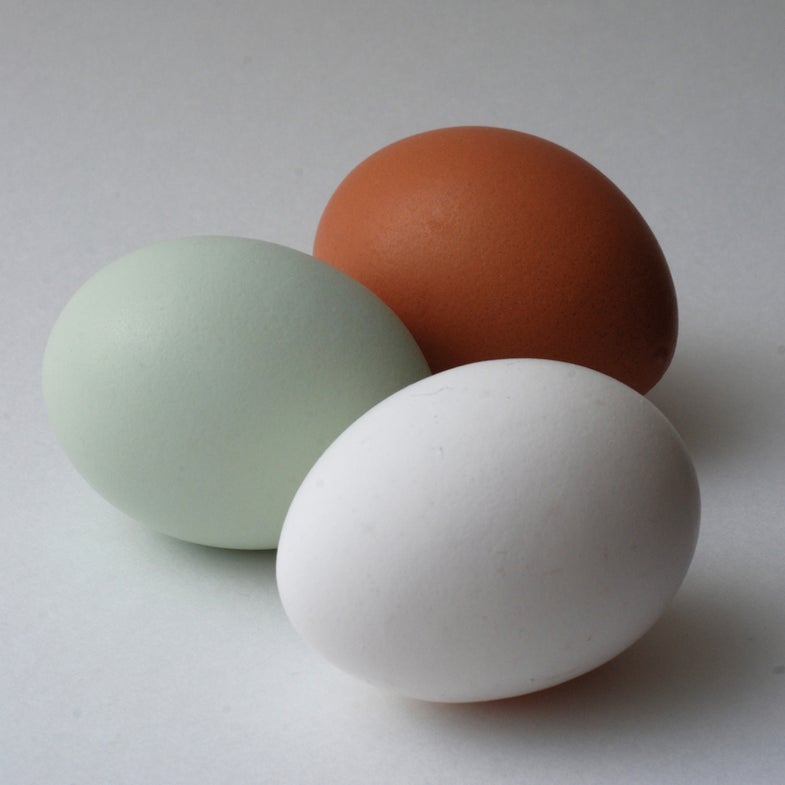 Here in the U.S., our eggs mostly come in two colors: white and brown. But there are two breeds, one in Chile and one in China, that are known to lay blue eggs. Yeah, weird, right? And a new study has figured out why that happens.

The Araucana chicken from Chile and the Dongxiang and Lushi chickens from China (none of which are particularly common in North America) are known to lay pale-blue eggs. This is rare for a chicken; while bird eggs can come in all sorts of colors and patterns, chicken eggs are almost always white or brown. So what’s the deal?

A new study found that a single gene, called callee oocyan, is responsible for the odd coloration of these blue chicken eggs. But how did it get there? Turns out that these chickens have a high incidence of a particular retrovirus, called EAV-HP. Retroviruses are a type of virus that integrates its own genetic data into the host in an unusual order. Instead of transcribing DNA into RNA and then into protein, retroviruses operate backwards, retroviruses have RNA, which they use to make DNA, and then integrate that DNA into the DNA of their hosts. HIV is probably the best-known retrovirus.

This EAV-HP retrovirus is responsible for inserting that weird gene, the one that turns the chicken eggs blue. Specifically, it changes the chemistry of the eggshell so that it can take in biliverdin, a bile pigment, from the chicken’s uterus. Weird! And not necessarily harmful; blue eggs are widely eaten and the Araucana, in particular, is a very popular exotic chicken breed. But now you know why their eggs are blue!