Space babies get major vertigo on Earth after a microgravity childhood. 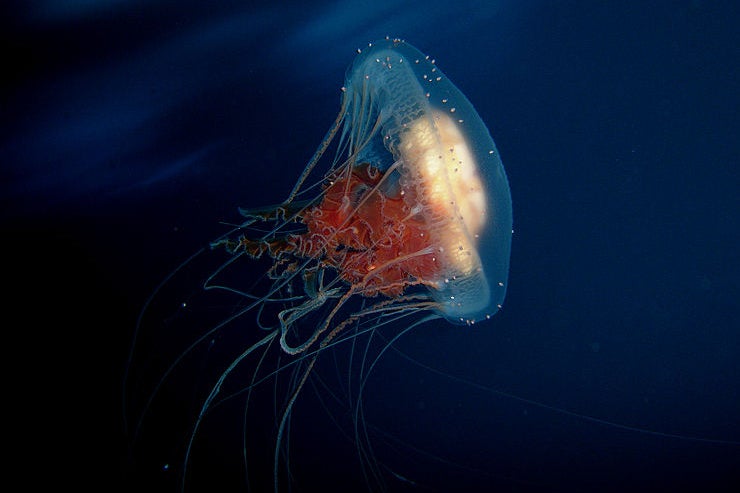 A warning for future space colonizers: Babies born in space might not ever figure out how to deal with gravity. Jellyfish babies, at least, have to deal with massive vertigo on Earth after spending their first few days in space.

NASA first started sending jellyfish to space aboard the Columbia space shuttle during the early ’90s to test how space flight would affect their development. As cool as being an astronaut baby sounds, the jellies didn’t develop the same gravity-sensing capabilities as their Earthly relatives.

Jellyfish tell up from down through calcium sulfate crystals that ring the bottom edge of their mushroom-like bodies. The crystals are housed in little pockets lined with hair cells, and when the jellyfish moves, the crystals roll around, signaling to the brain which way is up by stimulating those hair cells. The pockets seemed to develop normally in space, but the astro-jellies later had trouble figuring out how to swim around in normal gravity. They had abnormal pulsing and movement when returned to Earth compared to non-astronaut jellyfish.

Humans sense gravity and acceleration using otoliths, calcium crystals in the inner ear (similar to those jellyfish have) which move sensitive hair cells to tell the brain which way gravity is pulling. So if the jellyfish had trouble developing their gravity senses in space, it’s likely human space babies would get major vertigo too.