Seed dispersal by animals is important for plants to help them occupy new areas of land. Usually bugs, birds, or... 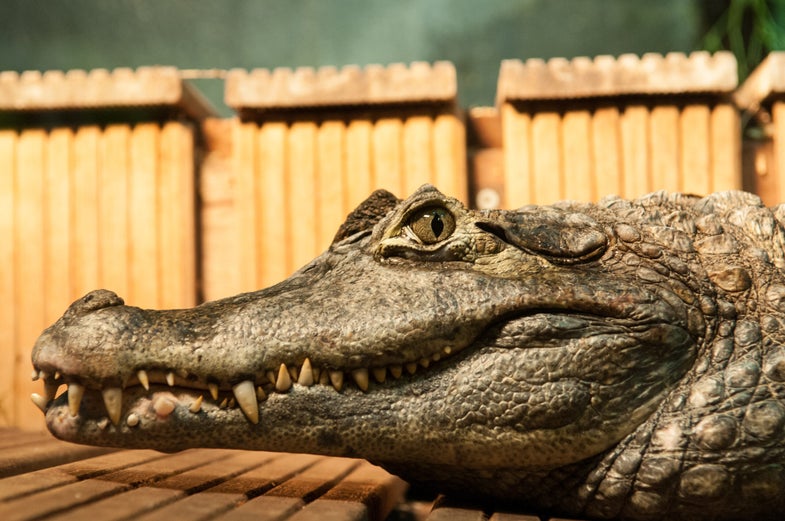 Seed dispersal by animals is important for plants to help them occupy new areas of land. Usually bugs, birds, or intrepid kittens do that job. Now we can add crocodiles to that list. A new study reviewed the diets of crocodiles and showed that 13 of 18 species ate fruit of some sort and a wide variety of plants.

Using animals as a method of seed dispersal is actually a useful form of mutualism – the plants get to spread their genes and animals get a healthy snack. In other reptiles seed dispersal is a well-known activity, although not as well understood as for insects, mammals, birds and even in snakes.

The recent study, published in the Journal of Zoology, shows that for crocodiles, almost a quarter of the fruits consumed were of the “fleshy” kind. However, none of the recordings were of direct observations of fruit eating, so exactly how or why they did is still a bit of a mystery.

Most of the evidence come from dissection of crocodiles’ stomachs and their faeces. So there is some chance that these crocodiles are indirect eaters of fruit who feast on fruit-eating animals. But direct observations (see video) have been made many times to believe that they might actually like eating fruits.

Why do it? First researchers that crocodiles learnt this behaviour from alligators in captivity. But the review makes note of observations in the wild. Perhaps it is similar to why dinosaurs consumed stones (gastroliths), to help with grinding food in their stomachs and get a tasty treat in the process. The energy values of fruits are pretty high, so consumption could be for a nutritional benefit.

Perhaps this odd phenomenon might help in part explain why crocodiles are such successful animals. If meat was ever in short supply, they had the capacity to diversify and track down other food sources, from vegetation and grasses.

The study reveals something interesting about the way scientists might operate. Crocodiles are obligate carnivores – their primary diet is meat – and as such, fruits are often classed as anomalous food items when found in their stomach and not considered in a physiological context. This mainstream view may have led to the ignorance that feeding on fruits could help their diet and energy balances.

That the review study picked up so many independent instances of crocodiles feeding on fruit and having ingested seeds is solid evidence for this. It shows that sometimes stepping back and taking a broad look at evidence can reveal some interesting things.

This is an edited version of a post that appeared on Jon Tennant’s blog.

Jon Tennant does not work for, consult to, own shares in or receive funding from any company or organisation that would benefit from this article, and has no relevant affiliations.