Jumping Spiders Are the Cutest, and You Can Catch Your Own

If you keep a backyard garden, you might have been startled recently by a spotted spider like this one, suddenly... 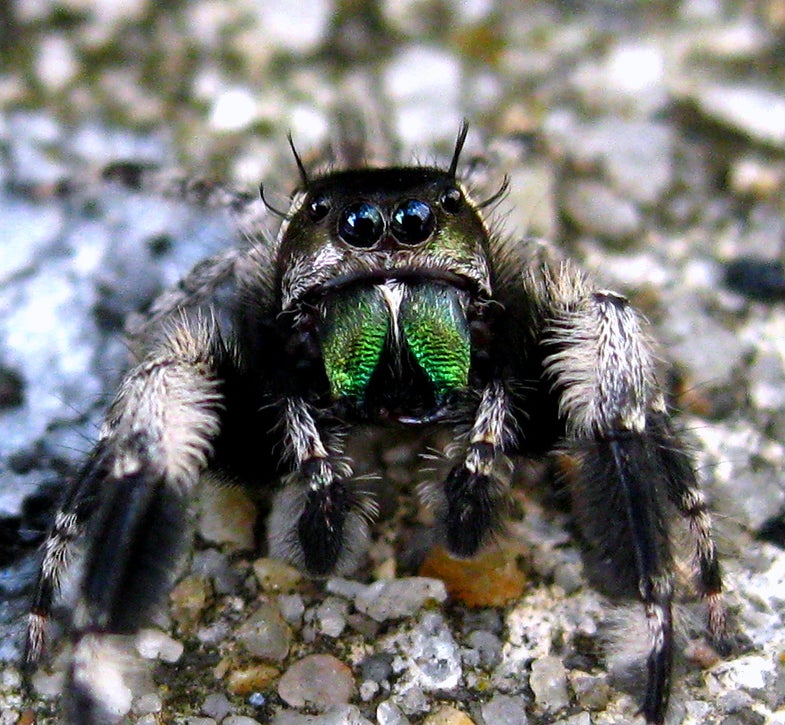 If you keep a backyard garden, you might have been startled recently by a spotted spider like this one, suddenly leaping huge distances through your planting beds. If so, lucky for you! The bold jumping spider, Phidippus audax, is a common daytime spider and friend of the gardener — it’s not poisonous, and it preys on common garden pests.

P. audax and similar spider species, like those seen below, can jump distances many times longer than their own 3/4-inch-long bodies, sneaking up and pouncing on their prey. They’re usually black or gray with spots on their legs, but P. audax is known for its bright metallic-green chelicerae (mouth-parts with fangs). Up close, they’re kind of adorable. 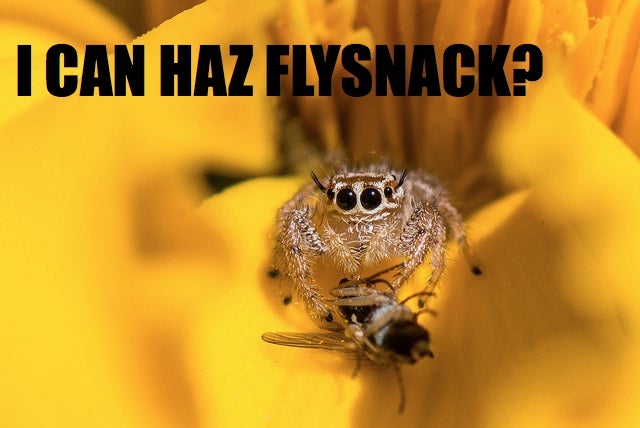 Jumping spiders have eight eyes, but up close, their two largest ones take on an almost cartoonish watery, pleading appearance. I mean: 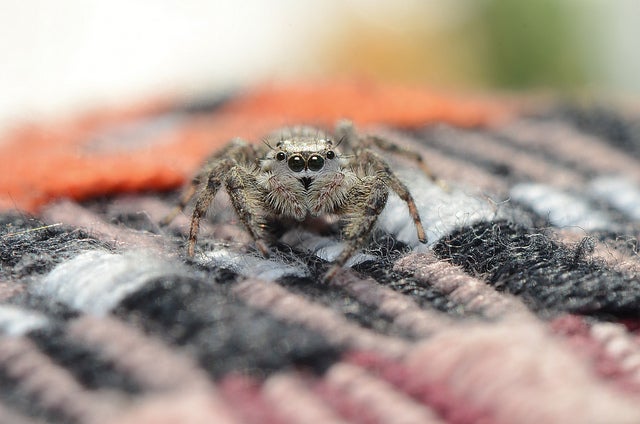 Zoologist Wayne Maddison of the University of British Columbia recently filmed a video explaining how you can find them in a variety of habitats. The key is a good beating stick and a beating sheet, for whacking the vegetation where spiders are hiding, and then catching them.

Jumping spiders don’t live in webs, instead going out on foot in search of their food. Females do build small silk retreats, where they produce and keep eggs until the spiderlings hatch. 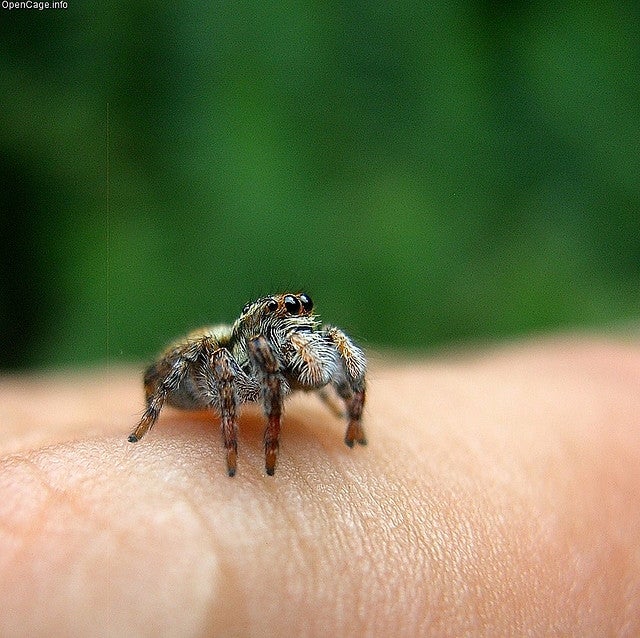 While hunting, jumping spiders might use silk guide-wires to catch themselves from falling. But this doesn’t mean you can’t catch them off guard: “If you give a really good whack the first time, the spider falls before it knows what is going on,” Maddison explains.

Watch here to see Maddison explain how to get some jumping spiders, or you can go to his website to find the transcript.