Male Bats Bust Out Complex Serenades To Woo The Ladies

They have a window of less than a second to attract a mate as she flies by. 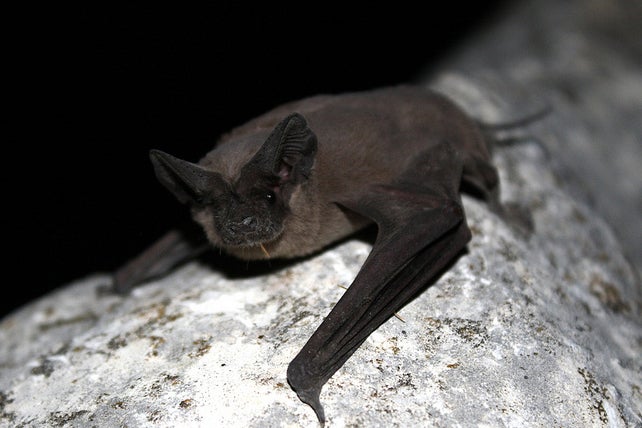 Though whales, gibbons and even mice can produce songs, mammals typically aren’t capable of altering their song composition and structure in the way that songbirds can. Bats seem to be the exception to this rule, producing variable songs that sound a whole lot like birdsongs. The nocturnal mammals, notorious for relying on their ears rather than their eyes, use singing to attract mates, rather than the visual cues typical of other animals, like brightly colored feathers.

Over a period of three years, Texas A&M biology professor Mike Smotherman recorded the calls and songs of the thousands of free-tailed bats roosting in the university’s football stadium. He found that male bats can be pretty creative when it comes to their serenades, creating different singing styles.

The seductive croons of free-tailed bats have a syntax and structure with different types of phrases and syllables, one that can alter songs based on the social context. The bats alter their phrases to produce new styles. 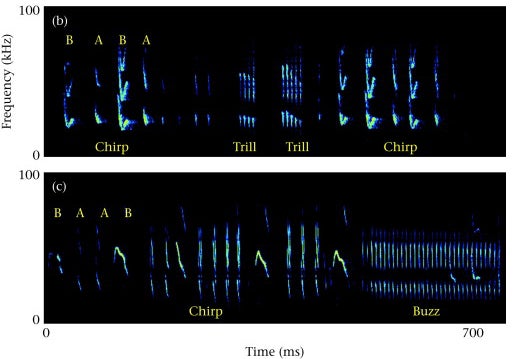 When it comes to finding a mate, the bat has to get to the point, and quickly. A romantic bat flyby only presents an attention-grabbing window about one-tenth of a second long, so a male bat uses one specific song to get a female’s attention as she flies by his roost at 30 feet per second. Then, if she deigns to join him, he mixes up the songs to keep her entertained long enough to get down to business.

No romantic duets, though, unfortunately: Bat songs are an exclusively male domain.

The research is published in Animal Behaviour.