The Eye of the Mantis Shrimp 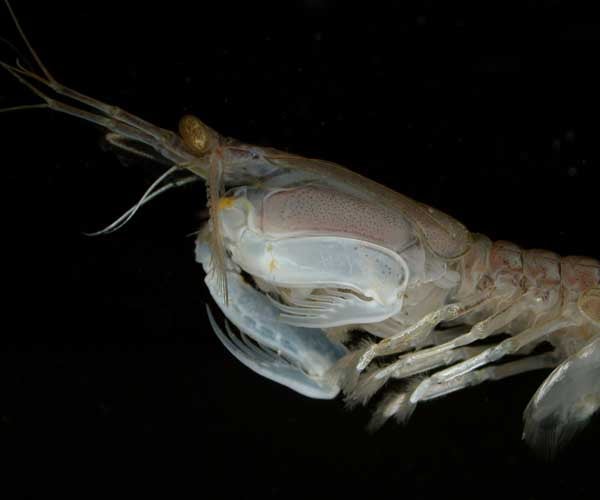 The mantis shrimp (which oddly is neither a mantis nor a shrimp, but a crustacean that resembles both) has arguably the most complicated visual system of any animal on Earth. Its compound eyes sit on independently moving stalks and can see colors ranging from ultra-violet to infra-red. Each eye is divided into three regions for tracking motion, forms, depth, and color. All of this, it is theorized, is done without the aid of its tiny brain. (It’s also got claws that can smash through glass, but that we’ll save for another article). Now add to this an entirely new kind of vision previously unknown: the mantis shrimp can see circular polarized light.

Why the mantis shrimp has the ability to, in effect, put on 3-D glasses is still a mystery. But Professor Justin Marshall (the researcher who discovered it), from the Queensland Brain Institute, surmises it has something to do with sex. Only the males are able to see this way, so his theory is it is some as of yet unknown communication for mating. “[We] humans only have three color channels,” he said. “These little guys have 12, and can see both linear and circular polarized light—it is remarkable.”