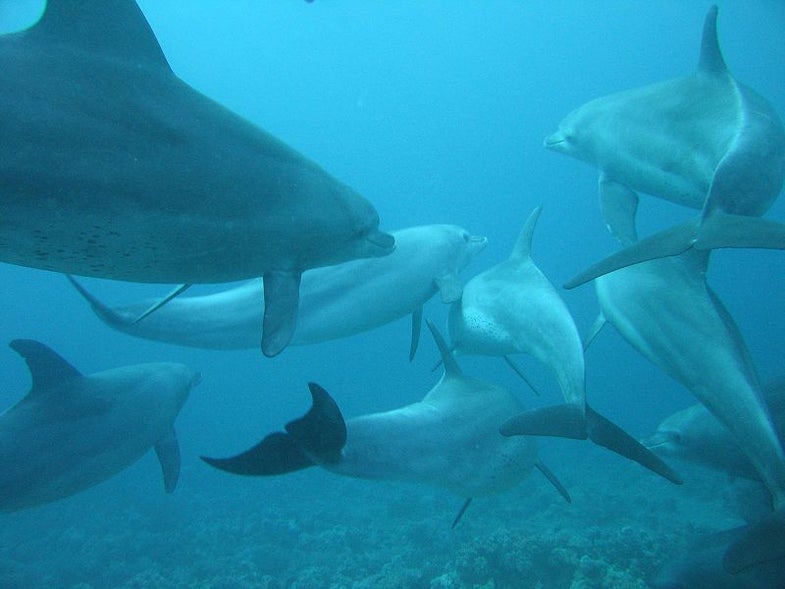 A passive sonar beacon could prevent dolphins like these from becoming entangled in fishing nets. Serguei S. Dukachev
SHARE

In the past decade, navies have been roundly criticized for extensively testing active sonar due to its potentially detrimental affect on marine life. Military-grade active sonar sends out a powerfully loud low-frequency signal with a range anywhere from tens to hundreds of miles under water. The effect on whales has been well documented—it’s akin to you or I standing next to a jet engine without ear protection. The active sonar interferes with their ability to navigate, often stranding them in unfamiliar waters where they may be unable to find food and starve to death.

Fortunately for whales and other cetaceans (dolphins, porpoises) who use echolocation, an entirely different sonar technology may now prove to save these animals’ lives.

Fishing nets are estimated to kill upward of 300,000 cetaceans every year. The problem is the nets are too thin and amorphous for the animals to see with their sonar and so they get caught unintentionally. Now, a beacon used by the British Navy to mark mine fields has been miniaturized to the extent that it can be strung on to fishing nets to warn cetaceans to stay away. The device is a spherical plastic shell which acts like a satellite dish to amplify and reflect sonar waves. It is entirely passive (meaning it doesn’t transmit sound, only listens for it), which gives it a big advantage over battery-powered active-sonar equivalents which can be difficult to maintain. When a dolphin’s sonar hits it, the signal is sent back so that the animal knows something is ahead in the water and can swim to avoid it.

While the beacon is a promising technology, it does nothing to prevent the entanglement of cetaceans who do not use echolocation to navigate. For those animals, the only current recourse is better fishery management.