World’s First All-Electric Locomotive Has Over 1,000 Batteries, Runs 24 Hours On a Single Charge

Norfolk Southern is the latest company to push a piece of heavy industrial machinery into green territory with their 100%... 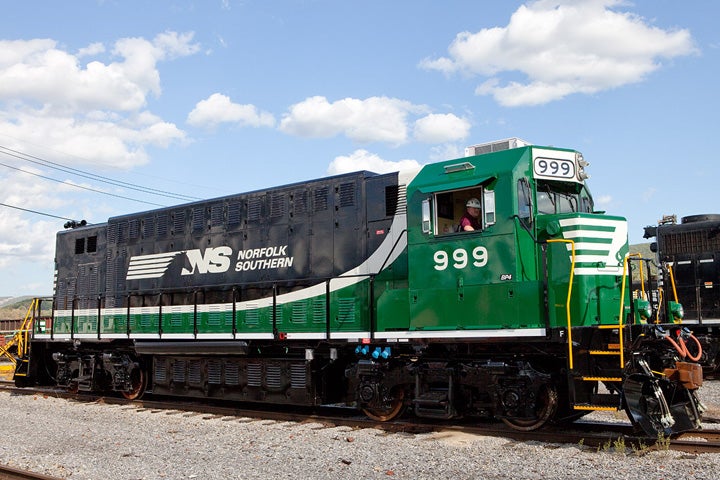 Norfolk Southern is the latest company to push a piece of heavy industrial machinery into green territory with their 100% electric NS 999 locomotive. The zero-emissions train makes use of 1,080 12-volt batteries that allows it to run for 24 hours on a single charge–all while carrying the same load as a conventional locomotive.

Developed in conjunction with the Department of Energy, the 1,500 horsepower machine makes use of regenerative braking for extra power and is also able to recharge in just two hours (requiring calibration once a week).

And here’s the best part: Norfolk Southern says it costs the same to make as a traditional locomotive. So from the sounds of it, there’s no downside to shoving the old coal-guzzling engines to the side (along with their their significant greenhouse gas emissions).

[via NS Corp via Inhabitat]