The Doping of the Bulls 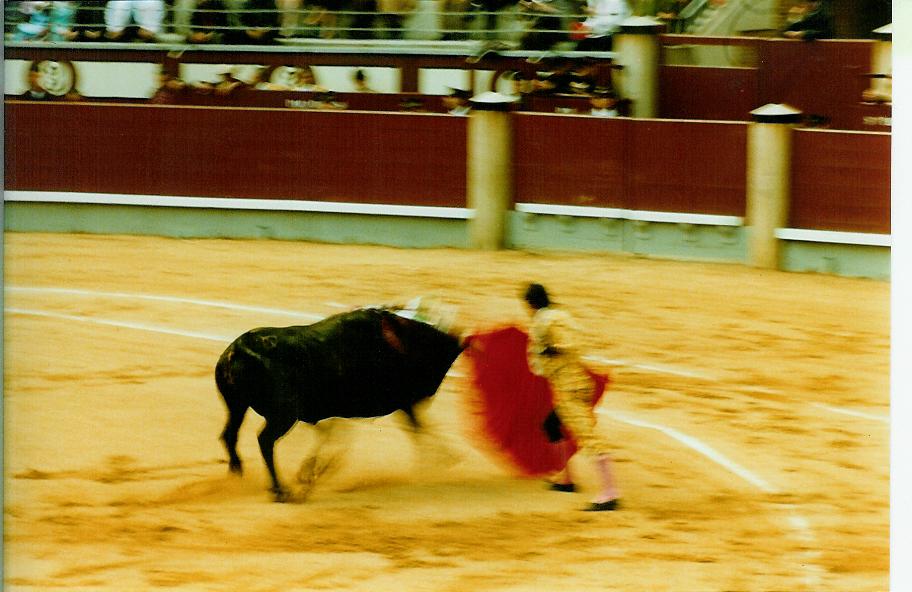 We give up. Even the animals are doping. A report this week in the Spanish newspaper El Mundo said that bulls fighting next month as a part of Madrid’s San Isidrop festival will be subject to drug tests if they’re behaving in a suspect way (like running at men holding red capes?). Unlike with humans, these drugs won’t be helping the bulls. Corticosteroids or tranquillizers are intended to make it easier for the matador.

“[The drugs] give the bull more resistance and can disguise a limp or an injury, which allows the animal to pass initial tests,” says Ricardo Mirat, a vet at Las Ventas bullring in Madrid.

Seriously? As if killing a bull in a “fair fight” wasn’t bad enough, now we apparently should be picking on gimpy bulls. Stacking the deck for the matador, however, isn’t anything new. In 1985 a few bulls lost their balance during a fight triggering accusations of doping (or a long night on the town). And reports of horn shaving, a process that disorients the bull and makes their only weapon less lethal, have cropped up repeatedly over the years.

If you’re not man enough to fight a real bull, then use your sword on a mechanical one. And as for the ranchers, who will be fined up to $95,000 if caught, I’d propose each be required to participate in the running of the bulls: Yearly.